How to Become an Old Master? Turn on the Youtube First! 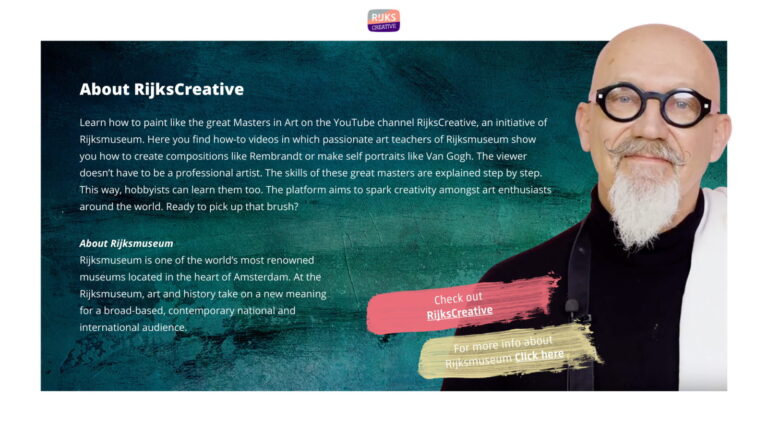 I can't draw, I can't paint, I can't sculpt or do pottery. But I can watch videos on Rijksmuseum Youtube channel called RijksCreative and imagine I'm a Great Master, too. If you have canvas and brushes, and some more talent than I do, you can do better than I and actually paint something.

Art historians and painters from Rijksmuseum, and a really friendly narrator, explain in colourful and captivating videos how great painters worked and then they show you step-by-step how to do the same.

The first series was released in January 2019 and it is all about Rembrandt van Rijn (in the end it's Rijksmuseum!). In seven separate lessons you can learn how to do Rembrantesque self-portraits, how to arrange similar compositions, how to paint his characteristic light, and even how to make your own paints the way he did.

The second series began in May 2019, takes a broader perspective and looks at art-making in general, starting from the Middle Ages to arrive up to the 20th century. Each of the episodes will present a different period and one of its most famous artists. For example, the Renaissance is represented by Fra Angelico, while the 17th century focuses on Pieter Claesz and still lives.

In next videos we'll hear about Vermeer’s realism and camera obscura, or en plain air painting on the example of Breitner.

The episodes are published every second Thursday so click here pick up your brushes and get to know how to become an Old Master!