Guns, Fire and Blood: Paintings For Our Uncertain Times

Art and politics have always been closely interrelated. Artists documented the events or narrated them, often manipulating the truth. Art is full of propaganda, protest and revolution. In the times of political turmoil all over the world, art does not bring consolation. On the contrary, it rather shows that not much has changed over the time. 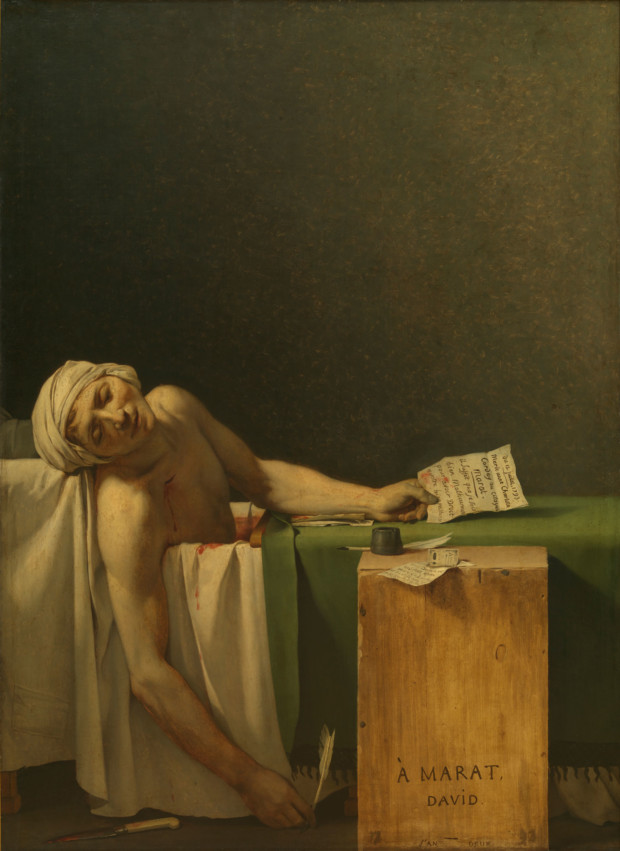 Jacques-Louis David, The Death of Marat, 1793 Royal Museum of Fine Arts Belgium[/caption] David was Marat’s close friend and they had even met a few hours before Marat’s death. They both were the supporters of the French Revolution whereas the murderer, a woman who stabbed Marat while in the bath, was a royalist. She had written a letter to him, pretending to be asking for a meeting to receive some kind of financial support from him. You can see that Marat is still holding this letter and his written response to it. He didn’t have time to sign his offer of help. 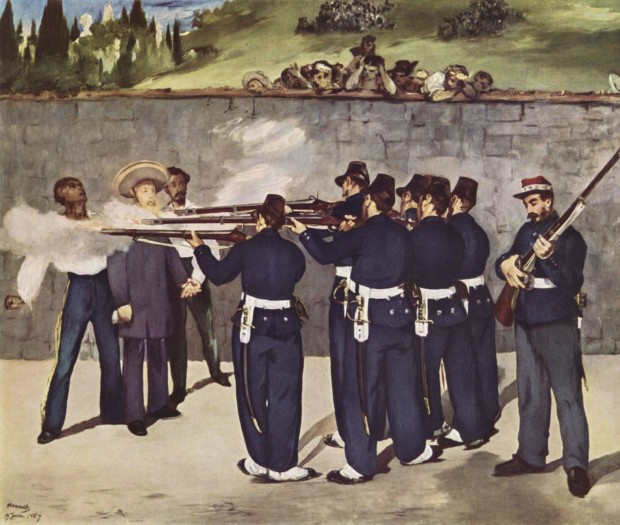 Edouard Manet, The Execution of Emperor Maximilian, 1868–69  Kunsthalle Mannheim[/caption] Napoleon III had installed his nephew Maximilian I as a new ruler of Mexico. The people didn’t like it at all, especially that Maximilian was inexperienced and completely incompetent as a ruler. Having realized how furious Mexican people were, Maximilian tried to flee but the army captured him and organized an execution. Napoleon seemed not have been very moved by this fact. 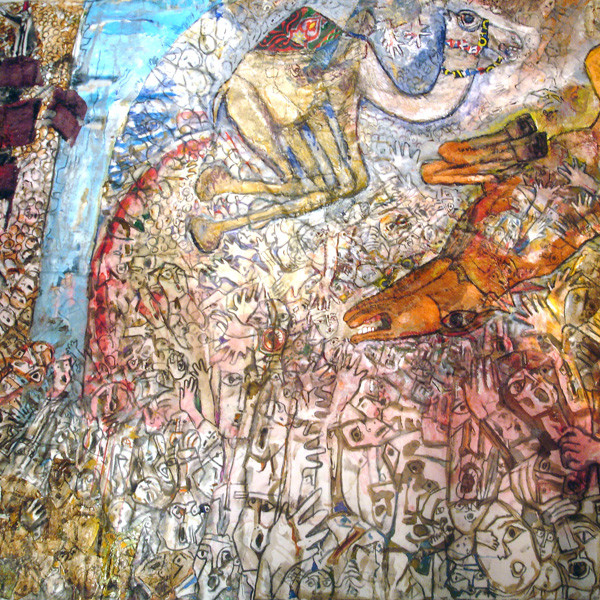 George Bahgory, Tahrir Square, 2012[/caption] This is a depiction of the Tahrir Square in Cairo during the protests of the Arab Spring. The disordered composition reflects the turmoil of the streets: limbs are tangled, people panicked, a horse and a camel seem to be flying or falling down on the crowds. Baghory uses historical allegories which are well known to the Egyptian nation: the long line of blue referrs to the Nile, the river of life, which flows near the square. The dromedary is a double symbol of Egypt with a hump shaped like a pyramid. 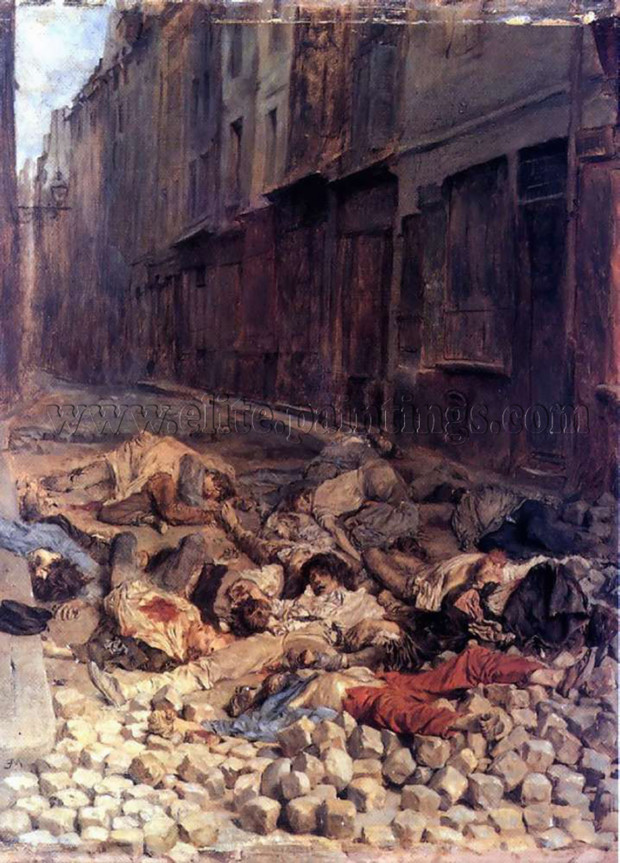 Ernest Meissonier, The Barricade, rue de la Mortellerie, June 1848[/caption] The 19th century was filled with the revolts and social unrest all over Europe. France gave the beginning to national uprisings which directed against the consequent unstable governments installed in France. The narrow streets and alleys allowed Parisians to build barricades which would temporarily stop the soldiers. When Haussmann rebuilt Paris for the emperor Napoleon III, he purposefully widened them to hinder the construction of barricades in the future. With time barricades turned into a symbol of resistance, unity and persistence- see Delacroix’s Liberty Leading the People. Although often romanticized in art, the uprisings were as shown by this painting: bloody and unsuccessful. 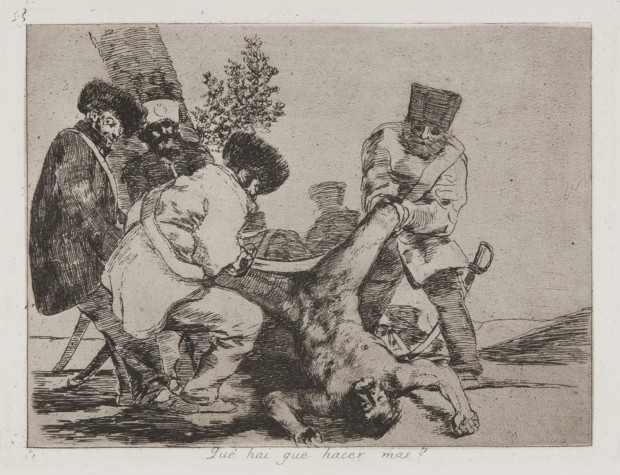 Goya, The Disasters of War, 1812[/caption] Goya was a libertine who didn’t like the Spanish court. He preferred France and looked up to it as an enlightened land of reason. Yet as soon as France had invaded Spain and dethroned the king, Goya realized how unjust he was. The sadistic cruelty of the French soldiers traumatized Goya and marked him for ever. Two years after the war he offered the new king a set of terrifying prints which showed the real face of the war. 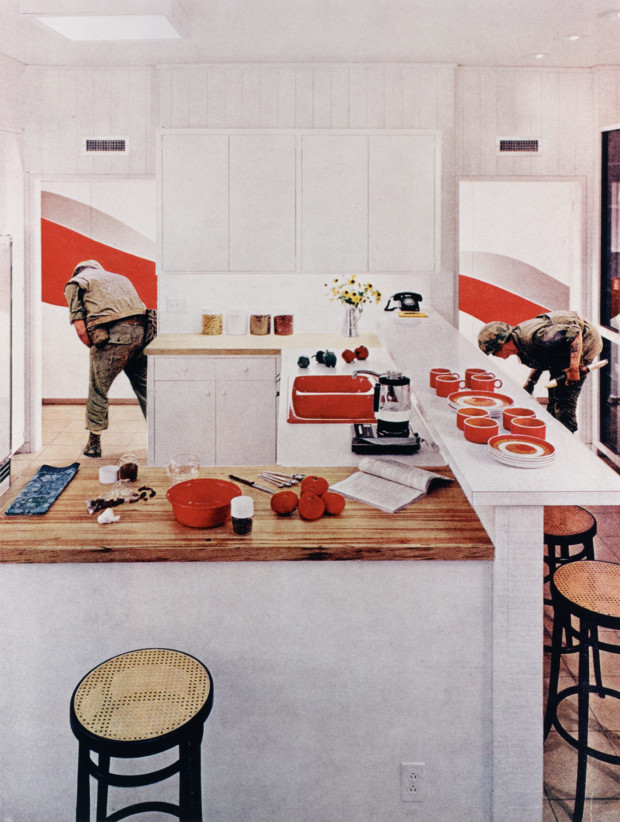 Martha Rosler, House Beautiful: Bringing the War Home, Red Stripe Kitchen, 1967-72[/caption] Many Americans were fed up with the American invasion of Vietnam. All the more because it was the first fully tellevised conflict which everyone could watch in their homes. The media coverage of the war was very extensive and the photographs from the front often appeared in the lifestyle magazines on the pages next to the adverts and cooking recipes. These photomontages comment on this phenomenon: they juxtapose the perfect and idyllic American homes with the horrors of war. The result is thoroughly moving.