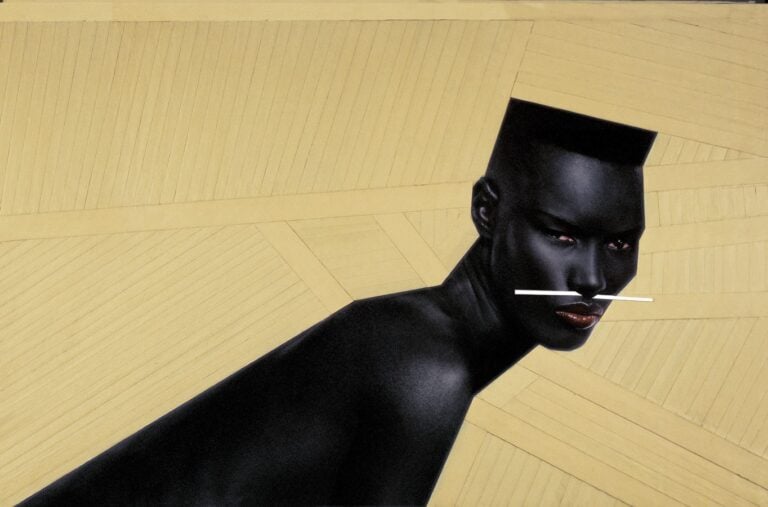 Hey, music fans, yet another post for you! I’m sure you’ve heard Libertango and know its author, Grace Jones, who was a music legend of the 70s and 80s (her animated music videos featuring fantastic collages sweep off the feet with their originality!). But can we call her a visual artist? Is her image as a music icon art?

Grace’s image owes a lot to Jean-Paul Goude, a French artist, illustrator, and graphic designer who met her one night in New York in the late 70s. Their resulting collaborative, and romantic, relationship is one of the most influential in the history of music, as well as art history, as it is one of the exponents of postmodernism.

Goude designed her album covers, directed her videos but was not a sole author of the iconic image. It was Jones, who had close ties with the world of high art, she knew Pop artists such as Andy Warhol, or street artists like Keith Harring, and her style was described by some as neo-cubist.

In 2012 Jean-Paul Goude said: “She’s feminine, no doubt about that, but I’ve always thought that she was far more beautiful without the artifices she employed to make herself more feminine. I tried to emphasize that body shape through a sort of minimalist German expressionism, with its games of shadows and its angular shapes.”

However, Goude’s treatment of the Jones’s image is highly controversial since many saw it as a hypersexualization and exotizing of a black female body. Many called it an exploitation and fetishization in which Grace was just an instrument, a hyperbole for Goude’s ideas. However, Jones never felt this way. What do you think?