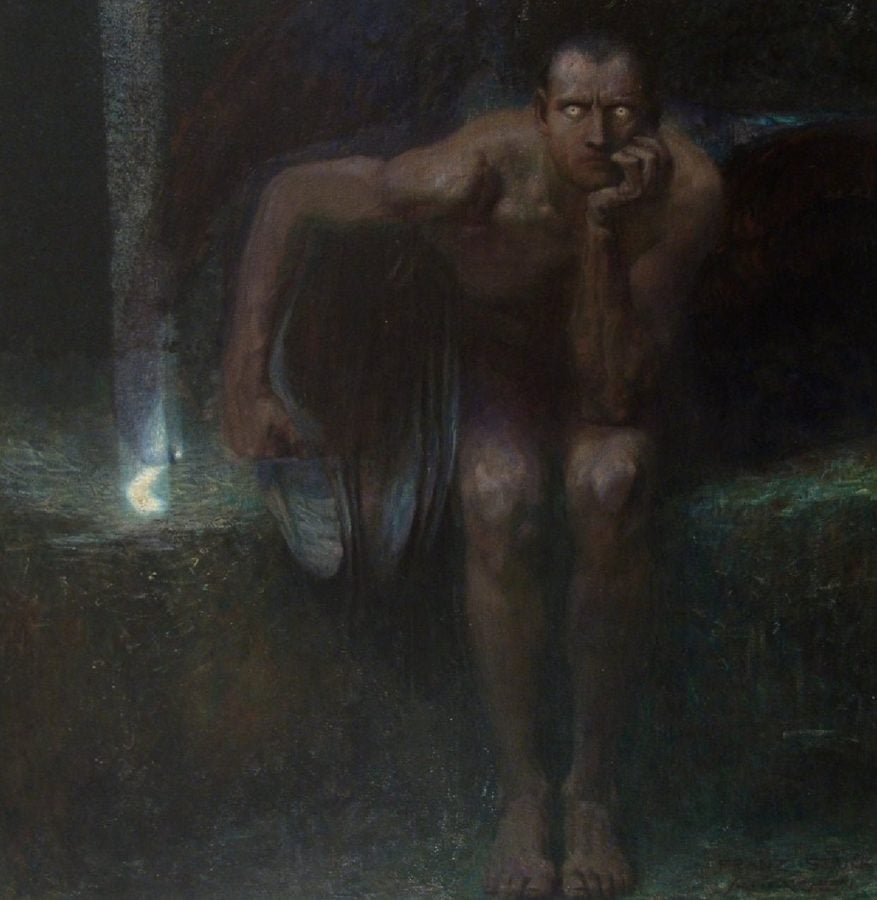 We start a new series of articles where every week we will present you a story about one particular piece of art. If you have any requests, please leave your comments below. Meanwhile,  Halloween is coming soon, on this occasion we want to present Lucifer by Franz von Stuck –  a scary and provocative masterpiece of a dark symbolism. 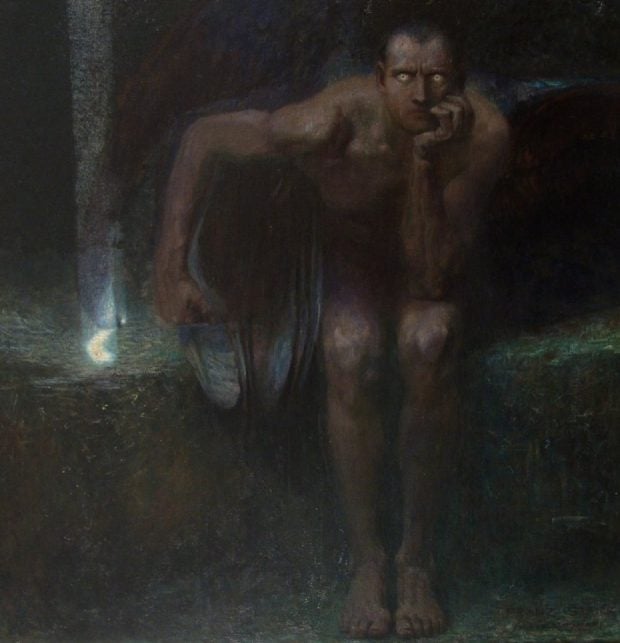 Franz von Stuck was a German artist and one of the founders of the Munich Secession, he was known in the late 19th century as Munich’s “painter prince”. The painting belongs to Stuck’s “dark monumental” period, presenting an image of “man-demon” – it’s Symbolism in a full swing. Ready for more?

“When choosing my subject matter, I seek to render only the purely human, the eternally valid—such as the relationship between man and woman,” the artist said in 1912. “Most of my paintings feature a ‘he’ and a ‘she.’ I would like to glorify the strength of man and the soft pliancy of woman. Even in my religious paintings, I seek to highlight the human aspect, that which is universally understandable. In my mind, a savage would be able to see that it is a noble man here who is nailed to the cross between two barbarians.”

Stuck’s painterly subjects oscillate between life and death, the Apollonian and the Dionisian. Von Stuck’s big idea is humanity itself, all its passion and pain, all its contradiction. Lucifer strikes the viewer not just as an embodiment of evil, but an embodiment of the human element in evil. Prince Ferdinand of Bulgaria, once owner of Lucifer, told von Stuck that the painter “terrified” his ministers, who made the sign of the cross upon first sight of the fallen archangel—a story von Stuck retold with glee, one presumes.

If you find any joy and inspiration in our stories, PLEASE SUPPORT
DailyArt Magazine with modest donation. We love art history and we want to keep going with writing about it.
$5 $10 $25 $50 $100 MONTHLY
Related Topics:symbolism