Eugene Delacroix – The Death of Sardanapalus 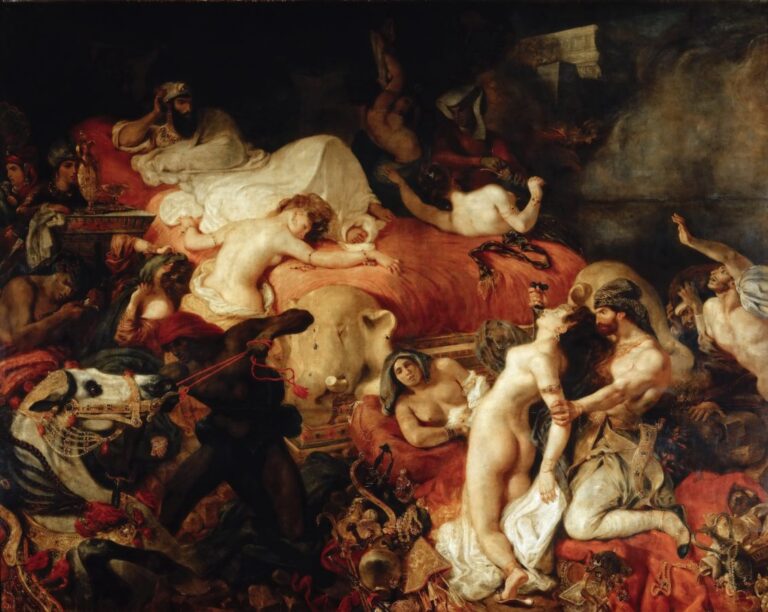 The Death of Sardanapalus is one of the most spectacular paintings of Eugene Delacroix. It currently hangs in the Musée du Louvre in Paris but there is also a smaller replica, painted by Delacroix in 1844. The Death of Sardanapalus is based on the tale of Sardanapalus, the last king of Assyria, from the historical library of Diodorus Siculus, the ancient Greek historian. Directly, it was inspired by Lord Byron's play Sardanapalus (1821), and in turn inspired a cantata by Hector Berlioz, Sardanapale (1830), and also Franz Liszt's opera, Sardanapale (1845–52, unfinished). Delacroix for the first time showed it publicly in the Salon of 1827. [caption id="attachment_5032" align="aligncenter" width="620"] 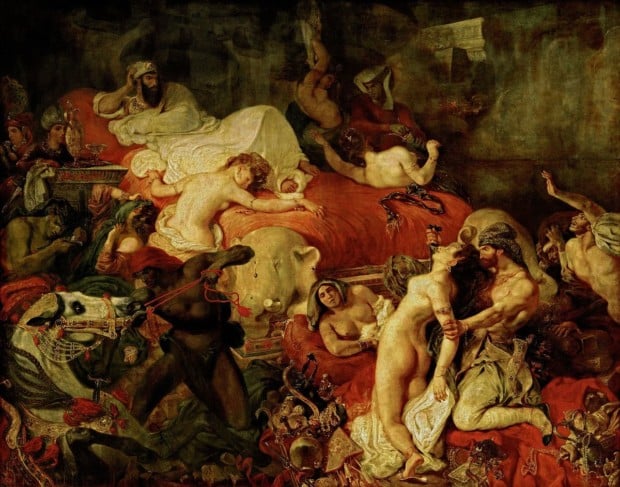 Eugene Delacroix, The Death of Sardanapalus, 1827, Musee du Louvre, Paris[/caption] People hated it. It was controversial and polarizing for one very significant reason: it was not a Neoclassical painting. Delacroix’s main figural subject was Sardanapalus, a king willing to destroy all of his possessions, including people and luxurious goods, in a funerary pyre of gore and excess. This man was not a hero - Sardanapalus was the antithesis of neoclassical traditions, which favored subdued colors, rigid space, and an overall moral subject matter. He also used foreshortening to tilt the death scene directly into the space of the audience, a far cry from the subdued order of traditional academic paintings. One critic even called the painting “the fanaticism of ugliness”. The artist's fascination with violence caused that his piece was not on public display again until many years after its first exhibition. [caption id="attachment_5033" align="aligncenter" width="620"] 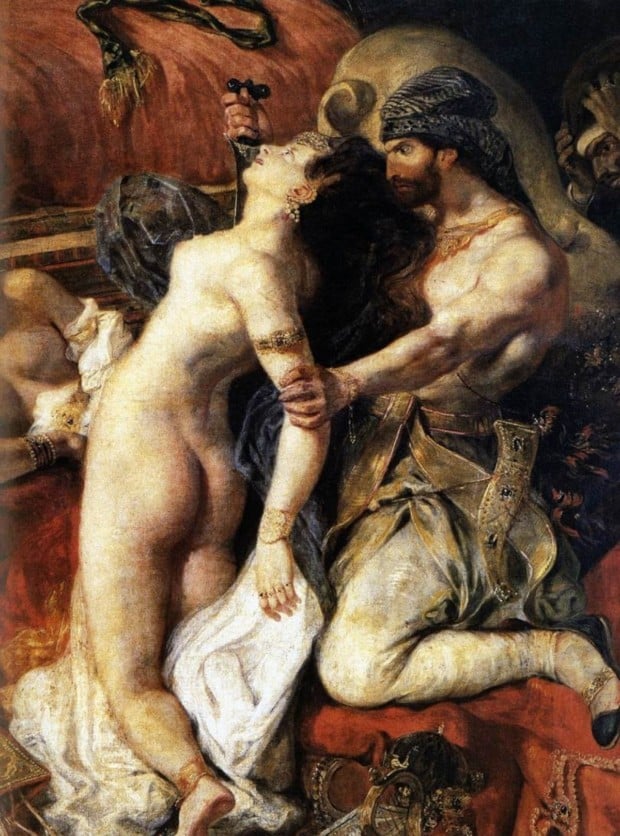 Eugene Delacroix, The Death of Sardanapalus, 1827, Musee du Louvre, Paris, detail[/caption] Delacroix wanted to emphasise the magnitude of disaster. The ancient king surrounded by chaos; he has just ordered the death of his women, slaves, horses and most treasured concubine after learning of the defeat of his army. He would much rather destroy his own most valuable possessions than have left them in the hands of his enemies. Some of the elements on the painting are inspired by Egyptian and Indian artefacts. . The second, smaller version of the painting, now in the collection of Philadelphia Museum of Art was painted by Delacroix before selling the larger work in 1846.