Eli Rezkallah: I Created My Own Fantasy World 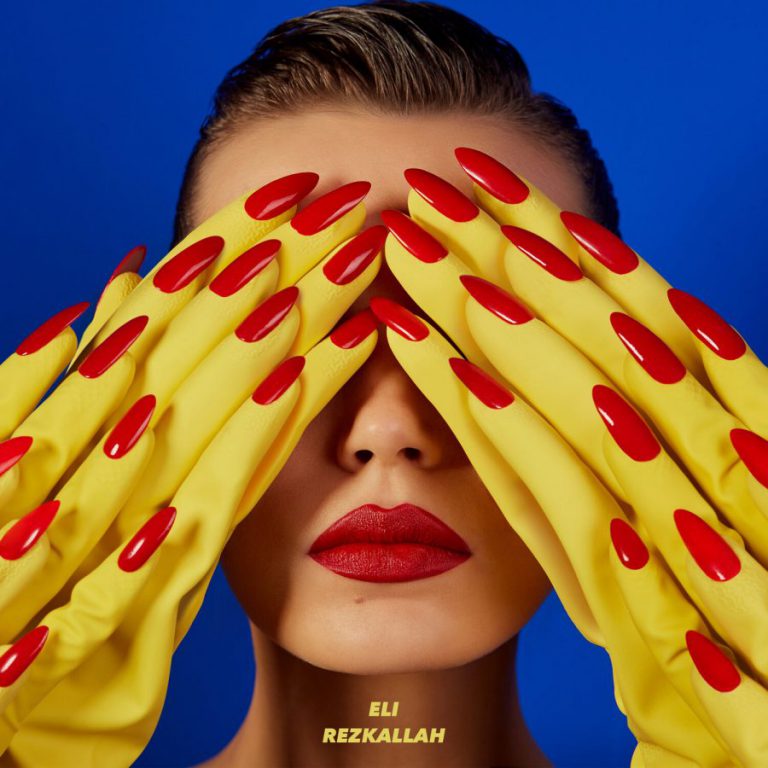 Is Kylie Jenner the New Venus? Interview with the Artist Marco Battaglini

We all know the iconic lyrics for the James Brown song “It’s a Man’s Man’s World”. Since 1966 it reminds us that the world has always been of men, in the wake of an America in which being a woman meant being a mother and a wife. They called it “the American dream” to achieve material well-being through hard work: a house in a quiet and peaceful neighborhood, a garden, a lot of appliances, and a family. Eli Rezkallah inverts this world.

The greatest aspiration for a woman in this male-centered dream life was to find a husband who would fulfill that dream for her and with whom to have children, to form the picture of a perfect family, and fill her inner void with a few extra appliances. This stereotype was continuously fueled by advertisements, magazines, or posters that displayed the joy and satisfaction of women in that wealthy condition. The media were able to persuade an entire continent to lead the lifestyle depicted on those billboards, even when these were filled with brutal irony for the female gender. These sexist advertisements of the 1950s and 1960s artist, fashion photographer, and creative director Eli Rezkallah reinterpreted in 2017, reversing the parts of man and woman.

“To be honest, I’m not interested in reality. I’m not interested in realistic depictions of women today. TV and social media do that. Most of my work is a private, imaginary representation of a woman’s state of mind. It’s about that moment where, no matter where she is or how good she looks, she zones out and thinks of that one thing that would make her entire world collapse.”

Perhaps you will remember him, since his brilliant photographic
project called In A Parallel Universe quickly became viral all over
the world.

“Last Thanksgiving, I overheard my uncles talk about how women are better off cooking, taking care of the kitchen, and fulfilling “their womanly duties”. Although I know that not all men like my uncles think that way I was surprised to learn that some still do, so I went on to imagine a parallel universe, where roles are inverted and men are given a taste of their own sexist poison.”

Thanks to this series he pleased many women, and made us giggle. However, digging deeper into his artistic career we can find a sensitivity that goes far beyond the edgy irony of this single series. Its content extends to more challenging issues regarding his past.

Eli Rezkallah was born in 1986 in Beirut, Lebanon, and grew up in an isolated community which, though not directly affected by the war that devastated his city, still bore the brunt of living in fear of all that was happening outside that oasis.

For this reason, in the 90s Rezkallah found himself surrounded by women showing off and excessively caring for their image. This was in order to ignore the political and social situation of their country and not sink into despair, as a distraction and defense mechanism.

In his documentary Eli Rezkallah: A Dare Greatly Story the artist speaks openly about his memories inhabited by perfectly made-up and dressed women in any circumstance, assiduous frequenters of surreal neighborhood parties, organized every now and then with the sole purpose of forgetting the reality. They were all stuck there, one step away from death.

The example of his mother was very strong for him, who – as he says – still today does not leave the house if she’s not wearing a pair of high heels. Therefore Eli Rezkallah’s artistic production is inspired by the women of his country and their deep discomfort, dictated by fear and suffering, for the role they play within Lebanese society, in which the law does not protect them, and does not treat them in the same way as men.

“My mom and her friends were always dressed to the nines, pretending to have a normal life. They always made sure to look great, but at the same time if you took a closer look at their eyes you would always see that sense of dread.”

In 2007 Rezkallah was just 21 years old, and on the basis of his experience he gave birth to his own creative studio named “Plastik”, referring to the farce of Lebanese women who hide so much suffering behind their look. Plastik is the project in which all the hopes of the young artist are placed. It is his attempt to rediscover his freedom and beauty itself by creating his own personal oasis of peace. The studio was then a stepping stone for many other young talents in the area, and led Rezkallah to win prizes, work with celebrities from the entertainment world, and exhibit his work in cities such as Bangkok, Palm Beach, Paris, and Singapore. Thereby showing everyone that it is possible to be an artist even in such an uncertain situation as the one Beirut was facing at the time of his debut.

Ironically on 4 August 2020, among the countless buildings damaged by the devastating explosion that took place in the city was his studio. This is why the following day, together with the Syrian artist Saint Hoax, he launched a fundraiser to help the creative communities affected by the explosion.

“As a creative person it’s hard to face reality, especially here in Lebanon. Everyone around you is too busy surviving. Eventually when I grew up I decided to do what my mom did. Create my own fantasy world and live in it. And that’s where Plastik came from.”

In his work women appear as mannequins. Not even the presence of those misleading pastel colors they are covered by can wash away the sense of hypocrisy they convey. Indeed, it tightens up the contradiction.
In front of a very colorful image, the viewer claims to feel something, in this case the colors only correspond to ostentation of what one should feel. (This is emphasized by the strength of the colors invading the whole set.) Also they translate into an aseptic and more than ever artificial reality, in which the protagonists have the same expressiveness as the props.

This relationship between color and the pure fiction of women
who present themselves on the verge of perfection brings to mind every little girl’s favorite toy: Barbie. She exemplifies Rezkallah’s subjects for her smooth skin, stiff posture, and flawless hair. It is clear, however, that dolls only exist as a function of their shape, and they are not animated by that spark we call the soul. To define Rezkallah’s women as “soulless” would be a long shot. There is a whole world hidden beyond their languid gazes and fake eyelashes that does not reflect their golden shell, and belies their faces now darkened by the intensity of bad memories. Yet the artist tells us that the subjects lifeline is appearance, as a result of their feeling of denial.
As his biography says:

“Rezkallah’s work typically juxtaposes pure and flawless beauty with off putting melancholia and lethargy. His subjects, styled with razor-sharp meticulousness and placed in surreal settings, feel stoic and empty; unimaginative souls lost in a most imaginary world.”