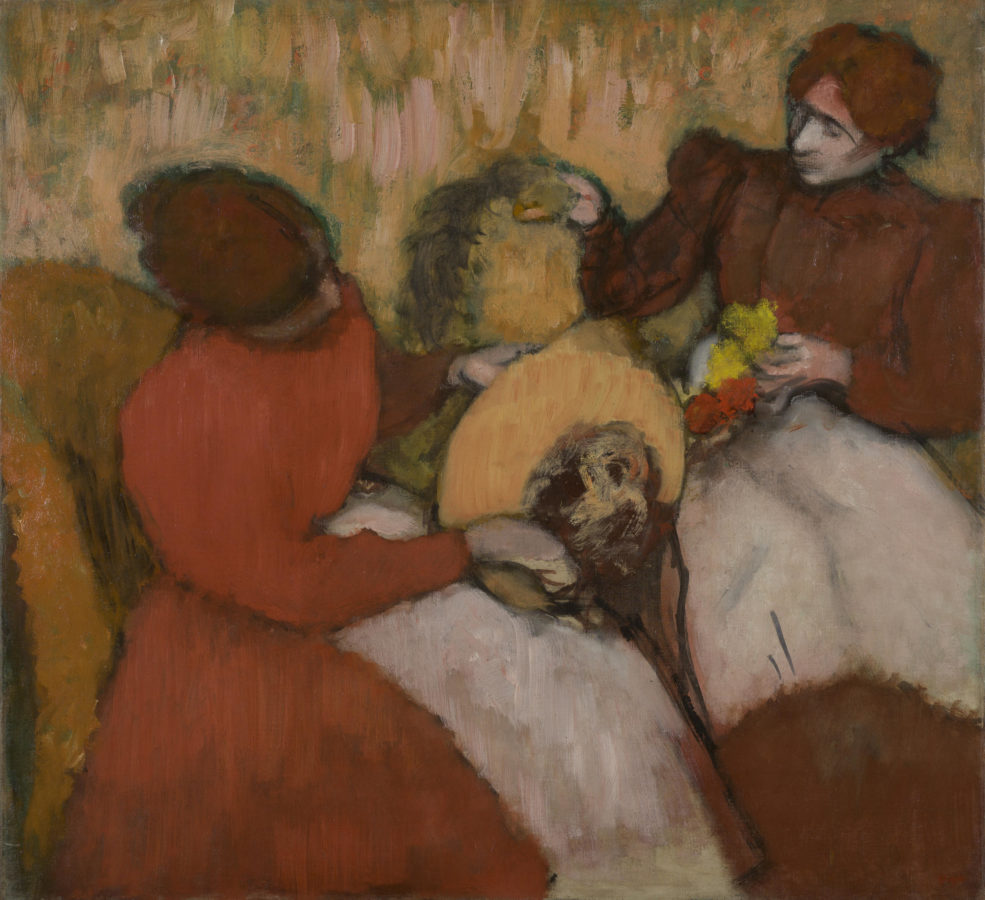 When we think of Edgar Degas, we see his depictions of ballet dancers, nude bathers and racetracks. But Degas had another favorite subject – the milliners. Degas was enthralled by high-fashion hats and the women who created them. Paul Gauguin even described him, who was invariably well-dressed and behatted himself, as someone who “dared to go into ecstasies in front of the milliners’ shops.” 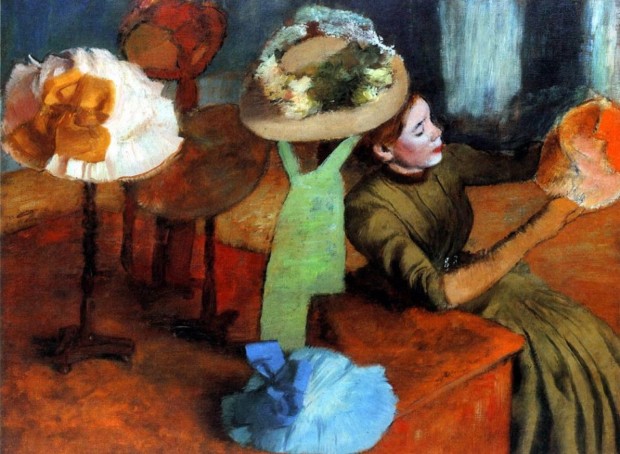 According to Degas’ the milliners  were “the aristocracy of the workwomen of Paris, the most elegant and distinguished.” The years 1870-1890 were golden age for the hat makers. At this time in Paris there were around 1,000 milliners working in what was then considered the fashion capital of the world. 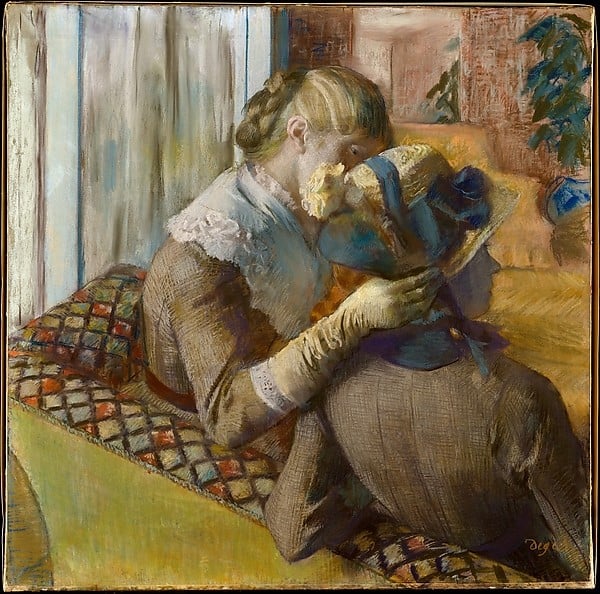 Edgar Degas, At the Milliner’s, 1881, Metropolitan Museum of Art.

Now in Saint Louis Art Museum (from February 12th until May 7th) and later in Legion of Honor in San Francisco (from June 24th until September 25th) you can visit an exquisite exhibition entitled Degas, Impressionism, and the Paris Millinery Trade.

It features 60 Impressionist paintings and pastels, including key works by Degas – many never before exhibited in the United States – as well as those by Pierre-Auguste Renoir, Édouard Manet, Mary Cassatt, Henri de Toulouse-Lautrec and 40 exquisite examples of period hats, created by the genius milliners of the epoch. 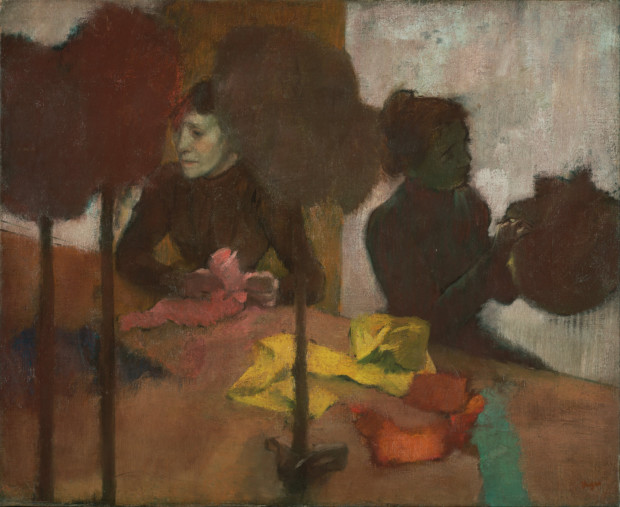 Peppered throughout with photographs, posters and prints of French hats, the exhibition links together the worlds of industry, art and fashion, this book examines the fundamental role of hats and hat makers in 19th-century culture. 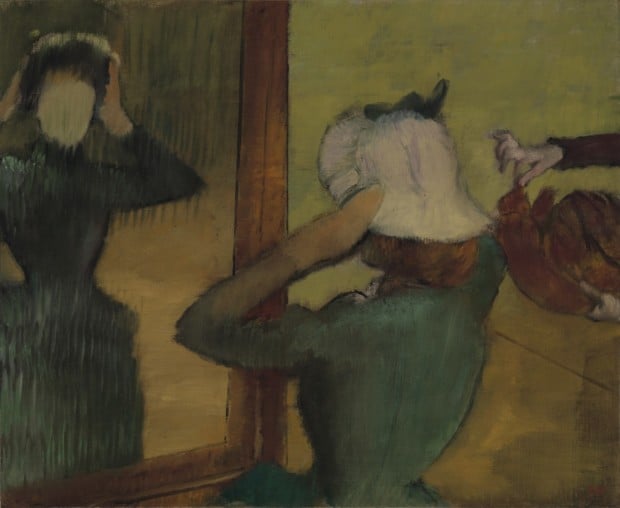