The Story Of Two Casanova Brothers, Who Happened To Be Painters 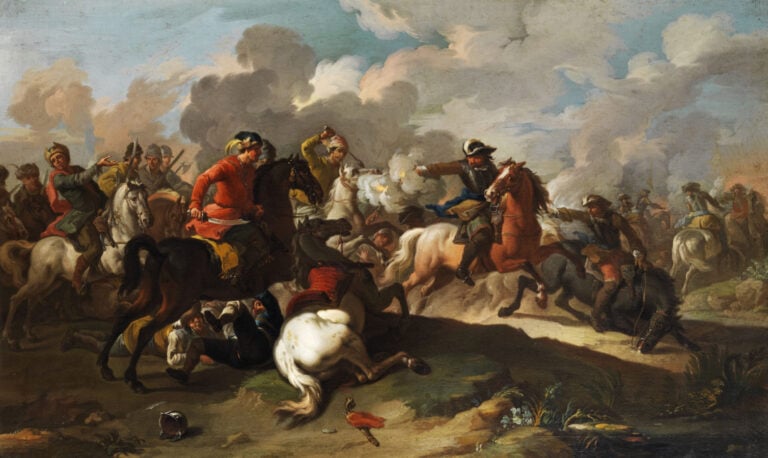 When we hear Casanova we think of Giacomo the famous adventurer, who in his autobiography, Histoire de ma vie (Story of My Life) described often complicated and elaborate affairs with women that his name is now synonymous with "womanizer". He associated with European royalty, popes, and cardinals, along with luminaries such as Voltaire, Goethe, and Mozart. But did you know that Casanova had two younger brothers - Francesco Giuseppe and Giovanni Battista - and both of them were painters? Here is the story of Casanova brothers, the painters.

Francesco Giuseppe was born in London, where his parents, Zanetta Farussi, an actress, and Gaetano Casanova, an actor and dancer, had a theatrical engagement. It was rumoured that his father was actually the Prince of Wales (who shortly after became King George II); whether for scurrilous motives or publicity is unclear. They returned to Venice when he was still young and, after his father's death in 1733, he and his siblings were placed in the care of the Grimani family. [caption id="attachment_6380" align="aligncenter" width="620"] 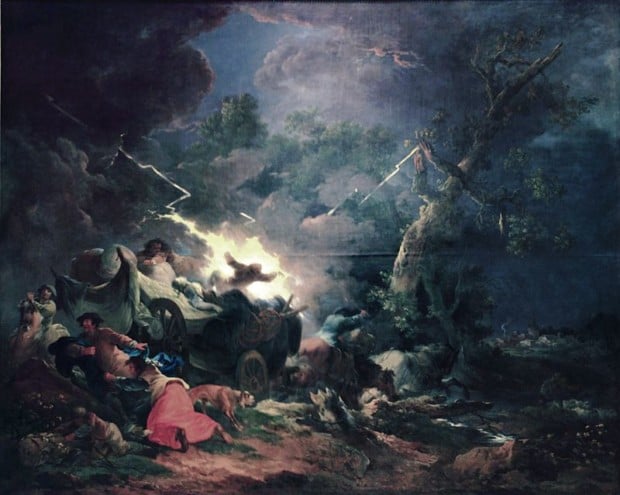 Francesco Giuseppe Casanova, The Storm, 1770[/caption] His career began in the workshops of famous Giovanni Antonio Guardi, which according to the memoirs of his brother Giacomo, he hated. Later, he moved to the studios of Antonio Joli, who was a set designer for the theatres owned by the Grimanis. This was also, apparently, unsatisfactory and he took up studies with the battle painter, Francesco Simonini. In 1751, upon his brother Giovanni's advice, he went to Paris and became an apprentice of Charles Parrocel. After Parrocel's death, he went to Dresden and spent a year studying the battle paintings at the "Gallery of the Electors of Saxony". In 1758, he returned to Paris and set himself up as a free-lance artist. [caption id="attachment_6381" align="aligncenter" width="620"] 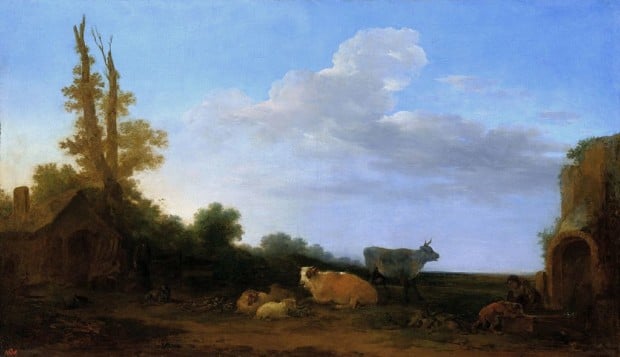 Francesco Giuseppe Casanova, Cattle on pasture, 1962, Palace on the Water in Warsaw[/caption] Success did not come immediately, and his first exhibition was a failure. In 1761, he became a supernumerary member of the Académie royale de peinture et de sculpture and was promoted to full member in 1763. As a result of favourable criticism from Denis Diderot, he began to receive commissions from the aristocracy. What is quite funny, Diderot would later express negative opinions about Casanova's work, but his reputation was already made. His fame soon spread eastward and he received commissions from Catherine the Great for the Hermitage, beginning in 1768. [caption id="attachment_6382" align="aligncenter" width="620"] 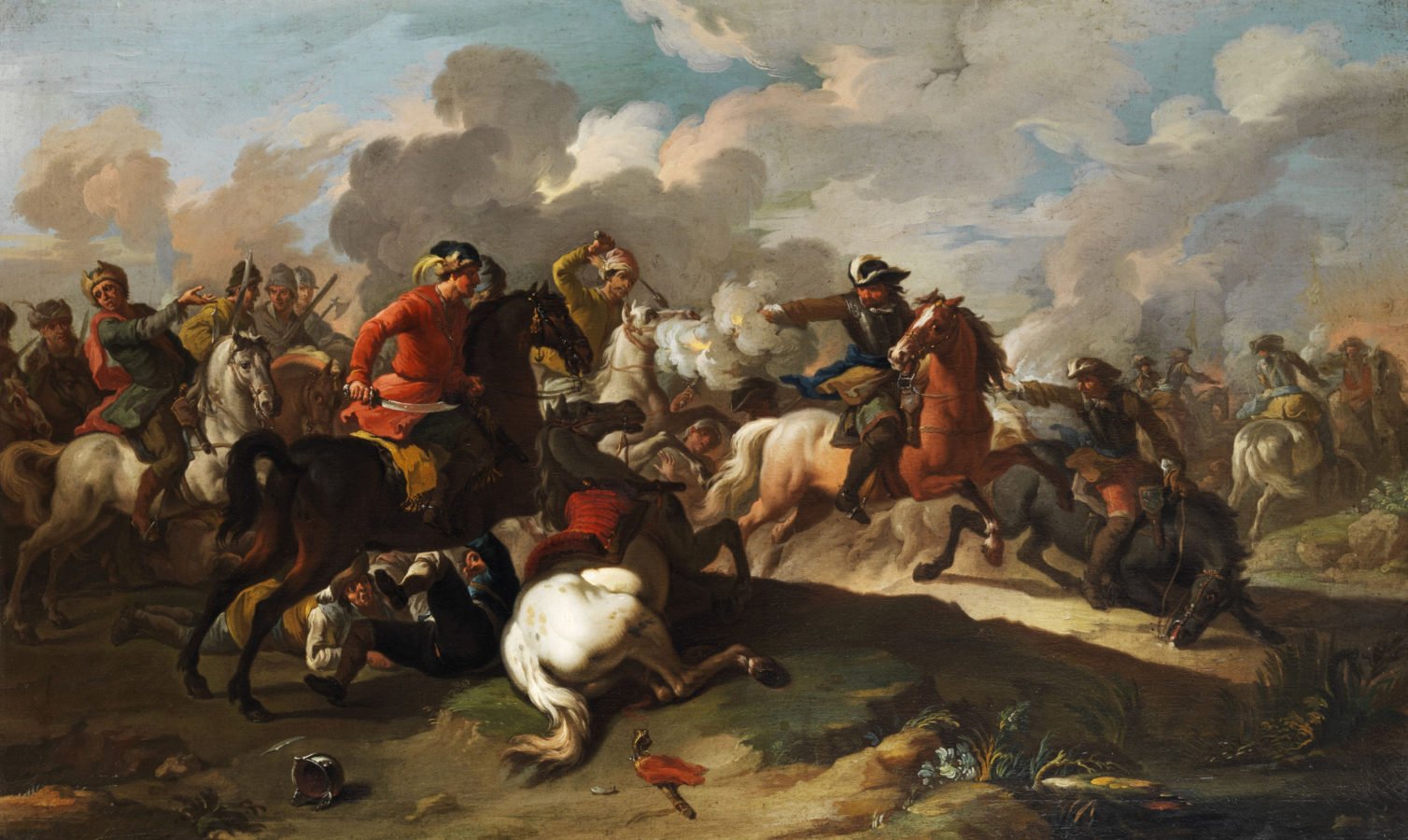 Francesco Casanova, Battaglia di cavalleria, 18th century, Musée du Louvre[/caption] In addition to his paintings, he produced designs for tapestries and upholstery which proved very lucrative. From 1770 to 1787, the Royal Beauvais Manufactory used more than seventy of his patterns. Despite his success and his many aristocratic clients, he squandered his money, was perpetually in debt, and died in poverty at his home near Mödling. The year is generally given as 1803, although some sources have 1805 or 1807.

Giovanni Battista Casanova  (2 November 1730 – 8 December 1795) was an Italian painter and printmaker of the Neoclassic period. He was born at Venice. He studied painting under Israel Silvestre and Dietrich at Dresden, and went in 1752 to Rome, where, under the tuition of Anton Raphael Mengs, he became an accomplished artist in pencil and crayon. [caption id="attachment_6383" align="aligncenter" width="620"] 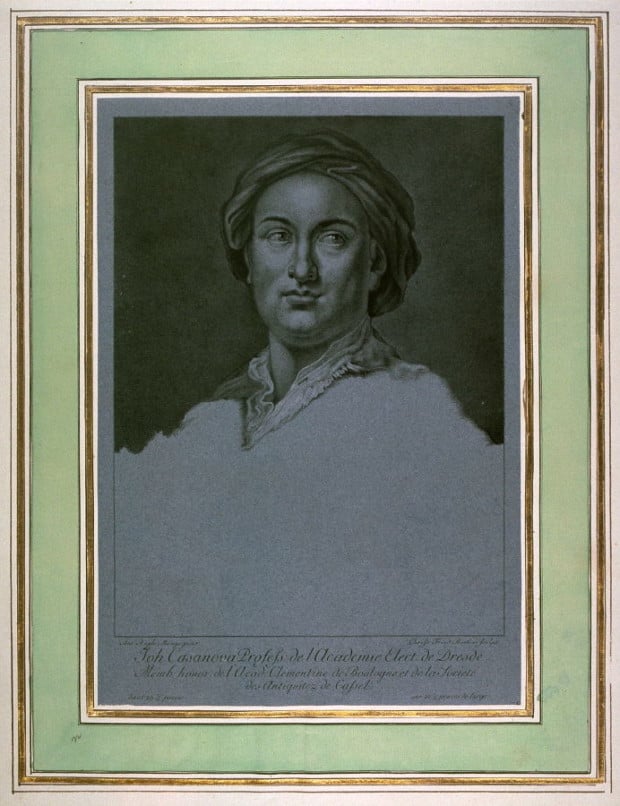 Christian Friedrich Boetius, after Anton Raphael Mengs, Johannas (Giovanni Battista) Casanova, ca 1780, Fine Arts Museum of San Francisco[/caption] Among other works he designed the plates to Winckelmann's Monumenti antichi. He was appointed professor in the Academy at Dresden in 1764. [caption id="attachment_6384" align="aligncenter" width="571"] 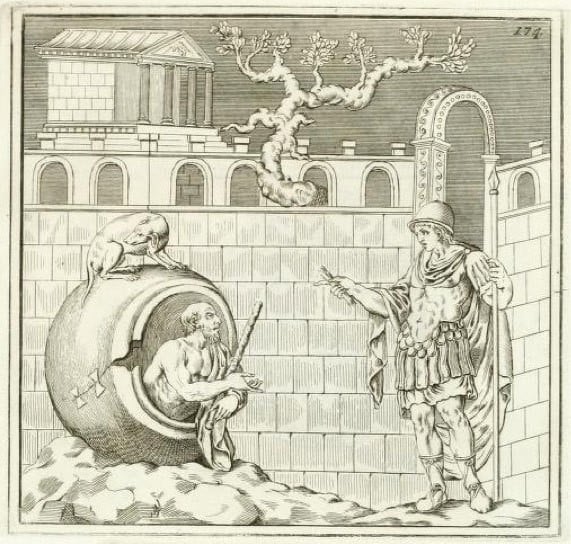