Birthday Edition of Blake’s “Songs of Innocence and of Experience” 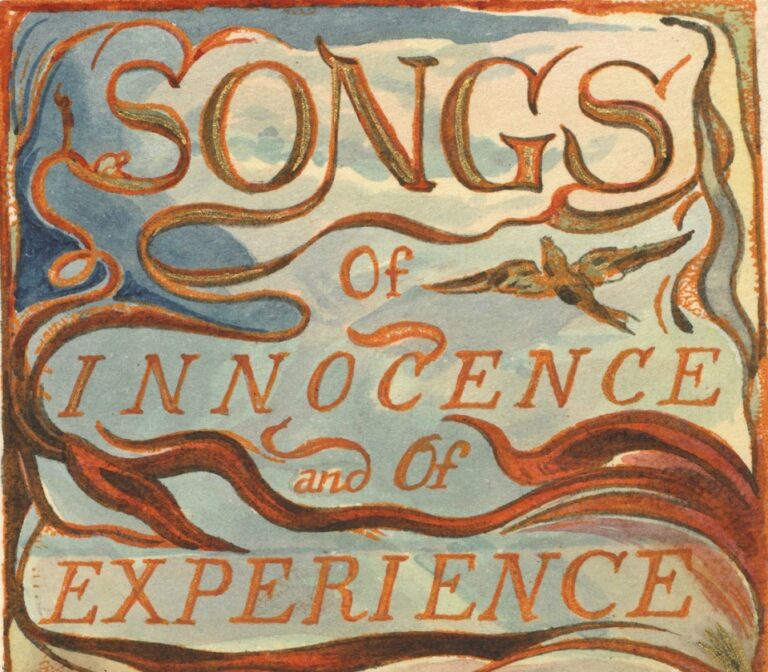 William Blake, Songs of Innocence and of Experience, London, The British Library

William Blake was undoubtedly a genius. And as it usually happens with geniuses and people who are ahead of their times, he was scorned and disregarded by critics and fellow artists, of whom many considered him insane.

Today England recognises his work as one of the greatest contributions to their cultural heritage, and his Songs of Innocence and of Experience, are done at school and analysed on SparkNotes. Since today is Blake's birthday, we'll give this collection of poems filled with disquieting juxtapositions of sweet imagery and difficult text, a closer look: [caption id="attachment_17490" align="aligncenter" width="471"] 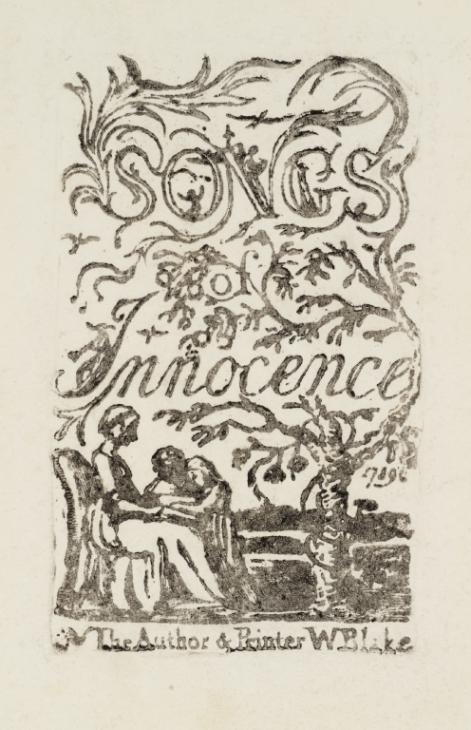 William Blake, 'Songs of Innocence': Title-Page 1789, reprinted 1831 or later, presented by Mrs John Richmond 1922 to Tate Britain[/caption] A mystic and a radical thinker, Blake was living at a time of great social and political change (years leading to the French Revolution and its aftermath). In his work, he often examined social and political conventions and argued how repressive they were for natural human passions. As he put it in the subtitle of Songs of Innocence and of Experience, he wanted to investigate with his poetry "the two contrary states of the human soul", which are mirrored in unsettling ambiguities in many of the poems. [caption id="attachment_17493" align="aligncenter" width="438"] 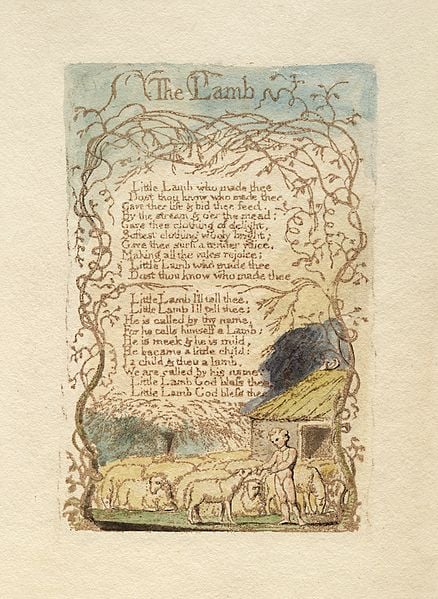 William Blake, "The Lamb", from Songs of Innocence and of Experience, London, 1794, 54 plates, Library of Congress[/caption] The collection was accompanied by hand-coloured engravings by Blake himself. Blake believed in the inseparable union between text and image, each being a comment on the other, hence the poems' integration with the page and the engraving is by no means arbitrary. The first part, Songs of Innocence, was published in 1789 by Blake's printshop and it contained more gentle lyrics, while the Songs of Experience, was a profound expression of adult corruption and repression and it was a counterpart to the first book. [caption id="attachment_17494" align="aligncenter" width="370"] 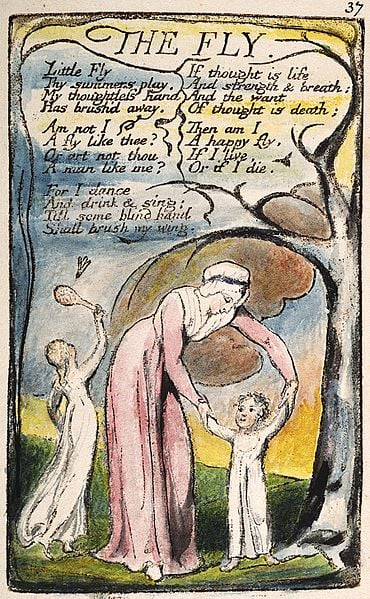 William Blake, "The Fly", from Songs of Innocence and of Experience, London, 1794, 54 plates, Yale Center for British Art, The William Blake Archive[/caption] Blake made the books by hand and so only a small number of copies were made. He invented a new way of printing by designing the work in reverse with varnish on metal plates, to later etch it with acid to produce relief printing surfaces, which were subsequently printed in brown ink and coloured by hand. Since Blake's previous work was largely misunderstood, the poems were sold privately to friends and collectors. [caption id="attachment_17495" align="aligncenter" width="300"] 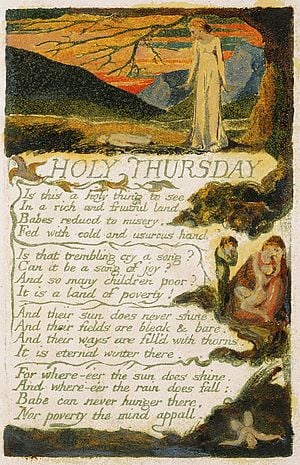 William Blake, "Holy Thursday", from Songs of Innocence and of Experience, London, 1794, 54 plates, Yale Center for British Art, The William Blake Archive[/caption] Although Blake's images show cute babies, animals and flowers, and the poems have simple rhythms which refer to popular in the 18th century poetic forms for children,  the Songs are not an easy read with a simple moral. With a satirical take on troubling reality, Blake presented subjects such as poverty, child labour and abuse, demonstrating the repressive nature of state and church, and arguing that children should be treated as individuals with their own rights and desires. All of these ideals were extremely novel and radical, and reflected Blake’s avant-garde and visionary political beliefs.

If you want to find out more, check out this article on Bible According To Blake. Lera more: