Beyond the Stars – A Spiritual Journey of Artists 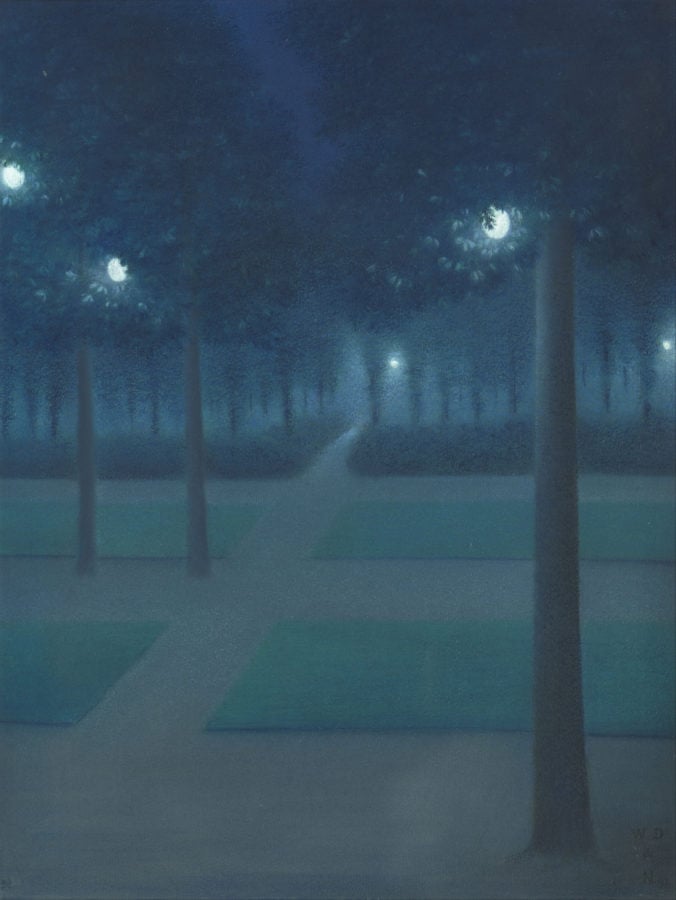 Mysticism was a popular subject for the late 19th century artists. Now in Musée d’Orsay in Paris the masterpieces created by the classics like van Gogh, and less known artists are gathered on the exhibition “Beyond the Stars. The Mystical Landscape from Monet to Kandinsky” organized in the partnership with the Art Gallery of Ontario in Toronto.

A spiritual journey of the artists of the period transcended in the representation of nature and landscape. The public is invited to admire a selection of works including landscapes by Gauguin, Denis, Monet, Hodler, Klimt, Munch, Van Gogh … as well as works by leading Canadian artists of 1920-1930, such as Lawren Harris, Tom Thomson, and Emily Carr whose works are an interesting addendum for the works of European artists widely known on the continent.

In the West, since the Renaissance the landscape has been recognised as the pictorial genre that can give expression to inner feelings through form. The infinite of nature, the darkness of the night, the quest for light, the individual’s search (especially in the Romanticism) – they all formed the Symbolist landscape as the presentation of the human mystical journey.

All this contemplation, the connection between the individual and the cosmos, and the experience of the transcendental forces of nature can be seen on the paintings presented in Musée d’Orsay from 14 March 2017 to 25 June 2017.

Some of the masterpieces presented on the exhibition there can surprising. Like this one by de Nuncque who was born at Monthermé, the Ardennes, France, of an old aristocratic family. He travelled widely and painted views of Italy, Austria and France, often of parks at night. Pink House is thought to have been a major influence on Surrealism, especially the paintings of René Magritte.

This Gustav Klimt from Musée d’Orsay collection is covered with dabs of colour and very small brush strokes in the style of a decorative motif or a mosaic. Klimt’s landscapes became increasingly abstract, although he continued to work directly from the motif. The real subject of the painting is the pictorial structure itself.

But this painting shocked me the most. Wenzel Hablik was a painter, architect, and graphic designer who became part of German Expressionism. Hablik’s paintings explore colors and geometry in a thoroughly original way; many of these works were inspired by a crystal fragment he found as a boy. Some of his paintings are downright psychedelic and seem decades ahead of their time. Like this cosmos.