Wunderkammer – A Universe in Your Closet 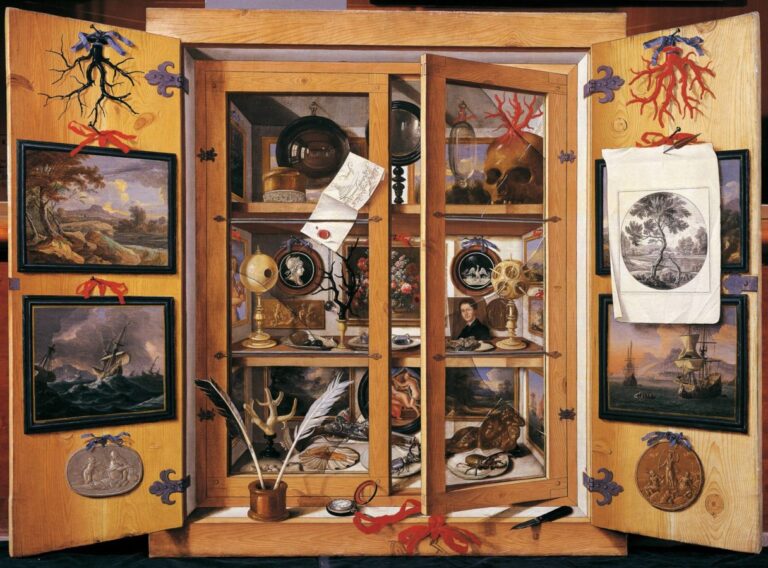 How would you feel if you found a mummified crocodile in your best friend’s room? Well, pretty awkward I guess, although I imagine that you’ve seen worst if you’ve ever lived in a boarding school or college accommodation… Nothing new under the sun, the collections of curiosities that now are kept under the beds or at the bottoms of closets, in the Renaissance were really fashionable. People had whole rooms, cabinets, in which to keep their favourite objects together, and special pieces of furniture which hosted the most precious pieces. Are you ready to have a little nosy in some of the most bizarre collections?

Crocodiles were a real thing back then! For the people of the 15th and 16th century they were intriguing creatures which looked a little bit like monsters. The collections like this one, which hosted all kinds of animal species, stones, or shells, primarily served the nobles and rich merchants to establish their status symbol and make others admire them. Who else could have shown off with a real crocodile?
This engraving shows the collection of an Italian Ferrante Imperato. However, most of the Wunderkammers concentrated in central and northern Europe.

The Wunderkammer, that is the Wonder-rooms, were meant to symbolically and literary embrace the universe within them. For this reason the collectors amassed all types of objects of different dimensions and provenance. Their collections grew and grew, and with time the disorganized rooms began to be systematized as you can see here. Ole Worm divided his collection into sections, a shelf per each. Moreover, the shelves were labelled and the objects were described in Worm’s notes. Ladies and gentlemen, you’re looking at the predecessor of modern museum of natural history!

Look at the amazingly broad range of objects kept in this cabinet. From drawings to medallions to precious stones… One could have found virtually anything in those closets. And this is why the collectors began to share with others their wonderful collections. Not only did they show their wealth, but also facilitated people’s studies and the advancement of science.

Art in all this

If you wonder why on earth I’m writing about collections of bizarre objects on this blog: the cabinets of curiosities often hosted many works of art, too. The greatest collectors, like the emperor Rudolph II, were also great art sponsors. And moreover, the history of art is strictly linked to the history of collecting and the history of museums, isn’t it?

If you want to find out more, the Getty has opened one of their closets for you. Click here!