Can You Beat This Beard? – Bearded Paintings From Art History 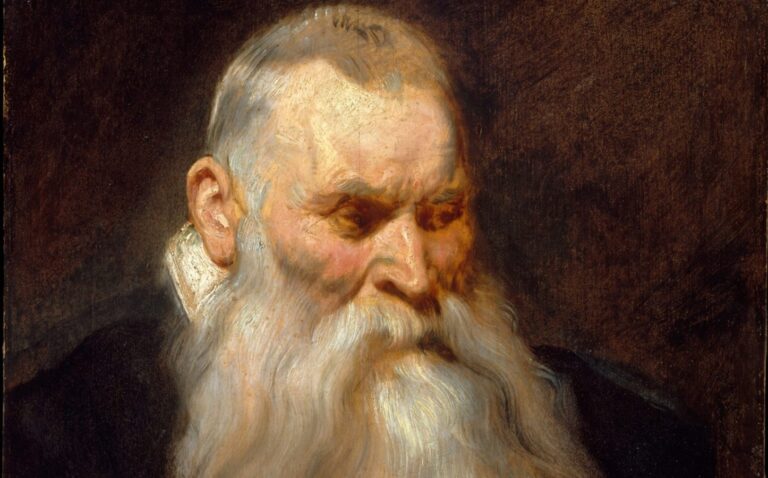 Beards are back. Again. And it seems that this time it’s not just a mere fashion which will pass after one season. This time beards will stay around for longer and with them all the barber shops, beard cosmetics and other curious beard-keeping instruments.
If you haven’t grown your own yet, here comes some bearded inspiration:

W.H. Hunt was an English painter, one of the creators of the English watercolour school. He was born in London and he spent most of his life there. He chose simple subjects but dedicated them a lot of attention and detail which made them appear very special- as you can see here, this unknown bearded man looks so pensive that he might be a doctor or a professor. They say that a beard doesn’t make a philosopher, but a talented painter certainly does…

This is an option for brave people: if you want to be like Picasso’s man, you’ll need to make your beard both curly and straight, dye it green, blue and yellow, and shape it as a Cubist could only do. Then you’ll need to invest in a few plastic surgeries, a cap and a pack of cigarettes. This is the style of the future.

This is the most impressive beard by far. It must have caught also van Dyck’s eye if he picked it for a study. For a long time this picture was attributed to Rubens but now we know that it comes from a young van Dyck. The painted surfaces are too textured and the forms too soft for Rubens, who preferred to emphasize modeling and excelled in drawing. As you can see, it takes time to find a true attribution and to grow a real beard.

This old man looks so sad! Even his rich and fluffy beard doesn’t make him happy. He’s probably thinking of the days behind and not-so-bright future ahead of him. However, if we focus on the beard, we’ll find a fantastic rendering of the texture and a few tints of ginger in his white hair. Not only is Rembrandt a master of depicting personalities and emotions of his models, he’s an absolute king of beards!

Your beard should speak for you, it should express your originality and unique nature. Maybe you should dye it green, as the Russian Expressionist Alexej von Jawlensky suggested here. He worked in Germany and was a member of Der Blaue Reiter group in Munich. He also knew Henri Matisse, whose Fauvist influence you can see in Jawlensky’s style. In this picture one could also find traces of Russian folk art in the disegno and the decisive black contours.

So hipsters of the world unite and make your beards multicultural and expressive!