How I Fell in Love with the Barnes 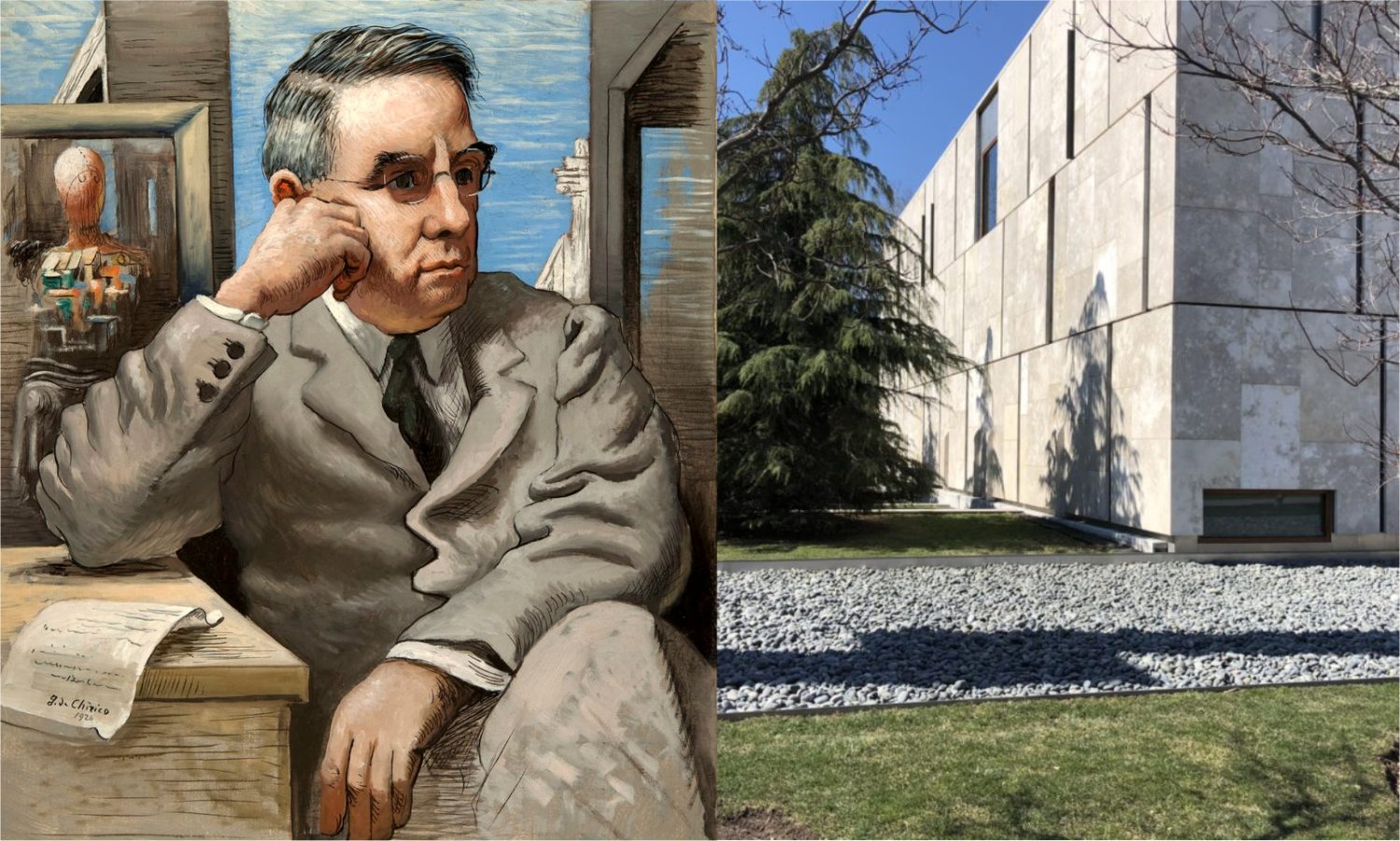 The Barnes Foundation is quietly situated in the heart of Philadelphia, close to the Benjamin Franklin Parkway, adjacent to the Free Library, part of the ‘Museums District.’ I visited the Barnes on March 19, which, by coincidence, was the 93rd anniversary of the day the Barnes Foundation opened its doors in 1925. Back then, it was located in Merion, Pennsylvania, about five miles away from Philadelphia. Merion was the home of the Barnes until the Foundation was transplanted to the City of Brotherly Love in 2012.

The staff of the Barnes Foundation made me feel welcome as soon as I walked through the door. Everyone was friendly and attentive, from the woman who sold me the admissions ticket to the two charming people by the coat check to the security guards and on and on. The environment is intimate. I almost felt as if I were visiting Barnes at home as a welcomed guest. 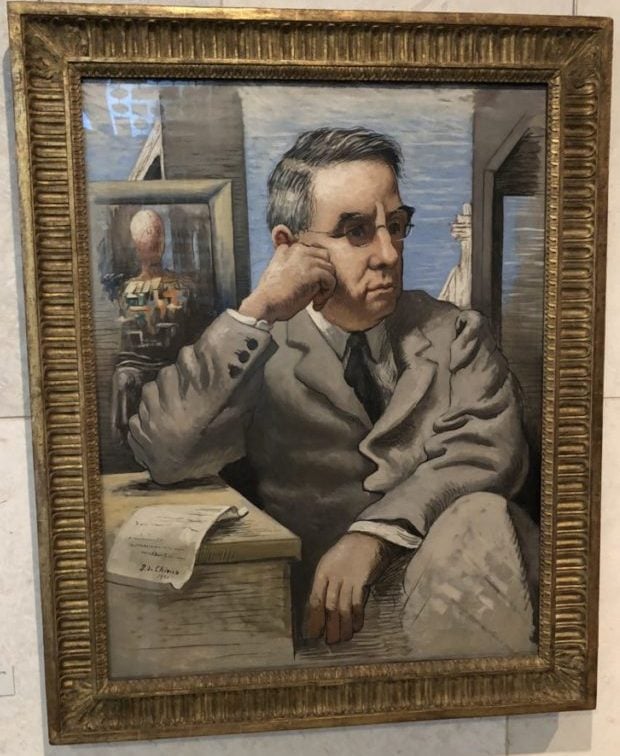 The collection is organized into 23 rooms over two floors. The first painting one sees before entering the Main Room is a portrait of Dr. Barnes by Giorgio de Chirico, a departure from the paintings of isolation that de Chirico is famous for. This painting is hanging by the entrance to the main gallery. It is as if Dr. Barnes himself is welcoming visitors to explore the museum. He is doing so with an unassuming warmth and hospitality. He is wearing a well-tailored light gray suit, his elbow resting comfortably on the table beside him, with legs crossed and a bemused smile on his face. De Chirico uses thin white brushstrokes to accentuate the lights in the head of Dr. Barnes, and also uses thin black brushstrokes to bring out the darks. These lines are rhythmic and almost parallel; they give the painting a subtle calligraphic look. De Chirico added one of his own paintings to the composition, slightly to the right of Dr. Barnes and behind him. The image of the manikin is in another de Chirico painting in the collection, but the represented painting is not. 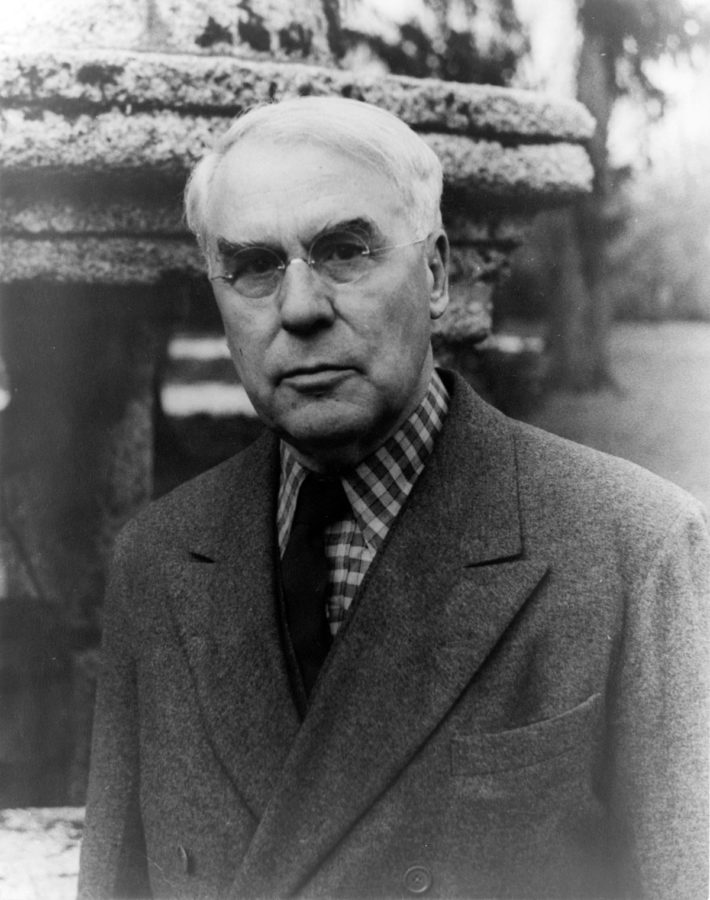 The story of Dr. Albert C Barnes and the Barnes Foundation is an amazing one. Dr. Barnes was a doctor of medicine and a chemist; he began his art collection in 1912. Because of his involvement with the drug Argyrol, which was prescribed to treat eye infections, gonorrhea and runny noses before the days of antibiotics, Barnes became a wealthy man.

This enabled him, among other things, to go to Paris in December 1922 and rescue Chaim Soutine from abject poverty. Barnes purchased more than fifty paintings by Soutine, some of which had been saved from being burned by the insecure artist who had made them and was overly critical of his own work. Soutine would most likely not have received the acclaim he has been given through the years were it not for the astute eye of Albert Barnes. 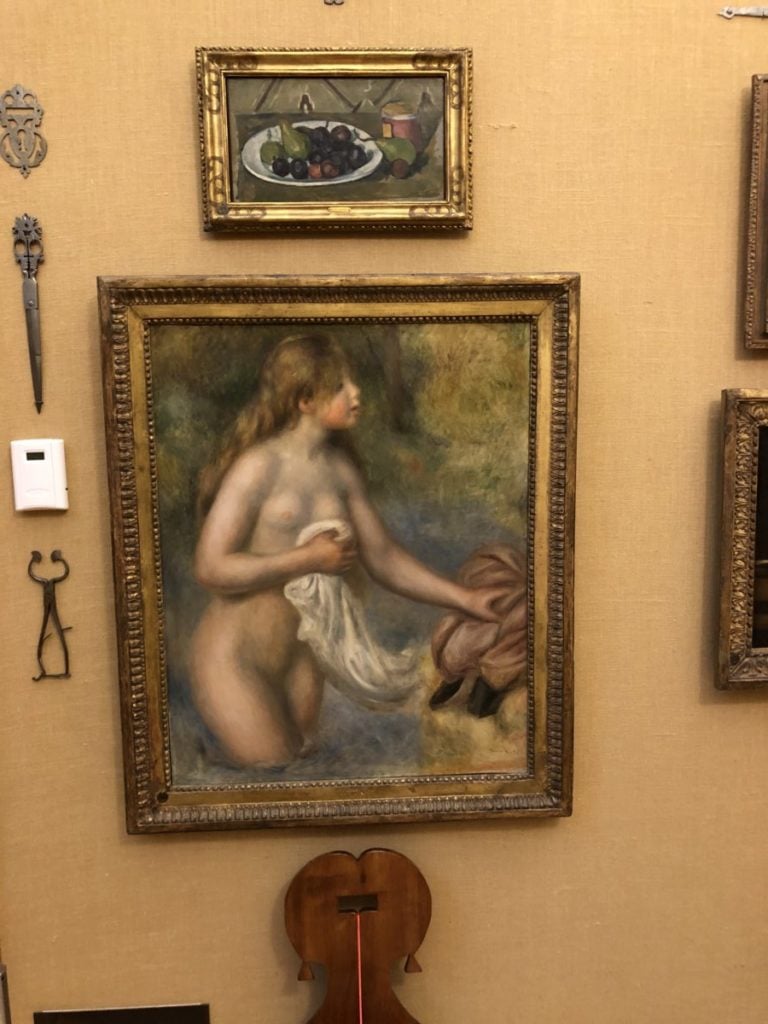 The artist most represented in the Barnes collection is Pierre-Auguste Renoir. Barnes purchased 181 Renoirs, most of them the artist’s later works. Dr. Barnes disagreed with conventional wisdom at the time; he favored the later Renoirs over the Renoirs from his Impressionist period. Even after being diagnosed with rheumatoid arthritis and then being confined to a wheelchair, Renoir continued to paint.

The muted yellow-orange color of the walls of the Barnes provides the artwork with a neutral background that focuses more attention on the artwork than if the walls had been off-white in color instead. This is similar to what an artist experiences when s/he squeezes his or her paints onto a palette and then mixes his or her colors on it. Many artists prefer a neutrally-colored palette that is relatively low in chroma because a white palette will compete for attention with the paint and the artist will have more difficulty seeing the colors. 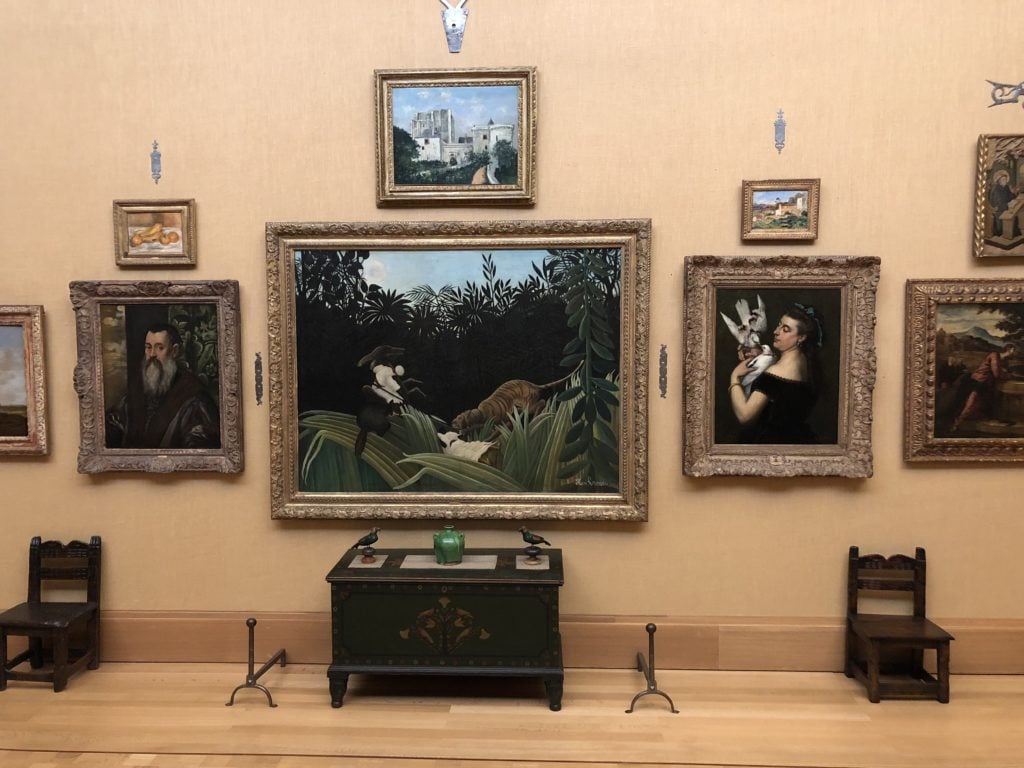 The paintings on each wall are hung very close to one another, creating another form of intimacy, one between each painting and the paintings that surround it. This intimacy, which does not exist in most museums and galleries, forces the viewer to consider each work of art in the context of the works of art around it.

And unlike most museums and galleries, the descriptions of each work of art—the year it was painted, the name of the artist, the name of the painting, a description of the significance of the painting in the context of the artist’s career or the artist’s life or the lives of other people or other painters—all of this is not shown on the walls of the collection. This forces the viewer to respond to each work of art directly, and to notice aspects of each work of art that may be unseen or unnoticed otherwise. The artwork is not arranged by artist, even though sometimes works of art by the same artist are combined in the same room or on the same wall. The artwork is not arranged by the period of art or by genre. 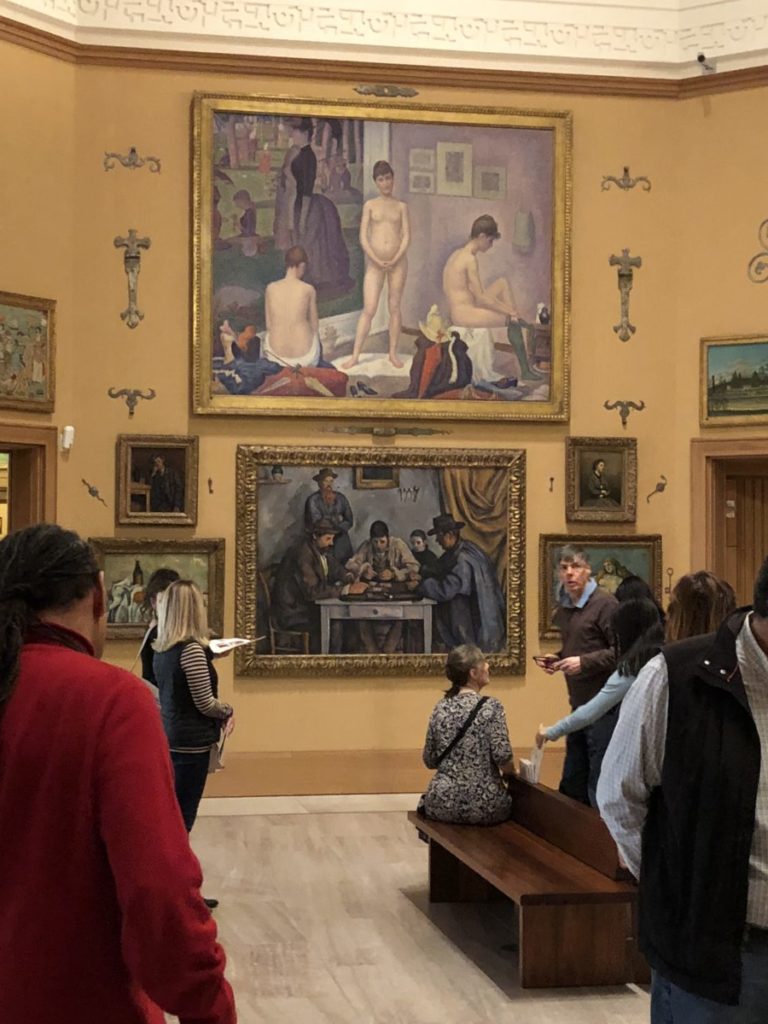 First and foremost, the artwork is arranged in a vertically symmetrical manner. For example, on the West Wall of the Main Room, the Georges Seurat painting ‘Models’ is hung above the Paul Cezanne painting ‘The Card Players’ in the middle of the wall. Immediately to the left of these two paintings are two smaller paintings, both by Cezanne. To the right of the Seurat and Cezanne are two more small paintings, which correspond to the size and shape of the other two small paintings. And to the outside of each of these pairs of smaller paintings is another painting that hangs above a doorway.

I felt overwhelmed when I first saw all these paintings, all beautifully lit with no glare, facing me in all their glory, all at the same time. In another museum, I would have been angry that the Seurat painting was hung so far above eye level that I could not get next to it and examine the brushstrokes from two feet away. This was a different experience, and as such, I had different needs. I wondered why these two paintings were being exhibited in such close proximity to one another. And then, hours later, days later, after reading through the book, ‘Masterworks, The Barnes Foundation,’ and revisiting these paintings again, I began to understand why. 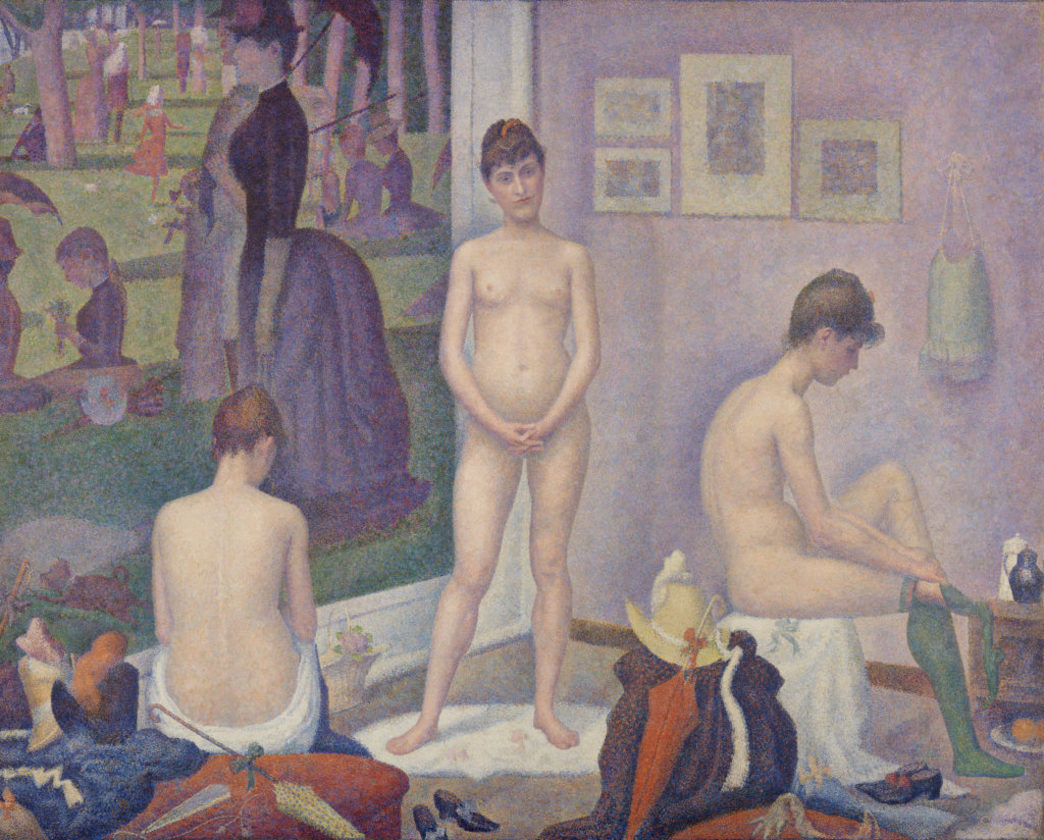 The nude model in the center of the Seurat painting is looking straight ahead at the viewer, her hands clasped below her waist. The card player in the center of the Cezanne painting is hunched over, also in a fully frontal pose, his hands almost clasped together as he is holding his cards. The nude figure in profile of the Seurat is looking to our right. The clothed figure playing cards, who is seated beneath this nude figure, is looking to our left. The table that the card game is taking place on is compositionally equivalent to the rug in the Seurat painting that one of the women is standing on. Both objects momentarily stop the eyes of the viewer from moving further downward.

The paintings in the center of the wall, taken together, can explain more than each painting may be able to explain on its own. This appears to be the Barnes philosophy.

When an artist has a model posing in front of him, he thinks about how this particular model differs from other people in appearance. He does this either consciously or subconsciously, but he does it. In his lectures about artistic anatomy, Robert Beverly Hale referred to ‘a secret figure,’ an ideal person with ideal proportions that an artist uses to compare to the model in front of him. The distance between the brow ridge and the bottom of the nose may be longer on the secret figure, for example. 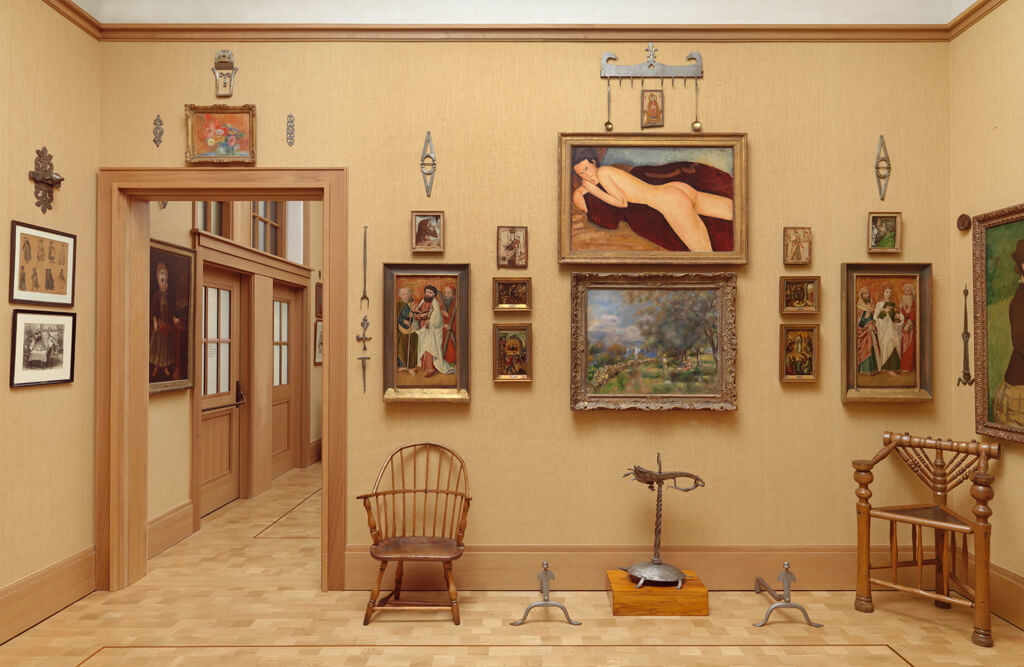 The walls of the Barnes Foundation encourage this same type of deep observation. How warm are the colors of one painting compared to the warmth of the colors of another? How are the artists arranging the elements in their compositions? Is one painting more linear or more painterly than the painting next to it? What is Modigliani’s “Reclining Nude from the Back” doing in Room 21, where, at first glance, the bright, fleshy oranges of the model’s skin seem to dominate the more relatively subdued colors in the other paintings around it?

My recommendation for those of you who will be experiencing the Barnes Foundation for the first time is to drink in the beauty of the artwork around you without giving it too much analytical thought. Your first encounter with the Barnes Foundation is one you will never experience again, in the same way that meeting someone new for the first time and realizing that someone so wonderful and so extraordinary actually exists in the world (your world) is a feeling that can never be duplicated. During subsequent visits to the Barnes, you can sit back and go deeper into the collection and explore within it all that it has to offer.

The collection also includes many examples of African sculpture, furniture, and metal objects that are hung above and around the paintings in each room. Some of these metal objects are keys, and there are also necklaces, bow guards, cookie cutters, toasting forks, etc. There are chairs and chest over drawers and vases. The museum is open six days a week, resting only on Tuesdays.

Many of the original decrees set in place by Dr. Barnes, who originally intended his foundation to be a school, have been broken. Dr. Barnes did not want the foundation moved from its original home in Merion, Pennsylvania. He did not want photographs to be taken of the artwork, or for any part of the collection to be loaned or sold to other museums or galleries for any reason. Two months ago, the Barnes began to allow visitors to photograph the artwork. While change can often be frightening (the fear is that so much change will occur that the Barnes will lose sight of what makes it so special in the first place), the biggest positive change is that more people are able to view and be profoundly moved by this collection than ever before. 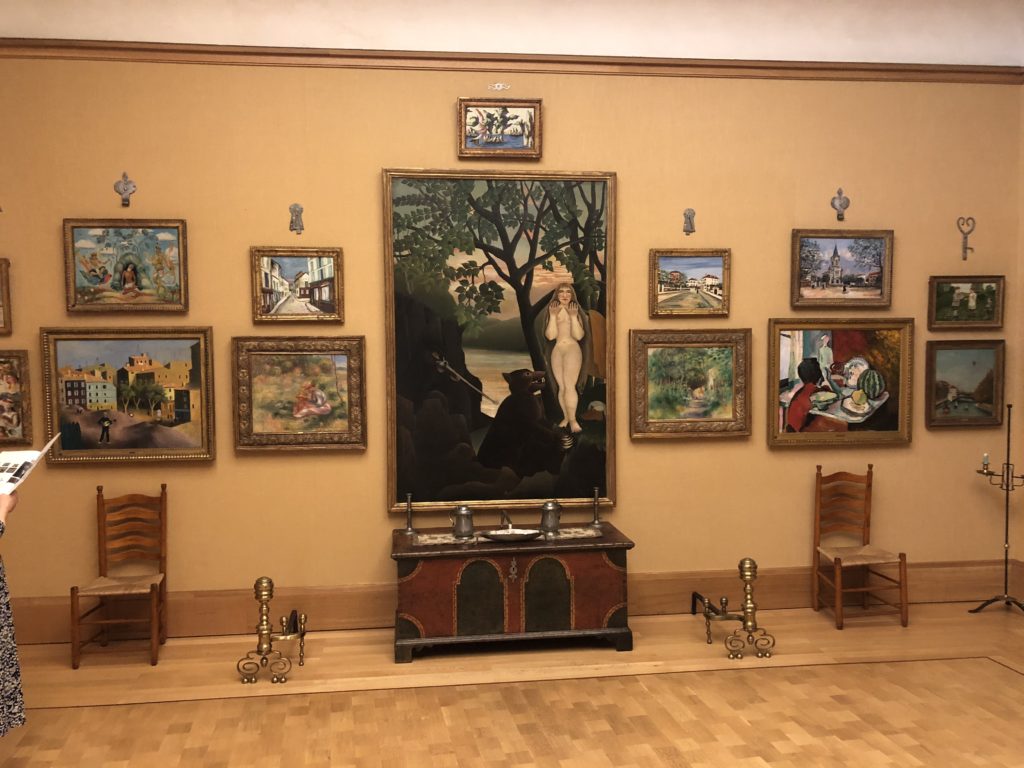 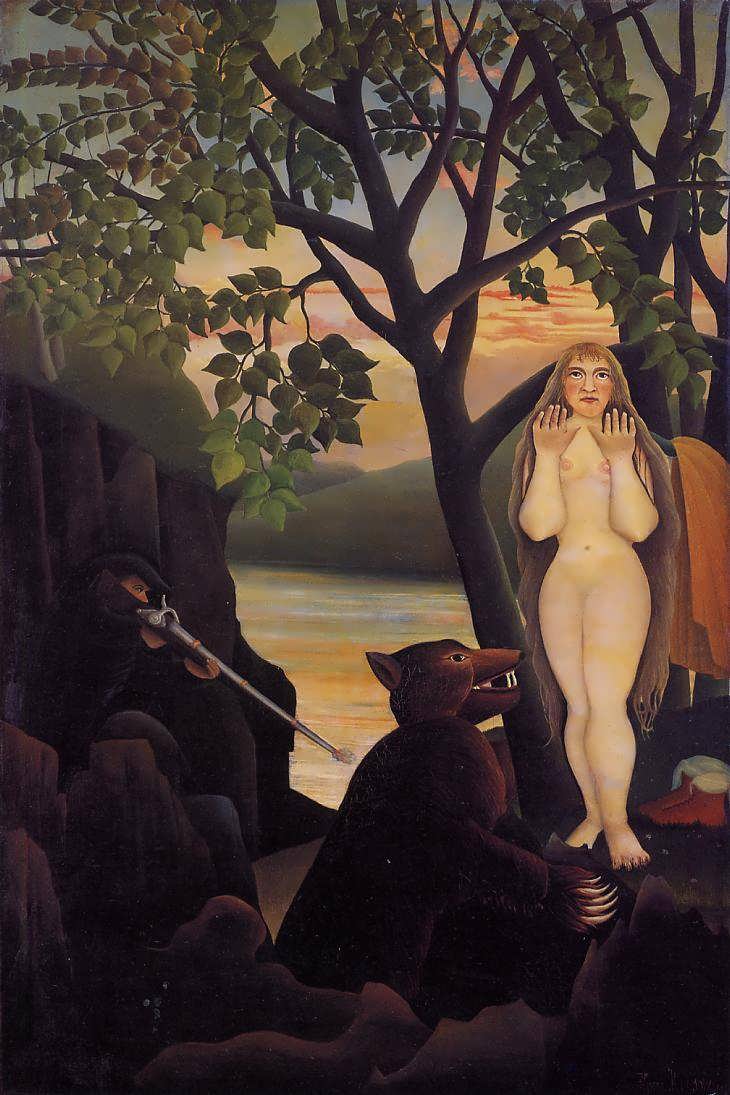 I write this with an equally profound awareness of the controversy that has surrounded the Barnes Foundation for the past 60 plus years, since Dr. Barnes died in a car accident in 1951. Dr. Barnes and his wife Laura had no children. After being run for more than thirty years by Violette de Mazia, a “disciple” of Dr. Barnes, the Foundation was taken over by Lincoln University (as stipulated in the indenture of Dr. Barnes). The issues involved are complex and not easy to sort out. These issues are addressed in the documentary “The Art of the Steal.” After watching the documentary, I commiserate with the supporters of the Barnes Foundation who were passionate about keeping the Foundation in Merion, Pennsylvania as Dr. Barnes had envisioned. At the same time, I am also grateful for having had the opportunity to view this priceless collection in an environment that, from the inside, faithfully replicates the experience that Dr. Barnes had intended.

Howard Schwartz is an artist, writer, cartoonist, calligrapher and art historian who recently was interviewed for the documentary ‘In Celebration of Chaim Soutine’s 125th Anniversary.’ Please visit www.soutine.co to see the documentary and share his passion for Soutine. Howard also illustrated the book ‘Caddie Tales for the 99 Percenters,’ available on Amazon. He enjoys good vegetarian restaurants, art museums, art movies, and learning new things. His website is www.howardschwartzart.com.