Tangled Up in Blue: The Art of Edward Krasiński

In Tate Liverpool, up to March 2017, you can see an exhibition of Edward Krasiński’s work. Krasiński was one of the most interesting and important artists in post-war Poland and whole central Europe. Today we want to give you a glimpse at his art. 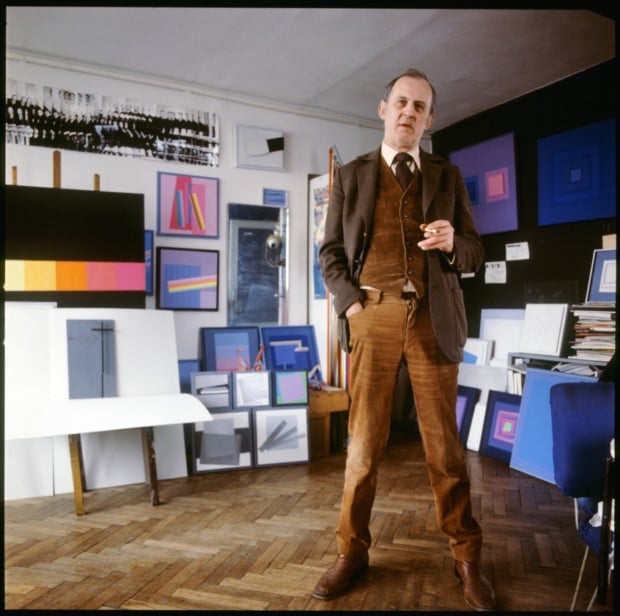 Edward Krasiński in his studio, now Instytut Awangardy (Avant-Guarde Institute), source: instytutawangardy.org[/caption] Shortly after finishing his academic education, Krasiński started working as a press illustrator in Warsaw. He was doing quite well. Soon his drawings were regularly published on the last page of „Kierunki” (Directions) magazine. But it was only after meeting - and soon marrying - art critic Anka Ptaszkowska, when Krasiński ultimately decided to devote himself to art. [caption id="attachment_2542" align="aligncenter" width="620"] 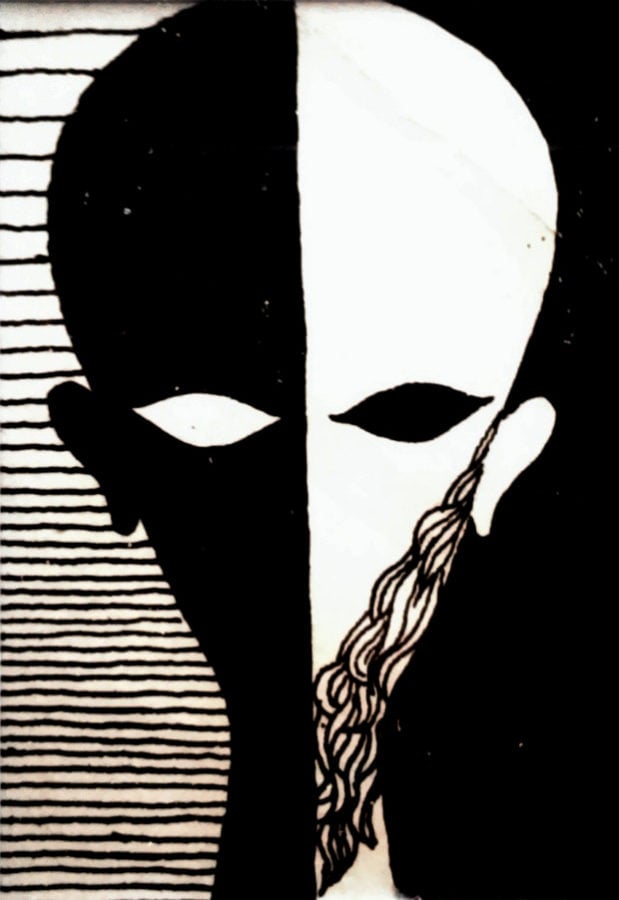 Edward Krasiński, „Head”, illustration for „Kierunki” magazine; source: aristoi.pl[/caption] He started to make sculptures. Abstract and delicate ones, fluctuating between solid and fragile, simple and dainty. And extremely beautiful in their simplicity of shape and moderate but brilliant use of color. One of them is „Spear”. Little elements were following the main stem, suggesting movement. That impression is highlighted by a color, gently turning from black red. Artist hanged the „Spear” in the middle of nowhere. It was swinging gently in the air, on the wires, near a lonely willow tree. [caption id="attachment_2543" align="aligncenter" width="620"] 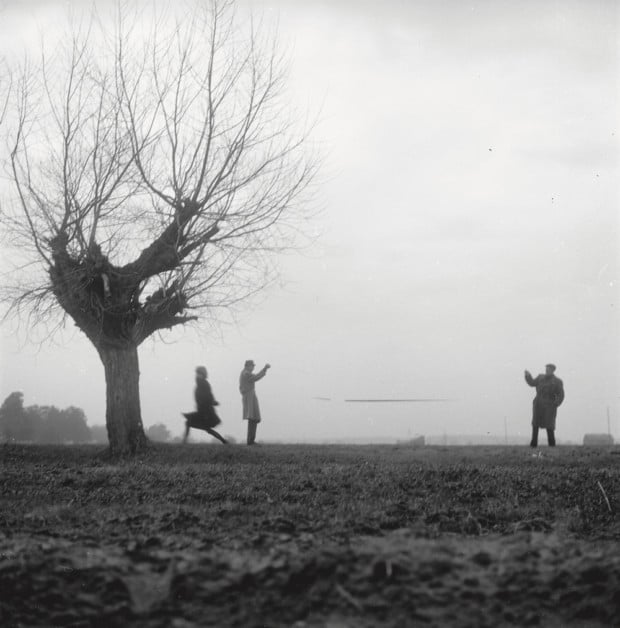 Edward Krasiński, "Dzida" (Spear), 1963 -1964; courtesy of Foksal Gallery Foundation[/caption] In August 1969, Krasiński throws a party in Zalesie Górne, a village on the outskirts of Warsaw, where he owns a summer house. During it, he takes some blue tape and sticks it in a straight line on a couple of trees, himself, and others. From now on, a blue tape becomes his trademark. He sticks it everywhere, in a line 130 cm above the ground. He attaches to it everything on his way, be it walls, furniture, paintings or anything else. The whole world surrounding artist is subordinated to that crisp gesture. And in a way cut in half by a flimsy line of scotch tape in a piercing blue color. [caption id="attachment_2546" align="aligncenter" width="620"] 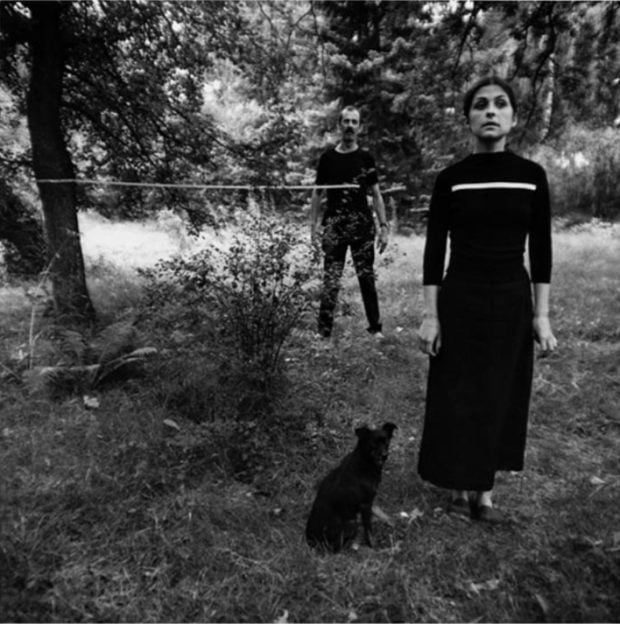 Edward Krasinski/ Eustachy Kossakowski: Untitled (Action in Zalesie Gorne, Poland) © Sammlung Generali Foundation. Photo: Eustachy Kossakowski[/caption] He did that, among others, in his studio and apartment where he moved a year later. Krasiński shared it with Henryk Stażewski, over a thirty years older painter, one of the pioneering abstract artists in Poland since the 1920s. [caption id="attachment_2547" align="aligncenter" width="620"] 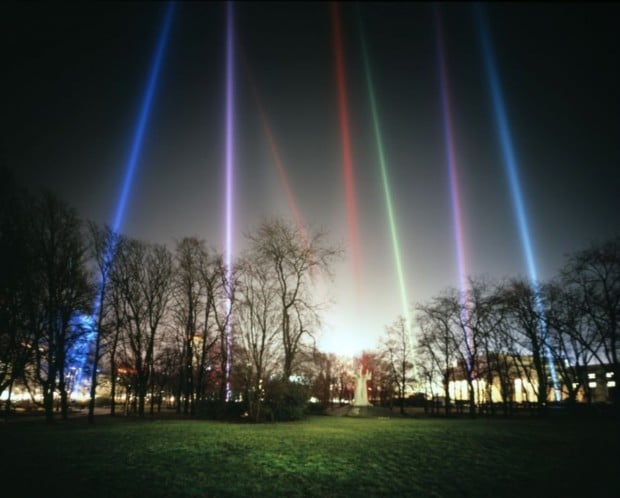 Recreation of Henryk Stażewski’s „9 Rays of Light in the Sky”, Museum of Modern Art in Warsaw, 5 December 2008, Photo: Jan Smaga / MSN[/caption] After the death of both artists, their studio was preserved and the Avant-Garde Institute was founded there. We don’t need to encourage you to visit it if you happen to be in Warsaw, right? [caption id="attachment_2549" align="aligncenter" width="620"] 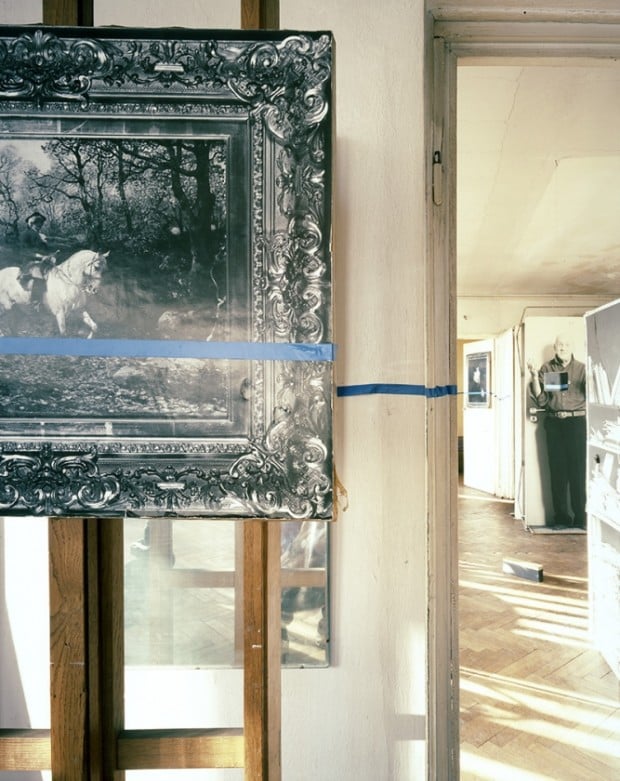