Can You Spot A Rubber Duck? Bathing In Art History

Even before rubber ducks were invented, people had loved bathing. And they loved to peep at others bathe. Nothing’s changed, soap operas are still in fashion 😉

Cezanne worked on this painting for 7 years and still it remained unfinished until his death. It’s a revised version of several other canvases on the same topic, considered Cezanne’s finest work and one of the world’s masterpieces. Cezanne strove to create a timeless atmosphere, some kind of monumentality which could appeal to all generations throughout times. The naked figures are framed in a triangle formed by the trees and the river, a composition which makes the work reminiscent of the great masters like Titian or Rubens.

The pastel studies of the nude are perhaps the most important part of Degas‘ ouevre, as he used them to introduce and practice new ideas and techniques. He loved pastel for its spontaneity, as it didn’t need time to dry, so he could rework the images multiple times. He mostly depicted women in private yet without a voyeuristic approach. His models are always relaxed, focused on their bodies and enjoying the baths.

Gerome was a master of a trendy 19th century style called Orientalism, which would depict with a photograpic realism the world that existed only in the common Western imagination – the Orient. Jerome loved to paint young white naked ladies in the bath. Moreover, they usually had black and fully clad servants whose only duty was to wash them and, composition-wise, emphasize their pure whiteness. Sadly, according to the orientalising Westerners of that time, white skin meant superiority, grace and innocence whereas any other skin tone meant all the contrary. 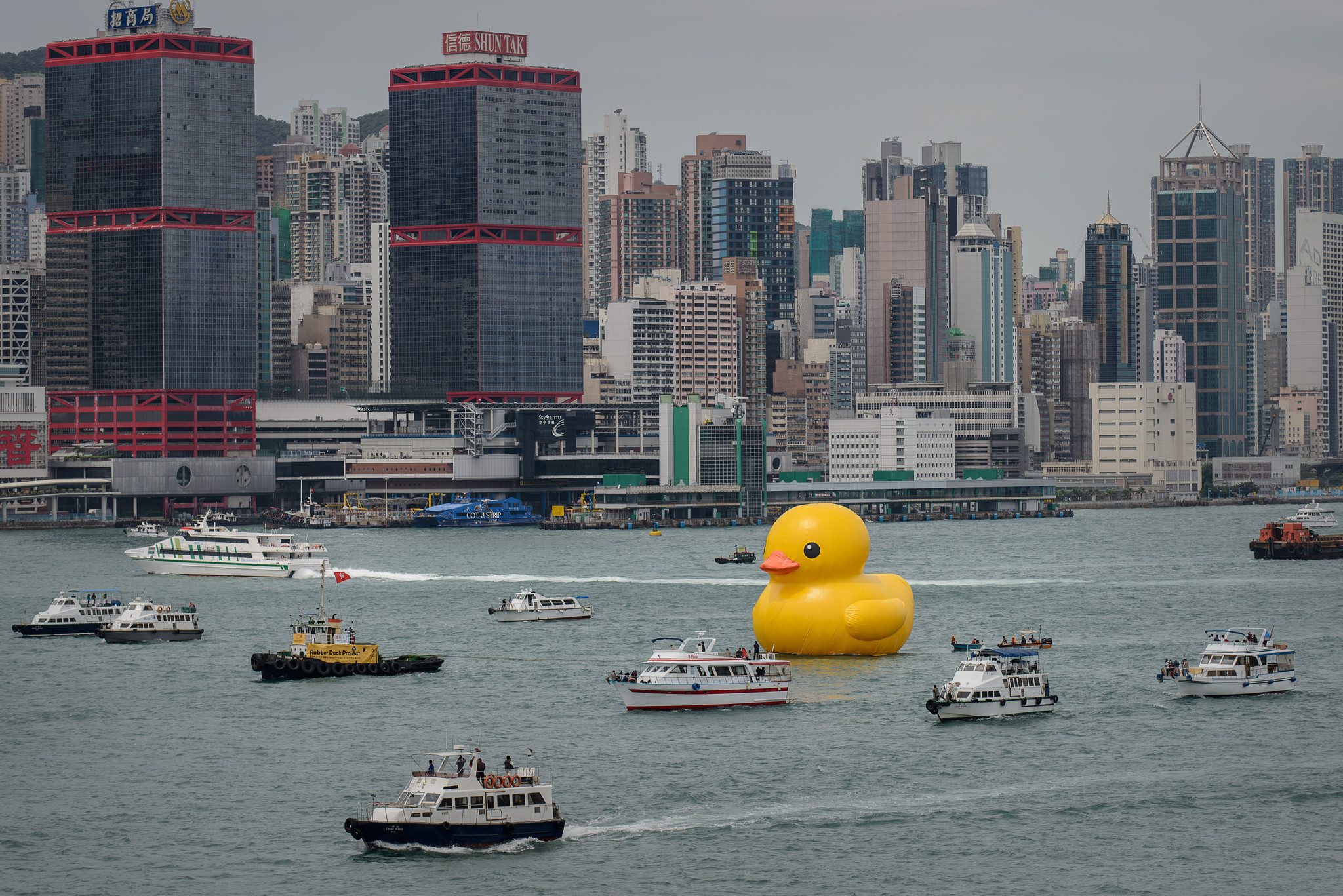 The Dutch artist Florentijn Hofman has been making Rubber Duck sculptures since 2007. He’s exhibited them all around the world, e.g. Japan, the States, the Netherlands, Brasil, Australia… He believes that his sculptures can unite people and make them happier. I think that a giant rubber duck, in the bath or anywhere else in the world, can make everyone happy.

If you find any joy and inspiration in our stories, PLEASE SUPPORT
DailyArt Magazine with modest donation. We love art history and we want to keep going with writing about it.
$5 $10 $25 $50 $100 MONTHLY
Related Topics:bathing