Salvador Dali’s Body To Be Exhumed For Paternity Test 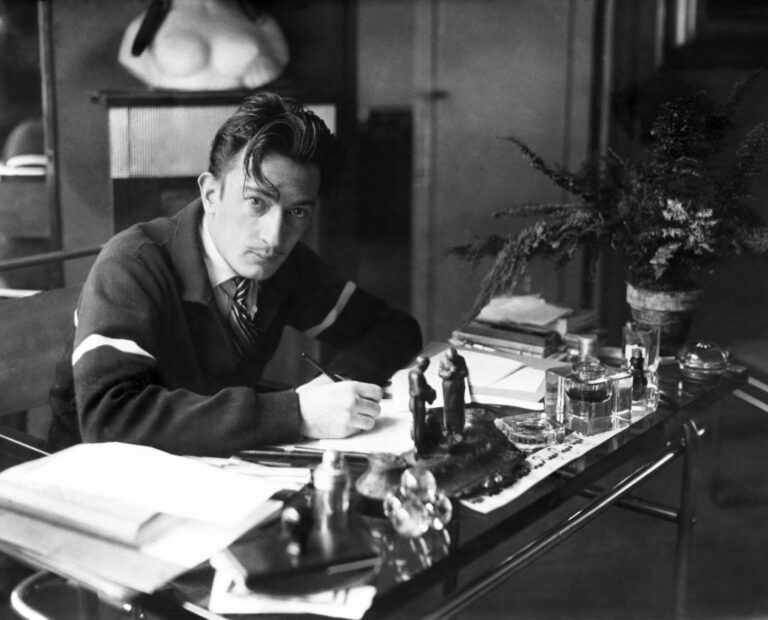 A Spanish court has ordered the remains of Salvador Dalí to be exhumed in an attempt to extract DNA for a paternity claim from a woman born in 1956.

The woman, Pilar Abel, a tarot card reader and fortune teller from Girona, a city close to Figueres in north-east Spain where both she and the artist were born, for the past 10 years has been trying to prove that she is Dali’s only child and an heir to a quarter of his fortune. Abel claims she was conceived during a secret liaison in 1955 and that her mother, Antonia, told her on several occasions that Dalí was her father.

She has said the physical resemblance is so close “the only thing I’m missing is a moustache”.

A court in Madrid said Dalí’s body should be exhumed after previous attempts to establish the truth of her claim failed. “The DNA study of the painter’s corpse is necessary due to the lack of other biological or personal remains with which to perform the comparative study,” the ruling said.

There are two interesting things in this context. The first one – the profession of Mrs. Abel, who as a tarot card reader resembles Dali’s wife, Gala, who was also famous of being a fortune teller which was suppose to help Dali in his career. The second thing is Dali’s sexuality. Some believe Dalí was gay and once had an affair with the poet Federico García Lorca, others that he had feelings for his only sister Ana Maria. Others, however, believe that his sex life was confined to masturbation and voyeurism. His memoirs are spectacularly unreliable, but his account of his father trying to keep him on the straight and narrow by showing him images of body parts hideously disfigured by venereal disease cannot have helped. He once wrote: “Hitler turned me on in the highest.”

Abel says she was conceived in 1955 when her mother was working for a family in Cadaqués, a fishing village near where Dalí’s family had a holiday home and which is also the setting for many of his paintings. Her mother subsequently left the village and married another man.

Abel won permission from the courts in 2007 for an attempt to extract DNA from traces of hair and skin clinging to Dalí’s death mask, but the results proved inconclusive.

Later that year an attempt was made to extract DNA from material supplied by the artist’s friend and biographer, Robert Descharnes. Abel claims she never received the results of the second test, but Descharnes’ son Nicholas told the Spanish news agency Efe in 2008 that he had learned from the doctor who conducted the tests that they were negative.“There is no relationship between this woman and Salvador Dalí,” he said.

This is not Abel’s first recourse to the courts. In 2005, she tried to sue the Spanish writer Javier Cercas for €700,000 (£615,000), arguing that a character in his 2001 novel, Soldiers of Salamis, was based on her and that her reputation had suffered as a result. A judge shelved the case.