Religious Ecstasies And All That Jazz 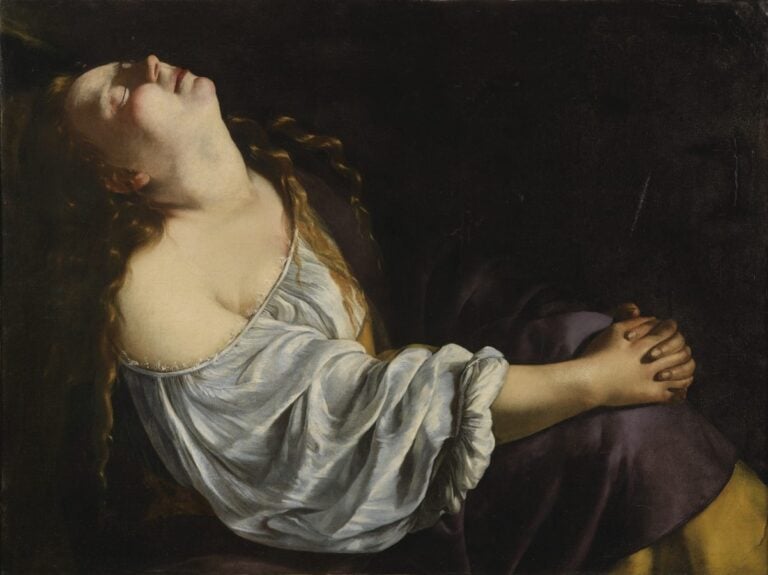 If you think that searching for better and reinforced experience of reality is something modern, you’re wrong. Saints proved long ago that you don’t need drugs, alcohol or any other substances affecting your perception in order to fall into ecstasy. You just need to have faith.

Weirdly enough, Francesco del Cairo really enjoyed painting saints in ecstasy or other eerie subjects like severed heads of John the Baptist. I wonder why…

Religious ecstasy can happen anywhere. Even in a cave.

Here Mary Magdalene is truly immersed in her prayer. Or is she already asleep after her exhausting experience?

When St Francis reached the state of ecstasy, he also received stigmata that is the five wounds of Christ. You can see black dots on his hands and feet, and the fifth wound would be on his chest below the heart. This way the saint would experience the exact suffering of the crucified Christ.

Look at this beautiful angel supporting St Francis. Can his tender look be interpreted in terms of homosexual tendencies of Caravaggio? Who knows?

If we’re talking about sexual implications, we need to mention this work. When Bernini completed the commission for the Cornaro Chapel in the church of Santa Maria della Vittoria in Rome, many controversies arose. Critics stated that St Teresa’s face looks as if she was having a sexual, rather than religious, experience. Bernini defended himself that he based his realistic depiction on the diaries of the saint in which she described her ecstasy:
I saw in his [angel’s] hand a long spear of gold, and at the iron’s point there seemed to be a little fire. He appeared to me to be thrusting it at times into my heart, and to pierce my very entrails; when he drew it out, he seemed to draw them out also, and to leave me all on fire with a great love of God. The pain was so great, that it made me moan; and yet so surpassing was the sweetness of this excessive pain, that I could not wish to be rid of it.

Judge it for yourselves.