Have A Look At Louvre Abu Dhabi 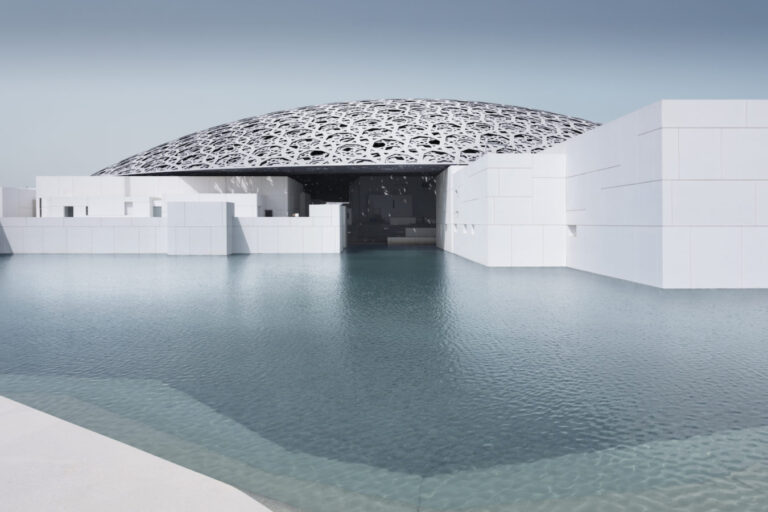 Louvre Abu Dhabi just opened on November 11th, 10 years after the project was announced in 2007. The art museum, designed by French architect Jean Nouvel, cost over £1 billion to make.

Abu Dhabi is renting the name “Louvre” for 30 years and paid France £399 million to do so.

They also loaned 300 artworks from France, which cost £571 million. Just like Paris, the museum has a Da Vinci portrait, “La Belle Ferronniere,” which is also on loan. Last week also the information came up, that Salvator Mundi, the painting of Da Vinci auctioned at Christie’s for 450 mln was acquired for Louvre Abu Dhabi and it’s going to be exhibited there.

Almost 8,000 metal stars overlap to form the geometric pattern of the dome. It filters sunlight to create is described as “a rain of light”, throwing flecks of illumination on the white blocks and promenades that forms the building’s interior.

“It is a project founded on a major symbol of Arab architecture: the dome. But here, with its evident shift from tradition, the dome is a modern proposal,” said French architect Jean Nouvel.

There are more than 620 pieces and artefacts on display including Degas, Van Gogh, Monet, and Picasso. There’s also a famous Napoleon painting from Jacques-Louis David. Only 235 pieces are from the museum’s own collection. The rest are the loans from 13 French museums like Pompidou, Musee d’Orsay, and Versailles.

Here is a short sneakpeak how the museum looks inside – and it’s stunning: