Khaled al-Asaad — The Hero of Palmyra 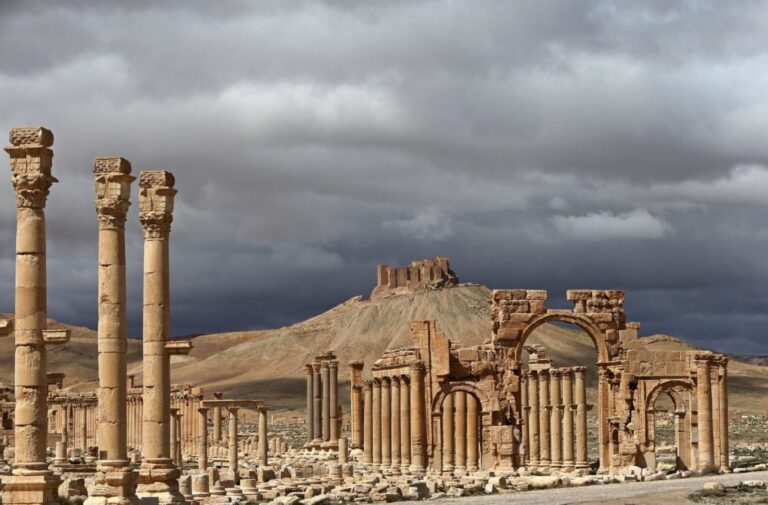 The ruins of Palmyra in Syria. Photograph by JOSEPH EID/AFP/Getty. Source: The New Yorker.

Five years ago on August 18, 2015, the world-renowned Palmyran expert Khaled al-Asaad was brutally murdered by the Islamic State (ISIS) after weeks of torture. Shortly before ISIS took over his hometown of Tadmur, al-Asaad had helped move many priceless artifacts out of Syria to safeguard their legacy for generations to come. Five years later, the world continues to mourn the loss of this distinguished scholar, who has been hailed as the Hero of Palmyra.

Khaled al-Asaad was born in Syria in 1932, less than a mile from the ancient Roman city of Palmyra. His fascination with the history of his hometown started early in his childhood and led him to an education in history at the University of Damascus. He was influenced by the Roman philosopher Cicero’s quote - "to be ignorant of the past is to remain a child." In 1963, al-Asaad was appointed as the principal custodian of the Palmyra site.

The restoration of Palmyra remained the primary focus of al-Asaad's career of over 40 years. He facilitated many archaeological expeditions and promoted their discoveries in international symposiums all over the world. Al-Asaad also mastered Palmyrene Aramaic and translated countless texts found in the excavations. He wrote several books and treatises on the history of the civilization and is rightly credited with the elevation of Palmyra as a UNESCO world heritage site and an important center for international cultural tourism in the Middle East.

Palmyra was more than a job to him, his devotion was absolute. He even named one of his daughters Zenobia, after the well-known Palmyrene queen.

The Legacy of Palmyra

Palmyra was once a sprawling metropolis that was made possible by an oasis. It was located at the crossroads of the ancient world connecting Rome, Persia, Arabia, and China. Although the earliest reference to the city has been traced to the 2nd millennium BC, it was under Roman occupation in the 1st century that Palmyra reached its peak of development. Several important structures were added under Roman patronage, including the Temple of Bel, the Temple of Baalshamin, and the Great Colonnade. The city started to decline after the 3rd century AD and was eventually reduced to a small village amidst the grand ruins. The remains of Palmyra were rediscovered most recently in the 18th century.

Al-Asaad was 83 years old and retired when ISIS took over his hometown of Tadmur. Though many urged him to flee, he refused to do so, counting on his advanced years to spare him from the cruelty of the brutal occupiers. He was first arrested by ISIS for a few days in May 2015 and again in August 2015. The second time, he was mercilessly tortured by his captors who were trying to determine the whereabouts of Palmyrene artifacts.

Under the fanatical interpretation of Islam practiced by ISIS and its followers, the Roman statues were deemed 'heretical' and destroyed. It is also possible that ISIS was interested in these artifacts for their high monetary value in the black market for antiquities.

The Atrocities of ISIS

After refusing to cooperate with his captors, Khaled al-Asaad was publicly beheaded in the city of his lifelong devotion. His body was hung from a column and his severed head was placed beneath the dangling feet of his corpse. A placard hanging over his chest listed his perceived "crimes" of representing Syria at "infidel conferences," serving as "the director of idolatry" in Palmyra, of visiting "Heretic Iran" and of being an "apostate."

Khaled al-Asaad, The Hero of Palmyra

Despite the brutal end met by this great scholar, we at DailyArt Magazine honor Khaled al-Asaad for his utmost devotion to history and the arts, and for his incredible sacrifice.  His death was a huge blow to the community of Syria, Palmyra, and art history scholars worldwide. May he never be forgotten.