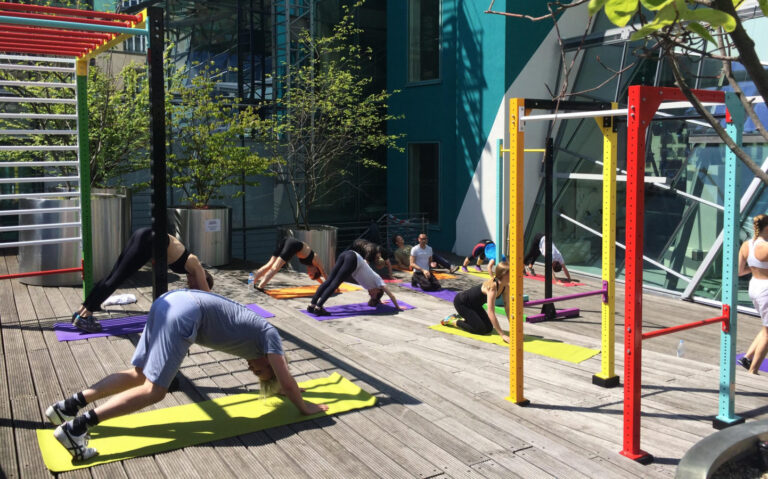 New York-based DIS collective works with popular culture, music, and fashion as much as with art. But what they do isn't always easy to categorize. For example, they run a stock photography platform called DISimages. They are in fact "refugees" from the advertising and marketing world themselves. They sank into artworld couple of years ago. DIS' main platform of communication is DIS Magazine. It maintains glossy aesthetic of advertising, while messing with the meaning. That's what recurring "dis-" prefix is about. In the magazine, "discover" is followed by "distaste". "Disco" is preceded by "dystopia". A few months ago, DIS curated 9th Berlin Biennale. They called it "The Present in Drag". Curators didn't simply point the finger at our neoliberal, corporatized world to criticise it. DIS rather fancy compressing it into exhibition space, and making it look sexy. To deal with today's problems, they want us to sink deeply into them. Berlin Biennale 9 is our world dream-like twisted and intense. So let's take a little tour around this sleek world, shall we? [caption id="attachment_2557" align="aligncenter" width="620"] 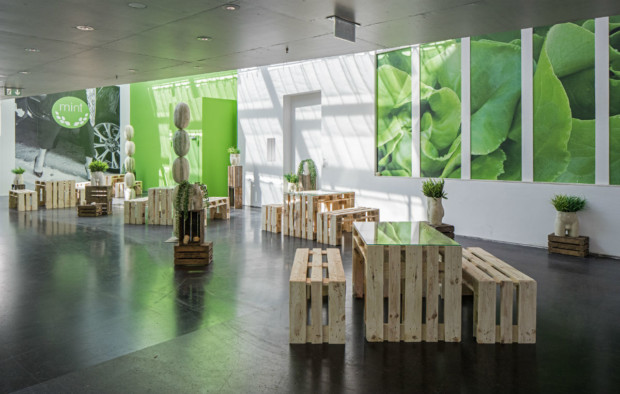 Debora Delmar Corp., MINT, 2016; courtesy Debora Delmar Corp.; Duve, Berlin; photo: Timo Ohler[/caption] Artist Debora Delmar added „Corp.” to her name and made „MINT”, an artwork that is fully operational juice bar in the exhibition venue. But it’s not simply a nice place for a weary visitor to rest. It's all about economics of such a places. „MINT” actually comes from: Mexico, Indonesia, Nigeria, and Turkey. Fruits are very cheap there. Then they are transported further, and become turned into fancy healthy drinks. Packed into well-designed little bottles, begging to be photographed and put on the Instagram as a lifestyle token, they become much more expensive. [caption id="attachment_2558" align="aligncenter" width="620"] 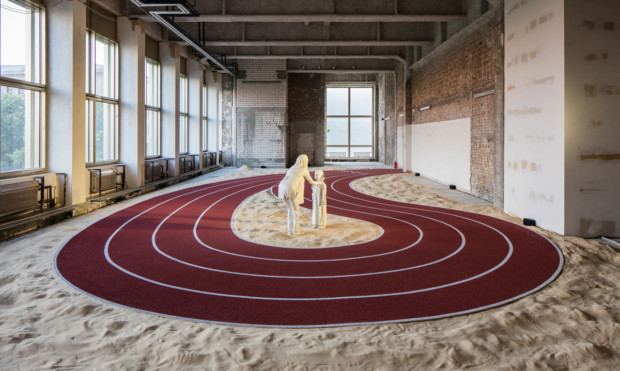 Installation view of "Positive Pathways (+)," 2016; courtesy GCC; Kraupa-Tuskany Zeidler, Berlin; Project Native Informant, London; Mitchell-Innes & Nash, NY; photo: Timo Ohler[/caption] GCC is a collective of several Arab artists, living in different parts of the world. „Positive Pathways” is a sculptural installation about modern Saudi Arabia. Amidst the running track, resembling walking areas from Saudi states, stands grown-up woman and a boy. She gives him so called „Quantum Touch”, supposedly providing healing and optimistic energy. It’s an ironic illustration of the outburst of New Agey practices, lifestyle trends and audacious corporations. All of a sudden, mental landscape of Saudi Arabia was transformed. It is seen as a lair of happines, wealth and good shape. Government of Saudi Arabia even established Ministry of Happines this year. [caption id="attachment_2561" align="aligncenter" width="620"] 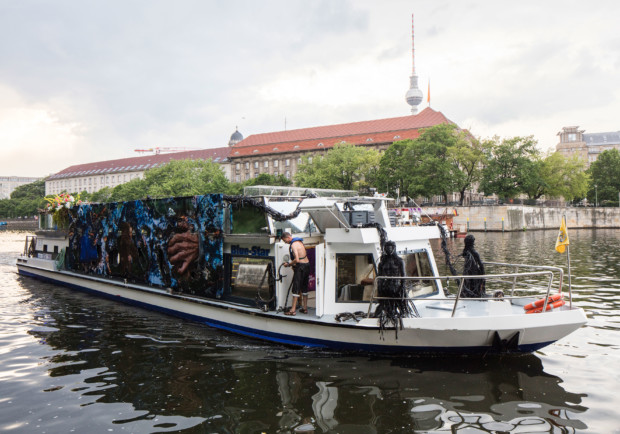 Installation view of "There’s a word I’m trying to remember, for a feeling I’m about to have (a distracted path toward extinction)," 2016; courtesy Korakrit Arunanondchai/Alex Gvojic; C L E A R I N G, New York/Brussels; Carlos/Ishikawa, London; photo Timo Ohler[/caption] But for every utopia there is a dystopian catastrophy. Korakrit Arunanondchai and Alex Gvojic made they work in an unusal place - on the boat floating around Berlin. Board it and you'll get sucked into something resembling a setting of a B-class horror movie. There are vivid plastic plants, hybrid animals and a bunch of waste around. And the lower deck there's some background story. A movie shows a futuristic vision of human extinction and the Earth dominated by antropomorphic rats. [caption id="attachment_2560" align="aligncenter" width="620"] 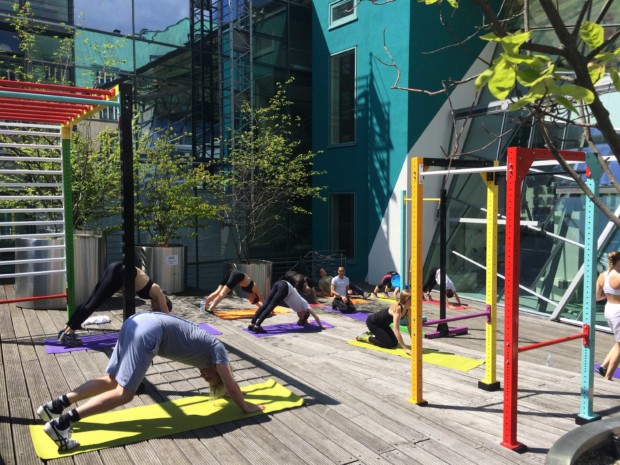 Open Workout at Akademie der Künste, photo: David Toro[/caption] DIS is especially interested in art that’s tightly bonded to surrounding reality. And sometimes art blends into life up to a point when it’s not even declared to be art anymore. Such is the case of Nik Kosams. He was a successful artist a few years ago but then he decided not to do art anymore. Instead, he works in fitness and healthy food industry. When curators invited him to participate in the biennale, he didn’t refuse. But he claims that his contribution is not a sculpture, performance or anything like that. It’s a set of gym equipment on which visitors - guided by the artist - can work out.