Richard Tuttle is an American postminimalist artist known for his small, subtle, intimate works. His art makes use of scale and line. His works span a range of media, from sculpture, painting, drawing, printmaking, and artist’s books to installation and furniture. His widely known internationally and his works have been exhibited and are owned by great collections. In the United States, however, acceptance of his work was slower. His works on paper are considered seminal works in American art. His first works, small monochrome reliefs, were followed by making palm-size paper cubes with cut-out designs and shaped wood reliefs that seemed like a twist on geometric abstraction. Beginning in the mid-1960s, he began to create eccentrically-shaped painted wood reliefs, followed by ideograms made of galvanized tin, and unstretched, shaped canvases dyed in offbeat colors. [caption id="attachment_7293" align="aligncenter" width="620"] 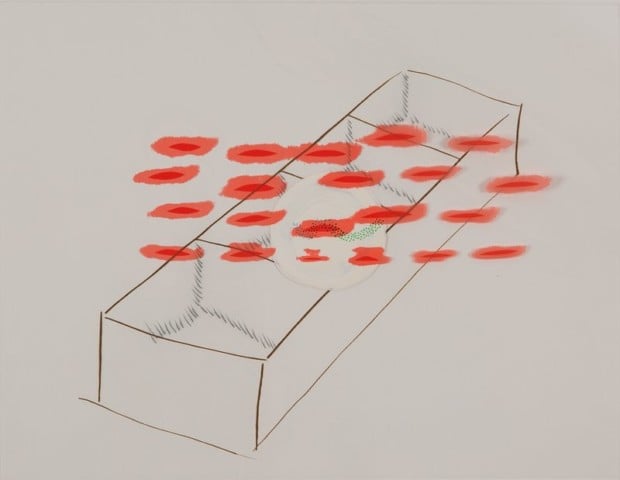 Richard Tuttle, Homesick as a Nail, print[/caption] Watch an emotional interview with Richard Tuttle, who said: "Artists they're from nature, they come out of nature, they're like the clouds that just happen." Being an artist is not like a disease, and it's not something, which can be cured via psychoanalysis either. Artists are a part of nature, like clouds that just happen, Tuttle explains. For Richard Tuttle personally art has always been his life, something he could not live without. Tuttle also explains that art is a human invention, a system which produces freedom, and which is necessary for keeping society healthy. The interview is as subtle and intimate as Tuttle's work - the artist invites us in for a glimpse of his childhood pain. Most artists have terrible childhoods, and would die without art, Tuttle says. He was brought up by three women, his aunt and grandmother helped his mother, who wasn't able to take care of him on her own. His father didn't understand him. Most artists grown up without the understanding of their families, Tuttle says: "They try to make you like they are." [caption id="attachment_7294" align="aligncenter" width="620"] 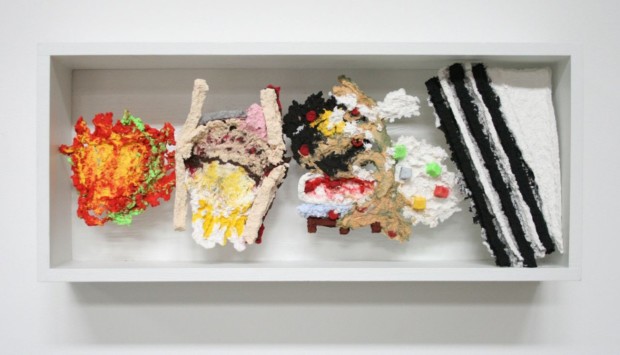 Richard Tuttle, The Triumph of Night, 2009[/caption] Tuttle also tells us how he learned never to trust teachers, and to always trust his own beliefs first of all. Most of us are conditioned by our surroundings as we grow up, the wisdom of society stamps out the inner life, as we learn how to operate in the world. But the artist's job is to explore the invisible world of nature and emotions.