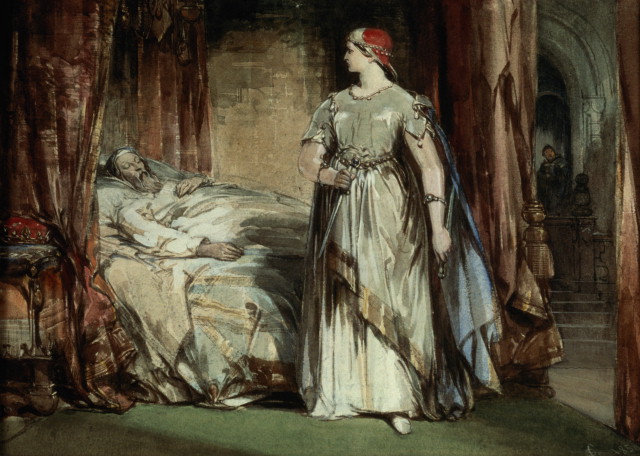 Hell hath no fury like a murderess scorned and, boy, you better believe it! If you were to take a moment and google ‘murder in art’ your computer screen will be filled with the gruesome images of man slaughtering man. Soldiers fought and died at the hands of other soldiers. Murderers slaughtered unsuspecting gentleman walking home from the Inns of Court for the sake of the change in their pockets. We know this went on in the past and, unfortunately still goes on today. However, it wasn’t always men who took to ending the life of another human being. Funnily enough, many deaths in history came at the hands of a vengeful murderess.

A Murder to Protect Her Kin

Take the above painting as a prime example of a revengeful murderess’ ruthless potential. Gentileschi’s portrayal of the vengeful Judith is graphic and powerful. The story goes that an Assyrian General by the name of Holofernes was planning to destroy the city of Bethulia, which just so happened to be the home town of our calculated murderess. Knowing Holofernes’ plans, Judith used her unmatched beauty and attraction to gain entrance to the General’s quarters. Where upon, and without hesitation, she decapitated him with a military sword while he slept soundly in his bed. Vigilante justice at its finest from the first murderess on our list.

A Murder to Take Control of Her Land

Possibly the most well known of Shakespeare’s characters is Lady Macbeth and, if you’ve ever read or seen the play, you’ll know why this 1850 depiction of our second murderess at King Duncan’s bedside holds pride of place on our list of killer queens. Along with her husband – Macbeth – the lady of the house aided in the murder of their King under their own roof. Now, strictly speaking it was Macbeth who actually ended the King’s life. However, who do you think was the one to peer pressure him into doing it? Who brought his manliness into question? Used her feminine charms to manipulate her husband into committing the worst of crimes? Who do you think took the bloodied weapons from him and hid them way when he panicked?

You guessed it -The lady of house Macbeth. The strong woman working behind the easily manipulated man. It was him who got to be King and wear the crown though … bit of a shame really.

A Murder to Exact Revenge

The final entry to our esteemed list of lady life takers is Sirani’s depiction of the vengeful murderess Timoclea. Without hesitation, this wronged woman exacted the perfect revenge on her rapist and assailant during a raid on her home town. In a time when violence and rape were considered the natural order of things during a military assault on a city, innocent Timoclea was mercilessly raped at the hands of a high ranking Thracian Captain. Once this haunting act had come to an end, the Captain in question proceeded to ask Timoclea where she kept her valuables. Being the female powerhouse that she was, Timoclea happily led the Captain to a  water well where she said she stored all of her money for safe keeping. Being the greedy soldier he was, the Thracian captain let his guard down in an instant and peered into the well to count his bounty.

Realising this was the moment to strike, it was only a moment later that Timoclea exacted her revenge and pushed him into the well in which he peered. She then threw a few heavily weighted rocks in after him for good measure. A man of war falling to his death at the hands of a woman he thought was helpless… it’s almost poetic, isn’t it?

So there we have it! Three murderous women depicted taking the lives of men who thought they had all the power. A General, a Captain and a king. Not half bad for a group of people thought to be inferior to their male counterparts. Hell hath no fury like a woman scorned – isn’t that the truth?