Giovanni Segantini: A Snowy Story With A Sad End 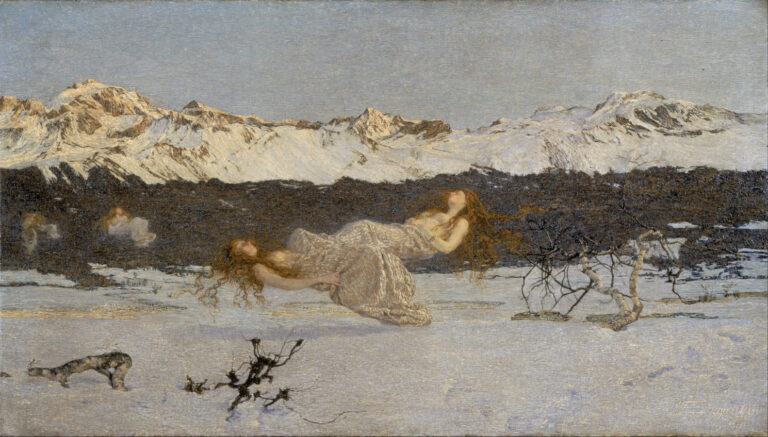 December is a month of snow (for those in the colder corners of the world...), hot chocolates with marshmallows and mince pies. I'm slowly getting into this snowy mood and that's why today I want to present you with a painter who loved mountains and snow: Giovanni Segantini. 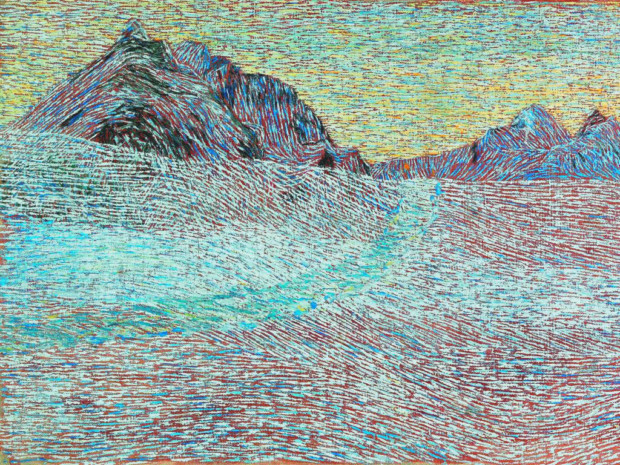 Giovanni Segantini, Mountain Landscape, 1898[/caption] Segantini was an Italian painter, a representative of a tendency called Italian Divisionism, which drew from the academic traditions of Italy's rich visual heritage, yet it also took cues from the modernist practices of the French Neo-Impressionists, or Pointillists. On the contrary to Pointillists who used small dots of paint, Italians divided brushstrokes into so-called 'filaments' in order to increase the chromatic luminosity of the painting.

Giovanni Segantini, Return from the woods, 1890, St Moritz, Segantini Museum[/caption] Giovanni had a very sad childhood. His mother died when he was seven and his father left the boy under the protection of his daughter from a previous marriage, Irene, and went away in a search of a job. Unfortunately, he died a year later leaving Irene and Giovanni in extreme poverty. Giovanni ran away from home and was found by a priest. He didn't know how to read or write but the priest noticed that he could draw very well and he supported the boy in his first sketches. 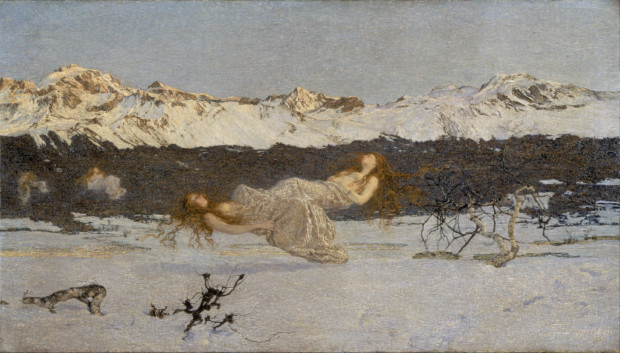 Giovanni Segantini, The Punishment of Lust, 1891, Walker Art Gallery[/caption] When he was 21, he met a girl, Luigia Pierina Bugatti, a sister of his friend, known by the name "Buci". However, he couldn't marry her, because Giovanni did not have a citizenship of any state (he was born to an Italian family in Trentino, which at the time belonged to the territories of the Austro-Hungarian Empire, yet he didn't have either Austrian or Italian documents). They decided to stay together despite that, which condemned them to remain ostracized by the local community. 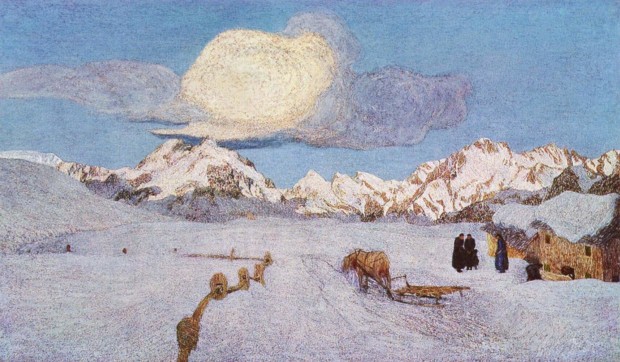 Giovanni Segantini, Death, 1898-1899, Segantini Museum, St. Moritz[/caption] After creditors pursued him he moved with his family to the Engadin valley in Switzerland. This allowed him to paint en plain air, which he loved and the alpine passes and clear light became his chief subject matter. He built himself a mobile studio high in the mountains which would allow him to keep his canvases, which often had enormous dimensions, overnight on the site. Segantini worked in the high altitude mountains. However, the cold and the intense pace of his work coupled with the extreme conditions of high altitude, affected his health, and he became ill with acute peritonitis. One day, he was stricken with an attack while painting and two weeks later he died.