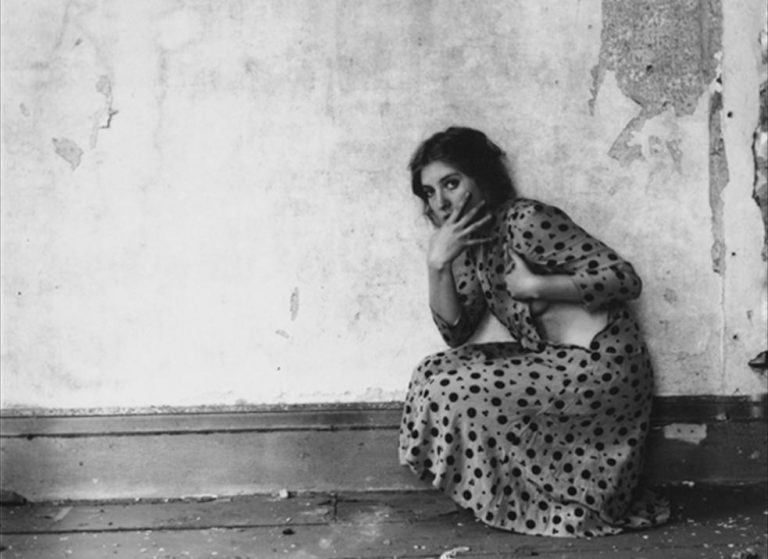 This is going to be a story of beauty and an underappreciated genius that came to an untimely end. Brace yourselves for an unhappy ending and the black-and-white world of Francesca Woodman’s photographs.

Francesca Woodman was born in Colorado in 1958 to parents who were both artists. The family usually spent summers on an old farm in Tuscany, Italy, and Woodman spent a year there attending school. She became interested in photography as a teenager and decided to attend studies at the Rhode Island School of Design (RISD) in Providence, Rhode Island. She spoke fluent Italian and went for an exchange to Rome in 1975.

Having graduated, she moved to New York in 1979 in order to, as she said, “make a career in photography.” She sent the photographs she had taken at the university (the ones you can see here) all over the city but her portfolios were met with a lack of interest. Woodman started becoming depressed, all the more so because she had broken up with her partner. She made her first suicide attempt in 1980 but she was saved.

After the first attempt, Woodman moved in with her parents. She attended therapy and things seemed to have gotten better. Not for long, however. On January 19, 1981, she died of suicide. Her father claimed that his daughter’s death was related to unsuccessful applications for funding.

Francesca Woodman’s photographs have always had a disquieting feel to them. The shabby interiors of the former dry goods store where she set up a studio and living space, or frequently visited nearby abandoned houses and other rundown spaces, created an out-of-time atmosphere and a striking contrast to the young, smooth, and very “alive” female bodies she photographed.

Usually, she used herself as a model (“I’m always available” she used to say) but in the majority of her self-portraits, her face or body was obscured, veiled, or distorted so that she never really showed herself. The art critic and philosopher Arthur Danto noted: “The difference is that she always shows herself as the same character – the character of a young woman in various mise-en-scenes”. I feel that this way her photographs find their way to more young women who feel as isolated, lost, and underappreciated as herself.