10 Most Famous Adoration of the Shepherds Paintings 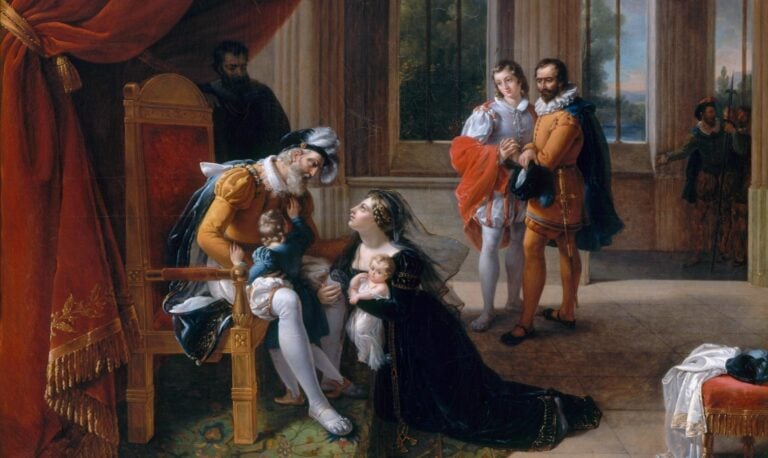 Christmas time is in full swing! Hope you’re having a great time with your family and friends. To sustain the atmosphere we have prepared for you Top 10 of the paintings with the theme of Adoration of the Shepherds. Enjoy!

The Adoration of the Shepherds, in the Nativity of Jesus in art, is a scene in which shepherds are near witnesses to the birth of Jesus in Bethlehem, arriving soon after the actual birth. It is often combined in art with the Adoration of the Magi, in which case it is typically just referred to by the latter title. But you cannot confuse it with The Annunciation to the Shepherds, when they are summoned by an angel to the scene, which is a distinct subject.

The Adoration of the Shepherds is based on the account in the Luke 2, not reported by any other Canonical Gospel, which states that an angel appeared to a group of shepherds, saying that Christ had been born in Bethlehem, followed by a crowd of angels saying Glory to God in the highest, peace on earth to [people] of good will. The shepherds are then described as hurrying to Bethlehem to visit Jesus, and making widely known what they had been told concerning him, before they finally return to their flocks. They praise God for “all the things that they had heard and seen, as it was told them,” (Luke 2:20). Robert Gundry notes that the statement “appeals to eyewitness testimony combined with heavenly revelation.”

1. Adoration of the Shepherds by Domenico Ghirlandaio, 1485

The shepherds, among whom is a portrait of the artist himself, are portrayed with a realism that was an advance in Florentine painting at that time. The altarpiece is still in position in Santa Trinita, surrounded by the frescos of which it was the centrepiece. On either side are portraits of the kneeling donors, the very rich Portinari family.

2. Adoration of the Shepherds by Giorgione, 1510

The Adoration of the Shepherds, or the Allendale Nativity, as it is commonly known after one of its previous owners, is now almost unanimously accepted as Giorgione’s work. This important painting had an immediate impact on Venetian artists. The composition is divided into two parts, with a dark cave on the right and a luminous Venetian landscape on the left. The shimmering draperies of Joseph and Mary are set off by the darkness behind them and contrast with the tattered dress of the shepherds. The scene is one of intense meditation; the rustic, yet dignified, shepherds are the first to recognize Christ’s divinity and they kneel accordingly. Mary and Joseph also participate in the adoration, creating an atmosphere of intimacy.

El Greco’s late work is characterized by a tendency towards abstraction and almost dance-like, restless movement, with the gestures of the shepherds indicating their excitement and wonder at the birth of Jesus.

4. Guido Reni, The Adoration of the Shepherds

This work is thought to date from about 1640 and was possibly commissioned by Prince Karl Eusebius of Lichtenstein (died 1684). Reni may have had some studio assistance in the execution of the painting. Reni has taken a higher viewpoint, in which angels balance the composition. Ingeniously, they also reflect back the light coming from the newborn Christ.

Mantegna, one of the prodigies of Italian painting, had already established his reputation by the age of eighteen. This work must have been painted when he was in his early twenties, and it already shows the painter’s astonishing descriptive gifts fully developed. It may have been commissioned by Borso d’Este, duke of Ferrara, and its style seems to be a response to the ideas of his court humanists, who admired detailed description. Although slightly cut down on the right side, and transferred from wood to canvas, the painting is in excellent condition.

6. Bartolomé Esteban Murillo, The Adoration of the Shepherds, c. 1660

Murillo’s life was characterised by very strong personal faith and involvement in religious fellowships: in his mid-twenties, he joined the Confraternity of the Rosary in his parish and in 1662, became a member of the Franciscan Third Order. Working in a city steeped in religious devotion, Murillo’s paintings inspired vigorous religious feeling. For this reason, they were enormously popular during his lifetime. During the nineteenth century, Murillo’s works were held in high esteem by collectors, and several versions of The Adoration of the Shepherds are known.

7. The Adoration Of The Shepherds by Caravaggio, 1609

The Adoration of the Shepherds was commissioned for the Capuchin Franciscans and was painted in Messina for the Church of Santa Maria degli Angeli in 1609 just one year prior to the death of Caravaggio. The Capuchins were among the few religious patrons and critics who were fond of Caravaggio’s brutal realism. Many were critical of Caravaggio’s approach to his religious paintings and called it “vulgar” to represent biblical figures as ordinary peasants.

This picture marks the beginning of La Tour’s last phase. The change in La Tour’s art in these last years is so great that it has to be seen in terms of a decline and a rapid increase in studio participation.

9. The Adoration of the Shepherds by Jean-Honore Fragonard, 1775

The Adoration of the Shepherds is one of Fragonard’s most famous religious pictures; he also executed a painting of the same scene. The composition focuses on the infant Jesus, who is symbolically placed in the center. The very subtle play of black chalk strokes and wash laid on delicately with a brush brings the scene to life and gives it a grave, emotional feeling. Contemporaries described this sheet as “drawn with facility and spirit.”

10. Adoration of the Shepherds by Gerard van Honthorst, 1622

This traditional, yet strikingly realistic representation of the visitation of the shepherds puts us in the stable with the shepherds. We can sense the wonder and delight that these astonished rural folk feel in the presence of the newly born, the incarnate Messiah. The incorporation of the baby’s shining, bright light speaks to the Johannine theme of Christ as The Light.