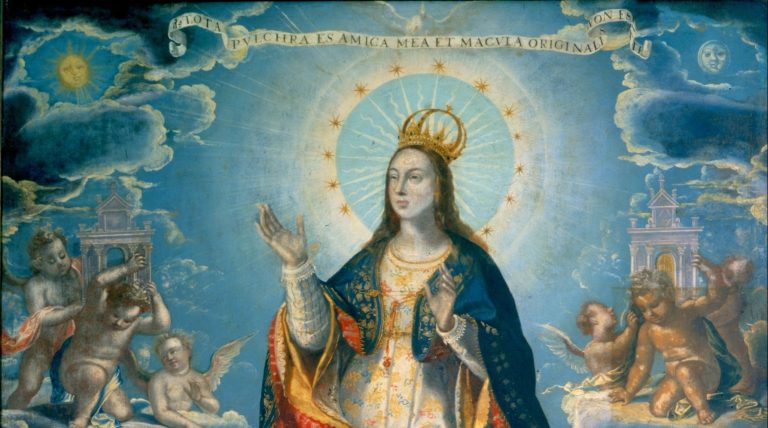 Baltasar de Echave Ibía was a renowned Novohispanic painter from the 17th century. In fact, he belonged to an artistic dynasty. Yet, he managed to distinguish himself from his relatives. His main characteristic was the use of blue tonalities in religious paintings. This earned him the nickname “the Echave of the Blues”. Let us dive into his work.

Unfortunately, little is known about the life of Baltasar (or Baltazar) de Echave Ibía (c. 1583–c. 1650). Moreover, many of his works aren’t dated. He was the son of Baltasar de Echave Orio, another famous painter. Unlike his father, Echave Ibía was born in New Spain. Later on, he married Ana Rioja and had a son. Following tradition, he named his child Baltasar de Echave y Rioja. Therefore, all three men had the same name and profession. Thankfully, they have a second last name to distinguish one from the others. 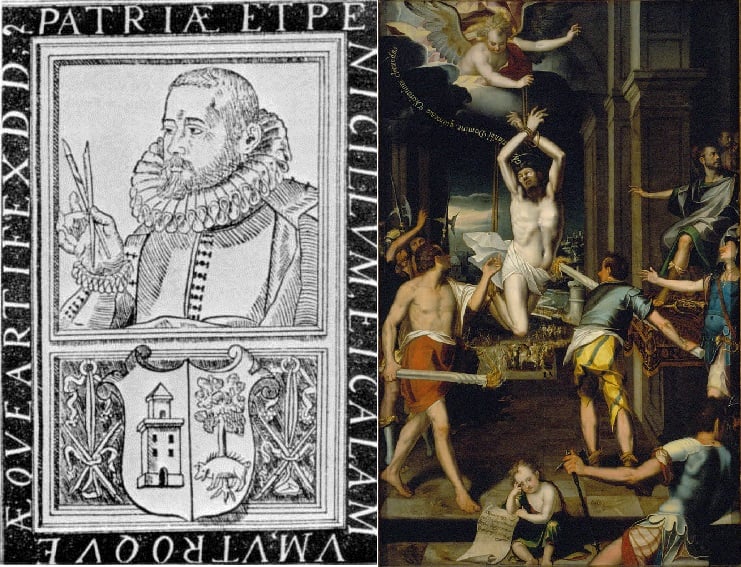 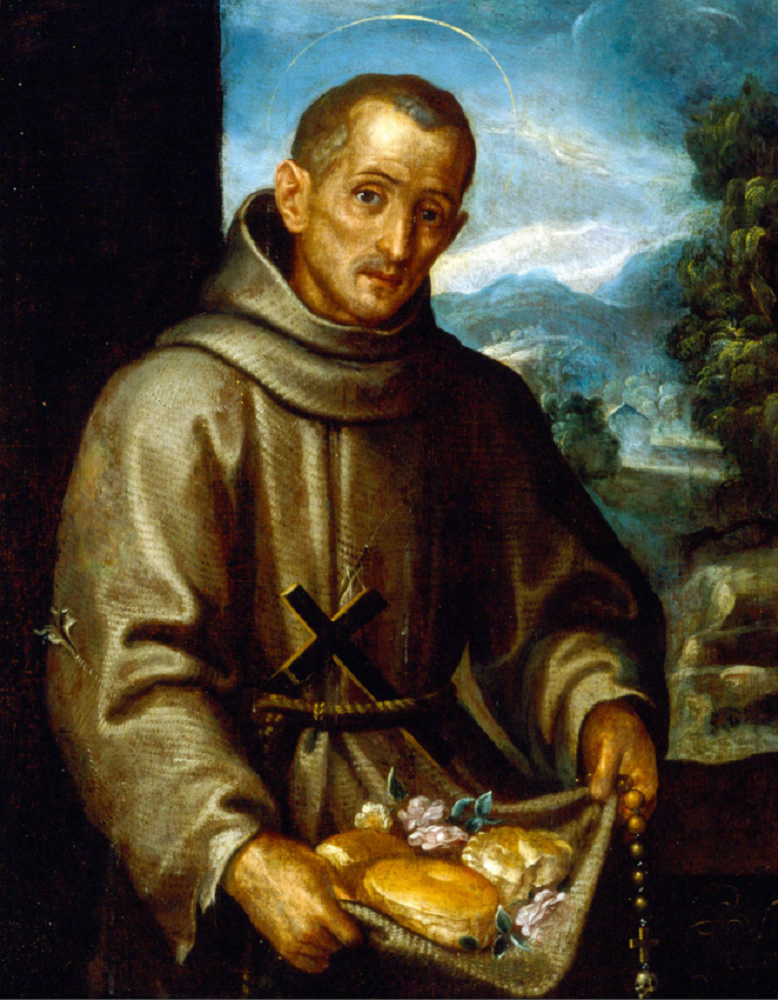 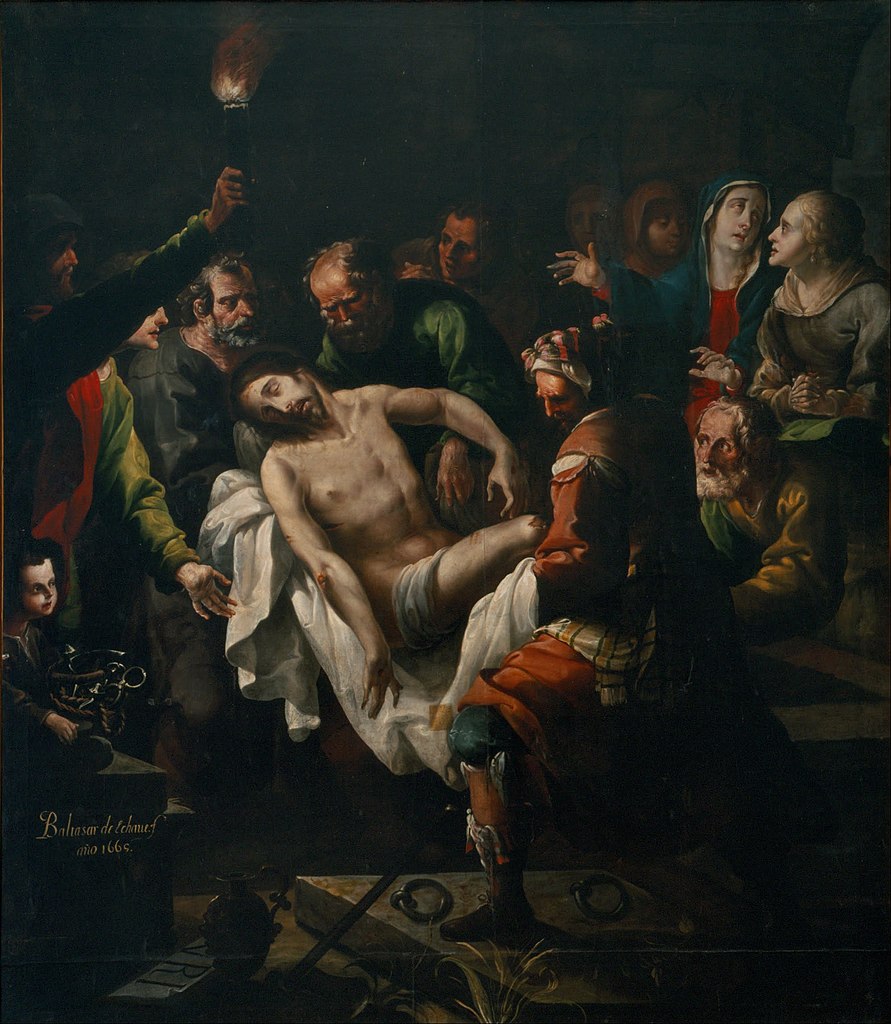 First, Baltasar de Echave Orio was the oldest member of this artistic dynasty. He was born in Spain, but moved to New Spain in the 1580s. His style was closer to the Mannierist that predominated in Europe at the time of his arrival.

Lastly, Baltasar de Echave y Rioja (1632-1682) adopted a Baroque style. However, his main teacher was not a family member but José Juárez, another member of an artistic family. Additionally, his uncle Hipólito de Rioja was also an artist.

In truth, to be part of an artistic dynasty that shared the same name and first surname could have been confusing. However, one distinct characteristic of Echave Ibía was the use of blue in most of his paintings, particularly in the landscapes. Additionally, academics like Angulo Íñiguez have pointed out that these backgrounds remind the viewer of the Northern European tradition. Furthermore, they note a naturalistic style.

Use of Blue in New Spain

But, where did the blue come from? The blue pigment has always been rare in nature. Therefore, its sources were widely sought and valued before its industrialization at the end of the 19th century. In the case of Colonial Mexico, a number of pigments existed on the market in the 17th century. Most likely, Echave Ibía used azurite, as it was the most popular blue pigment in New Spain at the time. Although it was valued, this mineral was more accessible than the precious lapis lazuli. In fact, this last one might have not been used at all in this era and region.

Normally, it came from various parts of Western and Central Europe, as well as the Americas. However, another important source after colonization was Santo Domingo in the Dominican Republic. At the time, it was called “Santo Domingo’s blue” or “Seville’s blue” since that was the place where it was refined. Alternatively, he could have used smalt blue which was used by painters such as Cristóbal de Villalpando (c. 1649–1714).

Without a doubt, Echave Ibía’s most famous work is the Immaculate Conception. It is obvious from this painting why Manuel Toussaint granted him the nickname “the Echave of the Blues”. Truly, the canvas is full of this color. Actually, in a study done only on the Virgin’s mantle, there were two qualities of azurite that granted the different tonalities. Additionally, he mixed the pigment with other materials to expand the palette. As a result, there are greenish touches in some parts of the canvas.

As more academics research Echave Ibía, his works will shed light on the artistic world of New Spain in the 17th century. For now, we can enjoy his wonderful paintings full of blue.

Insaurralde, Mirta, Castañeda‐Delgado, María. “At the Core of the Workshop: Novel Aspects of the Use of Blue Smalt in Two Paintings by Cristóbal de Villalpando”. 2021. Arts, 10 (25). Accessed on 28 July 2022.