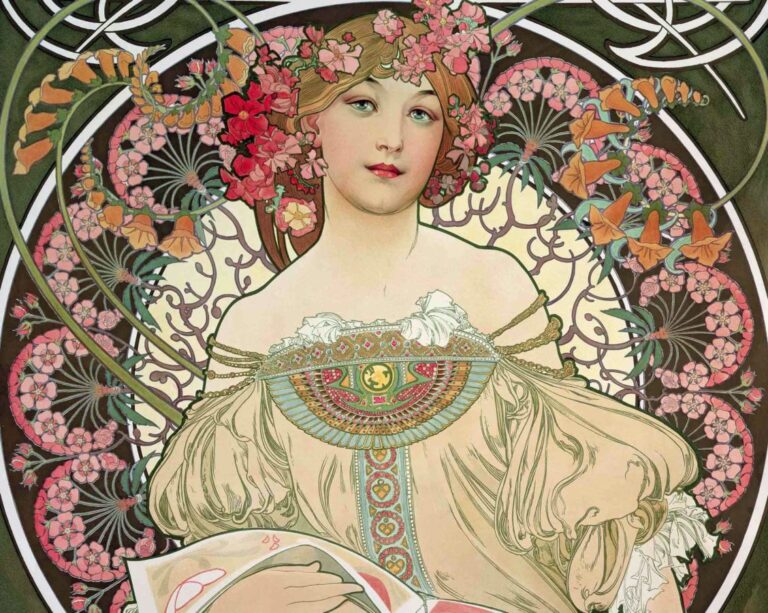 The Art Nouveau Season on Europeana explores the depth and diversity of the influential art movement and features beautiful Art Nouveau jewellery, posters and much more. Below, you’ll find the highlights of the movement, illustrated by Art Nouveau artworks transformed into GIFs.

Alphonse Mucha is probably the artist most publicly associated with Art Nouveau, but despite the great fame that his commercial art brought him, he preferred to see his work as being personal, spiritual and national. Devin Pascoe from Atlanta, Georgia (USA), author of the GIF: “I’m always drawn to Art Nouveau, and I knew there could be great movement with Mucha’s work.

Inspired by these exquisite botanical drawings, Art Nouveau designers transposed motifs from them into design sourcebooks, of which some of the finest examples were produced by the Swiss-born artist Eugène Grasset.

Fuller made her Paris stage debut in 1892 on the stage of the Folies Bergère. An early free dance practitioner, she developed a series of routines in which she whirled around the stage to the music of Debussy, Chopin and Schubert, illuminated by vivid lighting effects.

Rapid industrialisation during the 19th century generated a construction boom in many European cities. Fluid wrought-iron designs and architectural stoneware brought a distinctive and luxurious presence to building facades and bridges. Liked it? Check out Europeana Art to learn more and create your own GIFs from the openly licensed material from museums and archives across Europe.