cWhen Jay Phipps and Margarita Grace married on November 4th, 1903, they wed at Battle Abbey in East Sussex, England. There the 1066 Battle of Hastings ended with the Saxons’ defeat at the hands of William the Conqueror, marking the beginning of the Norman conquest of England. When Phipps took his new wife back to the United States, he bought about 200 acres of Quaker farmland in Old Westbury, Long Island. He then hired George Crawley, who had redesigned his father’s Fifth Avenue Manhattan residence, to construct him a home in the fashion of the great English country mansions. In a reserved Restoration style, which drew upon heavy use of floral motifs (which Crawley approached literally in his design of elaborate gardens around the house) and curvaceous forms evident in some of the windows and exterior scrollwork, Crawley built Phipps’ magnificent mansion. He would return to the project several times for additions and renovations, maintaining the original structure's architectural motifs. [caption id="attachment_5221" align="alignnone" width="620"]

Old Westbury as it stands today.[/caption] In its own time, Old Westbury garnered its own history to rival that of the spot where Phipps and Grace exchanged vows. In the twentieth century, the location became a nonprofit organization aimed at preserving the mansion. The Phipps’ daughter Peggie maintained and expanded upon the gardens her mother so dearly loved, and today both they and the house can be toured almost daily. [caption id="attachment_5226" align="alignnone" width="620"] 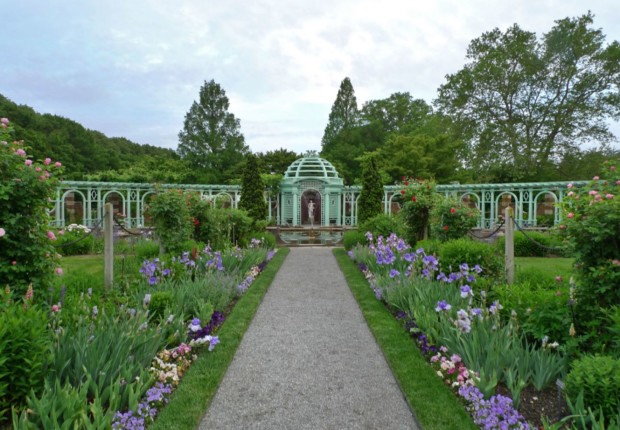 The gardens restored by Franck and Lohsen, architects.[/caption] Yet what eventually made Old Westbury famous was the presence of film crews on its sprawling lawns. The well-preserved and immaculately restored home and grounds made for an ideal filming location - whether a period piece or not - that drew some of the biggest names in cinema for more than half a century. Some of the more significant productions are listed below: Alfred Hitchcock’s classic 1959 thriller North by Northwest used the property as the house and gardens of Lester Townsend (Philip Ober). It’s here that Roger Thornhill (Cary Grant) is taken after being kidnapped - not the worst place to end up, I suppose. [caption id="attachment_5228" align="alignnone" width="620"] 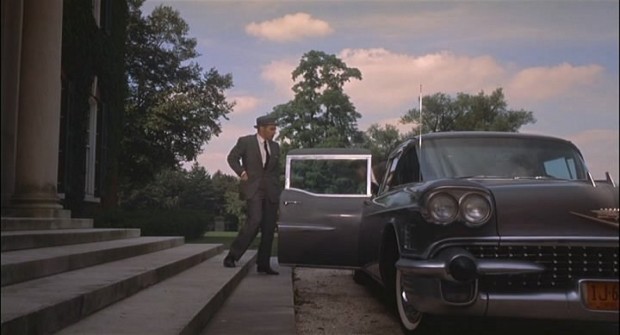 A still from "North by Northwest" with the steps of the mansion visible.[/caption] Seven-time Oscar-nominated picture Love Story had the mansion serve as the home of Oliver Barrett III (Ray Milland), the father of the lead, Oliver (Ryan O’Neal). The sequel, Oliver’s Story, returned to Old Westbury; this remains a lesser-known appearance of the property, as this film was not nearly as successful as its predecessor. Both the 1988 original and 2011 remake of Arthur, a class-clashing comedy starring Dudley Moore and Russel Brand in the lead roles for the first and second films, respectively. Old Westbury became Arthur’s house, fitting the lavish lifestyle of the eponymous New York millionaire quite well. [caption id="attachment_5229" align="alignnone" width="620"] 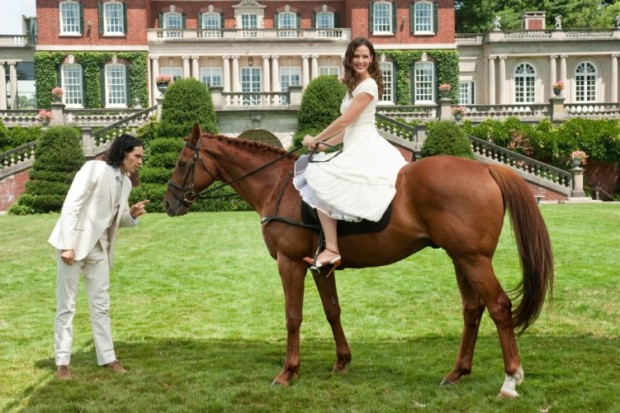 On the set of 2011's "Arthur" remake with Russel Brand and Jennifer Garner.[/caption] To Wong Foo, Thanks for Everything! - Julie Newmar was a struggling drag queen road film starring Patrick Swayze, Wesley Snipes, and John Leguizamo that struggled to compete with The Adventures of Priscilla, Queen of the Desert - released months before. Wong Foo culminates at the “Miss Drag Queen USA” competition - held on the lawn of Old Westbury. In The Devil’s Advocate, Kevin Lomax (Keanu Reeves) attends a posh Fifth Avenue (shoutout to Crawley’s first commission for the Phipps) cocktail party. The event is instead shot inside the estate, proving the location’s versatility. Helen Rosemond (Louise Fletcher) resided in Old Westbury mansion for 1999’s Cruel Intentions, lending an antiquated air to a contemporary teen drama. Some of the promotional images for the film actually show the estate nestled between the faces of Ryan Phillippe and Sarah Michelle Gellar. There is speculation that the house served as inspiration for the Buchanan Mansion in Bay Luhrmann's 2013 The Great Gatsby. One can see the similarities between the two structures, though the final product in Gatsby has more of a neoclassical appearance. [caption id="attachment_5222" align="alignnone" width="620"] 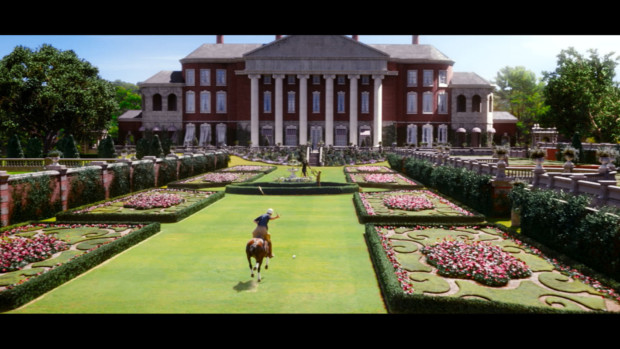 The Buchanan estate.[/caption] Not to spoil the film, but the joyous wedding at the end of Hitch takes place in the gardens surrounding the estate. To this day, Old Westbury hosts real wedding receptions, making good use of Margarita’s beloved grounds. Despite it’s more northerly location, the estate passed for the Florida mansion of May Welland in 1993’s The Age of Innocence. Though the mansion’s 1906 completion date makes its use a bit anachronistic for this 1870s period piece, there’s no denying that antiquated fashion brings the romantic charm of the property to life. [caption id="attachment_5231" align="alignnone" width="620"]

Winona Ryder as May Welland in 1993's "The Age of Innocence." The trellis work directly behind her is visible in full above.[/caption] Finally, in the 2004 remake of the political thriller classic, The Manchurian Candidate, Eleanor Shaw (Meryl Streep) calls Old Westbury her home. In the image below she can be seen beside the west pond, full of autumn leaves. [caption id="attachment_5224" align="alignnone" width="620"] 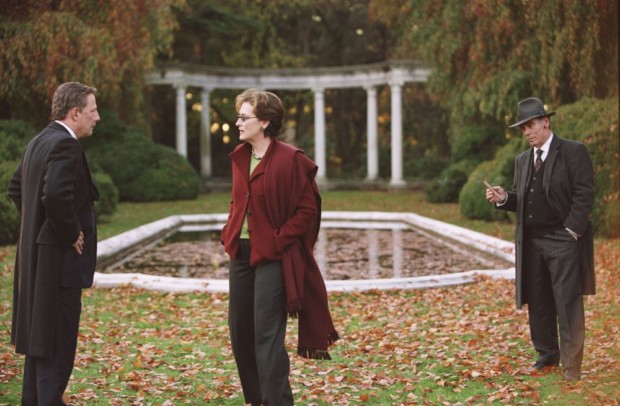 Meryl Streep as Eleanor Shaw in 2004's "The Manchurian Candidate."[/caption] Old Westbury is a place both in and out of time that, from not-so-humble beginnings, became a landmark in both local and international history. If the keepers of the property have preserved its soaring columns and intricate gardens for our posterity, Hollywood has immortalized them. Here’s to cinema keeping our history alive, and history giving life to our cinema.

When you think about Modernist architecture, probably Le Corbusier, Mies van der Rohe, or Oscar Niemeyer comes to mind. But have you paid attention...