An Illuminated Year with Limbourg Brothers 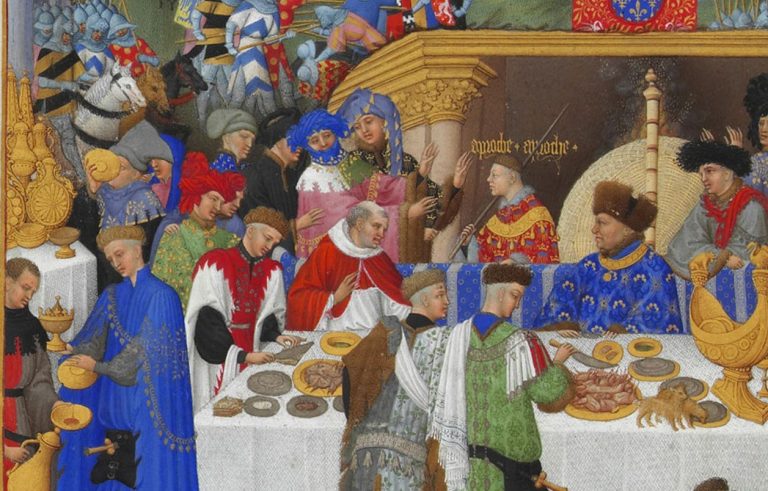 Just imagine you are an extremely rich duke living in the 15th century who likes pretty books and magnificent castles. What do you do to have them both? Commission a book filled with castles, as John the Magnificent, Duke of Berry did. Obviously, you would ask the Limbourg Brothers, the most famous miniature painters from the Low Countries, to make the most illustrious illuminations.

The Très Riches Heures is the name of probably the most famous book of hours in the world. A book of hours is a prayer book with texts for each liturgical hour of the day. It often contains psalms, masses, and calendars, as we can see here. 12 pages dedicated to each month show the usual activities and customs of the month, as well as the zodiac signs.

The illuminations are a clear example of the late International Gothic style. We can see it in typically elongated figures, little or mistaken spatial depth, and elaborate ornamentation and attention to detail. Check out the lavish costumes from the January page: the Duke is sitting on the right, he is wearing a furry hat and a blue robe, colored with the most expensive pigment made from crushed Middle Eastern stone lapis lazuli.

Duke of Berry was a great connoisseur of arts and a fond collector of jewels, castles, works of art, and exotic animals. He owned chateaux such as Saumur and Bicetre (also depicted on the pages of the calendar), rubies weighing up to 240 carats, ostriches, camels, and a magnificent collection of various books like astronomical treatises, maps, and religious books.

Paul, Hermann, and Jean were born in Nijmegen, Netherlands, in the late 1370s or 1380s to an artistic family. Their father was a wood sculptor and their uncle was an artist working variously for the French Queen and for the Duke of Burgundy. The brothers had entered into his service by 1402. In 1405, after the Duke’s death, they entered the service of Jean, Duke of Berry, and worked for him until their death in the plague in 1416.