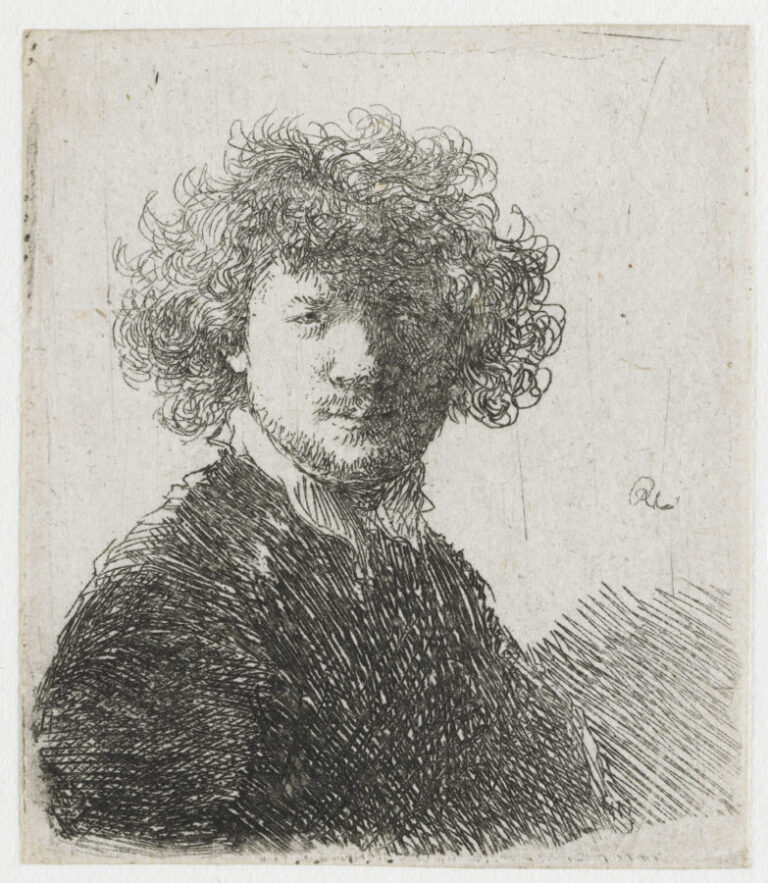 Do you know which European museum has one of the most interesting collections of Rembrandt van Rijn’s etchings?

It’s Rembrandt House Museum in Amsterdam. Once upon a time we have mentioned in a separate article 8 Reasons Why You Need To Visit this museum organized in the house where the artist lived between 1639 and 1656. Today we will add the ninth.

Between 1623 and 1630, when Rembrandt still lived in Leiden, he created an extraordinary series of 32 self-portrait etchings. They are very small – like the one we present today. The size only emphasises the genius of the artist. All of them shows how Rembrandt was trying to portray facial expressions – sometimes very funny ones, other times quite sophisticated. They are mostly informal, often playful tronies, studies of extreme facial expressions or portraits in what amounts to fancy dress; in several the clothes are the fashions of a century or more earlier. Rembrandt created them to taught himself to show various moods and emotions to later copy it to larger painting compositions. They were also advertising his skills. The artist pulled all sorts of faces in front of a mirror and recorded what he saw on an etching plate.

Most of the Rembrandt’s prints are signed with the monogram RHL (Rembrandus Hermanni Leidenses) which he used up to about 1632. After that, he generally signed his name in full: Rembrandt.

Of course Rembrandt didn’t stop with the etchings. Over the course of his long career, he made over 80 self-portraits in oil, in chalk, in pen and ink and wash, and in etching. As his early works are often witty, Rembrandt’s most soul-searching and moving images date from the end of his career.