You know Rembrandt and his portraits in hats. You know his biblical scenes and his views of Amsterdam. You could recognize his style from afar. But do you know his saddest love story which considerably impacted on his painting and the rest of his life? [caption id="attachment_1344" align="aligncenter" width="620"] 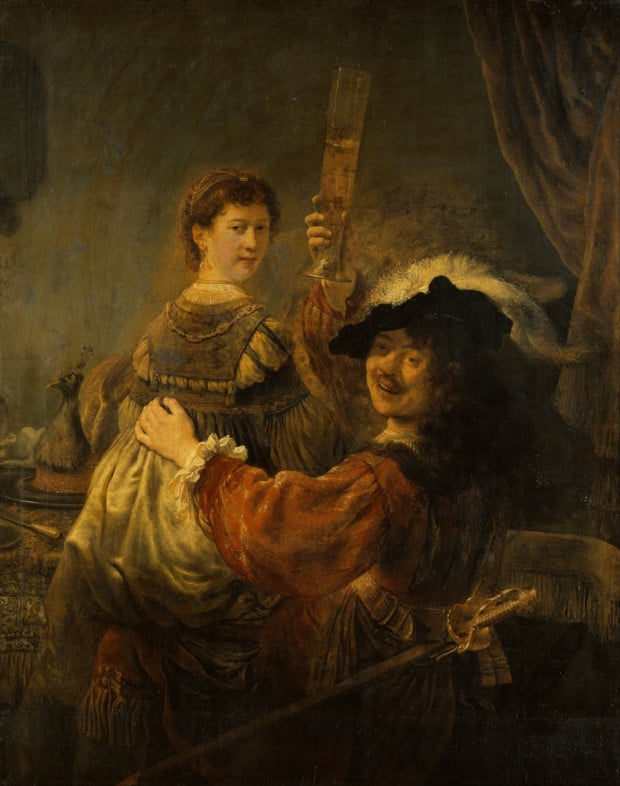 Rembrandt, The Prodigal Son in the Tavern, a self-portrait with Saskia, c. 1635, Gemäldegalerie, Dresden.[/caption] Rembrandt met Saskia van Uylenburgh in the house of her uncle who was an art dealer. She was a 21 years old girl from a respected and wealthy family - Rembrandt was no match for a girl from her social class. She must have been in love though, since against all conventions she really pressed for the marriage and a year after their engagement in 1633 they married. Nobody from Rembrandt's family came for the celebration. [caption id="attachment_1345" align="aligncenter" width="620"]

Rembrandt, Flora, 1634, Hermitage Museum, St. Petersburg[/caption] Rembrandt adored Saskia. She posed for him very often and he loved to paint her. She hides behind many of the female characters painted by Rembrandt. Here you can see her as Flora, a goddess of flowers. She looks pregnant - at that time Saskia was pregnant too, with their first son Rumbertus who died after birth. Their next child, daughter Cornelia died too and so did the next daughter. Only the fourth child, son Titus, survived childhood. [caption id="attachment_1346" align="aligncenter" width="620"] 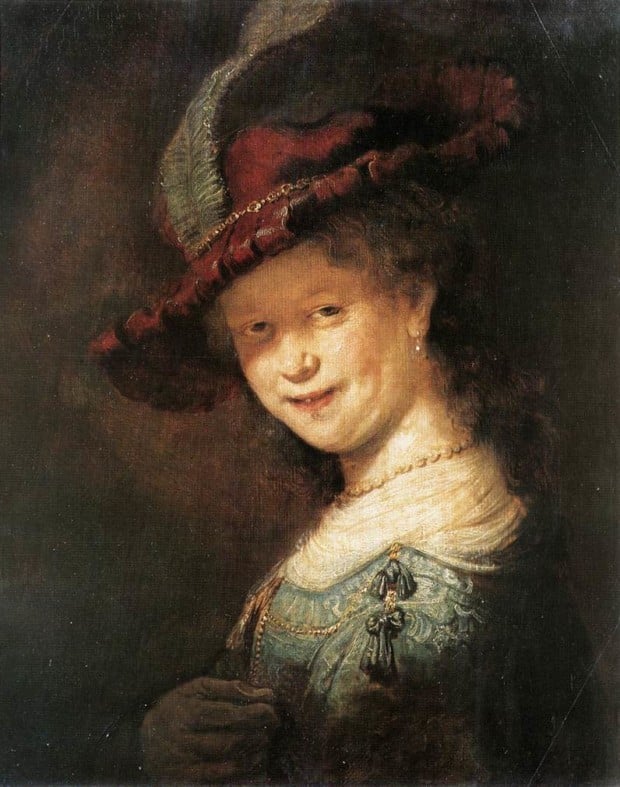 Rembrandt, Portrait Of The Young Saskia, 1633, Gemäldegalerie, Dresden[/caption] Sadly, after Titus' birth in 1642 Saskia fell ill and she died a year after, aged 29. Rembrandt drew her even on her deathbed. After her death, his painting style changed. He focused on etchings and drawings, and abandoned oils for over seven years. Even when he returned to painting, his works were dark and penetrated with solitude and grief. Neither of his next two mistresses could have possibly taken the same place in his heart as Saskia. THE SADDEST PART: With time, Rembrandt was getting poorer and poorer. He lost the inheritance after Saskia and he was forced to sell all his works. He was desperate to such an extent that he had to sell even Saskia's grave. Heartbreaking.