Paintings For The US Election Day 2016 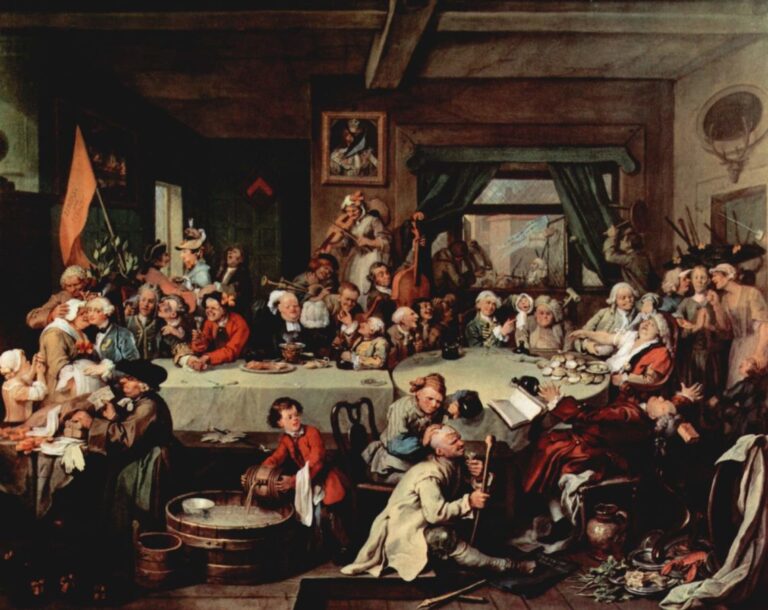 Remember, remember, the 8th of November... Uh, it's today, that important date which is going to decide about the situation in the United States and subsequently in the entire world. To inspire those who are still hesitating whether to go to the polls, I'm going to show you a series by William Hogarth Humours of an Election which hopefully won't distract you from casting a vote. [caption id="attachment_2037" align="aligncenter" width="620"] 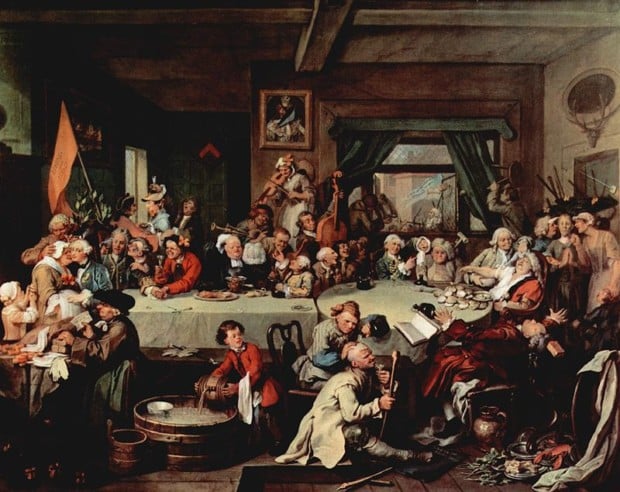 William Hogarth, An Election Entertainment, 1755, Sir John Soane's Museum, London[/caption] We are in England, Oxfordshire, in 1754. William Hogarth makes a comment on the condition of the contemporary process of voting: it's corrupt and degraded. There was no secret ballot back then, so you can imagine who really held voters' pens... In this painting Hogarth depicts a party organized by Whigs, while their opponents, the Tories, protest outside the tavern. Interestingly, the composition parodies typical paintings of Last Supper. [caption id="attachment_2038" align="aligncenter" width="620"] 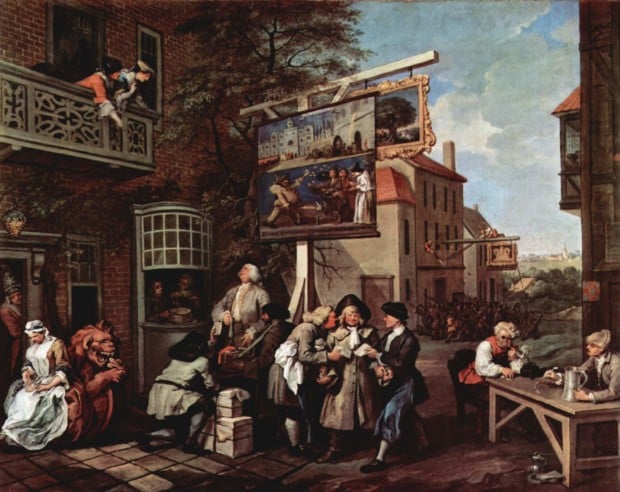 William Hogarth, Canvassing for votes, 1755, Sir John Soane's Museum, London[/caption] The party has finished and now two representatives of the opposing parties are trying to convince a voter, with a bribe, to vote for them. The sailors on the right and the soldier on the left stand for the unblemished patriotism for comparison. [caption id="attachment_2039" align="aligncenter" width="620"] 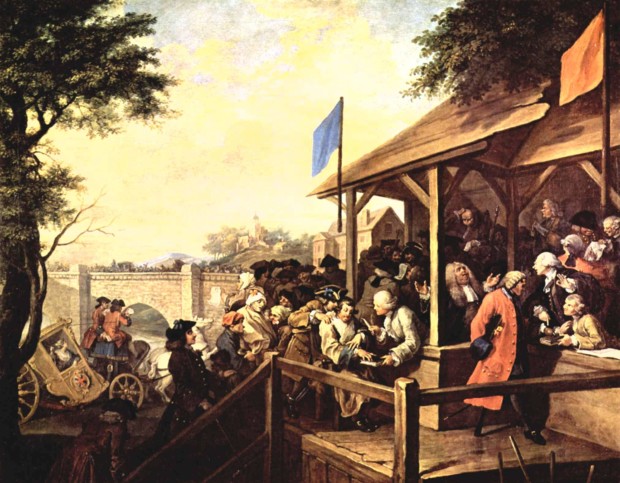 William Hogarth, The polling, 1755, Sir John Soane's Museum, London[/caption] The coloured flags are the signs of support: blue for Tories, orange for Whigs. The members of the parties still try every possible way to gain voters: some bring a madman, others don't let some people vote. A woman in a broken carriage in the background symbolizes Britannia.Her men are trying hard to keep going despite the ruined state of the vehicle... [caption id="attachment_2040" align="aligncenter" width="620"] 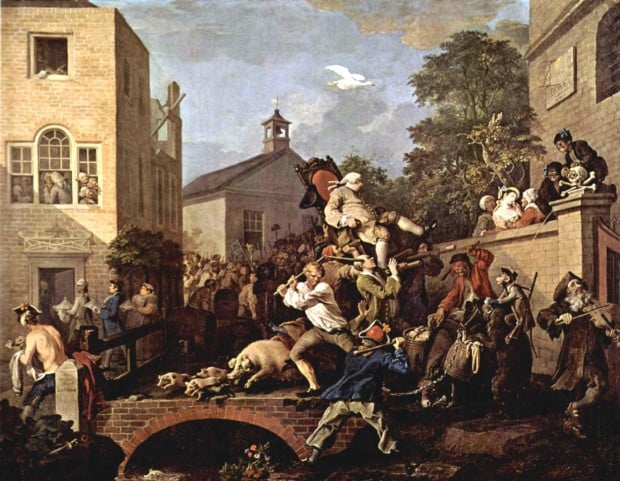 William Hogarth, Chairing the member, 1755, Sir John Soane's Museum, London[/caption] Tories have won and one of their members is being carried by the crowd in a traditional manner- on a chair. The frightened pigs running across the painting refer to the story of Christ who cast the demons into swine and the supporters of the opposing parties are about to start a street fight. What a peaceful end. Well, I hope that your election day is going to be calmer and your decisions well-thought.