Modern Grasps On The Swinging Rococo 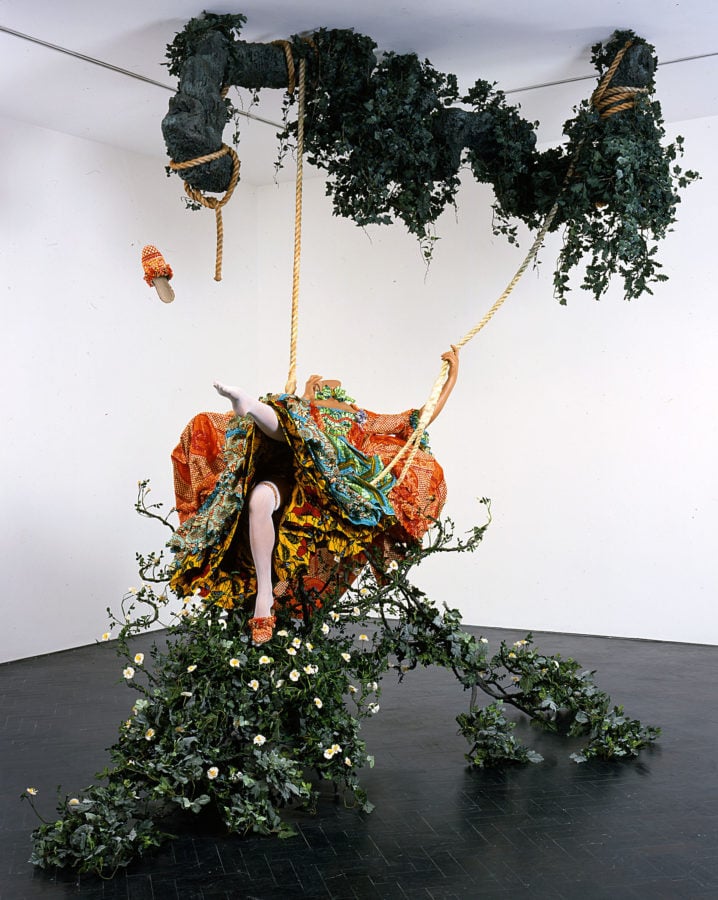 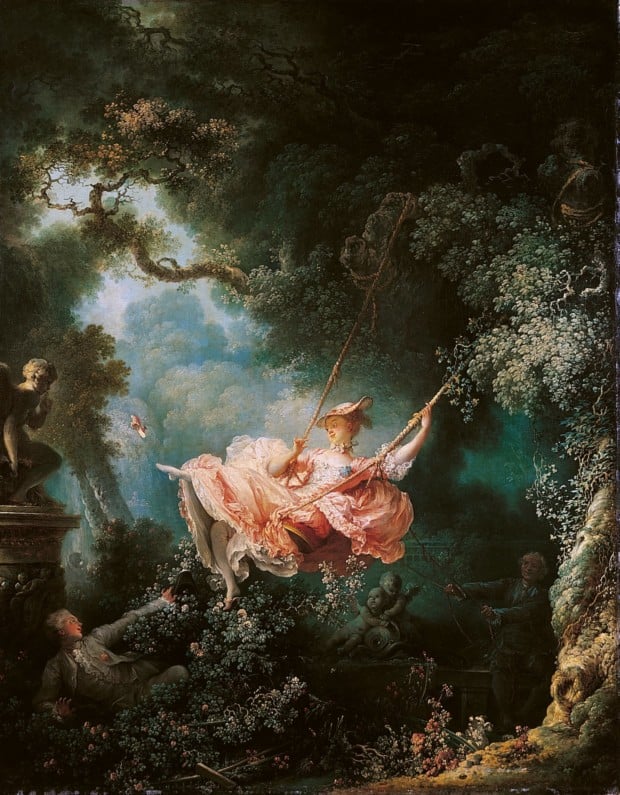 Jean-Honoré Fragonard, Wallace Collection, 1767[/caption] Rococo seemed to be a fun period for the aristocracy. They are always depicted at leisure: strolling in the park, sailing on boats, playing cards or musical instruments, or secretly flirting. Fragonard's painting "The Swing" gives a gist of this era: a pink fluffy lady is swinging on a swing while two elegant gentlemen are watching her and waiting for her skirt to reveal a little bit of flesh... Well, that's the story but here we have two modern interpretations of the original: 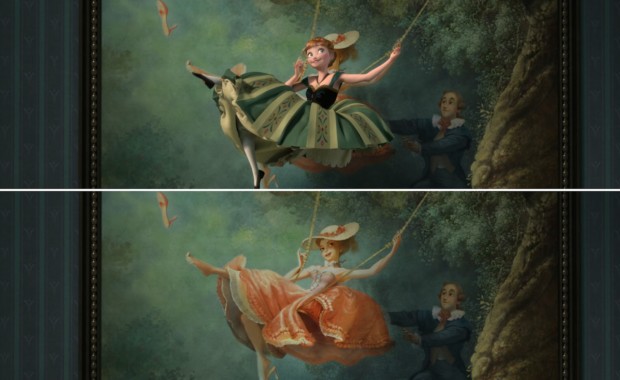 Who doesn't love Frozen? Next time you're watching it with your little cousin, look out for this scene in the movie. At least something to look forward to. 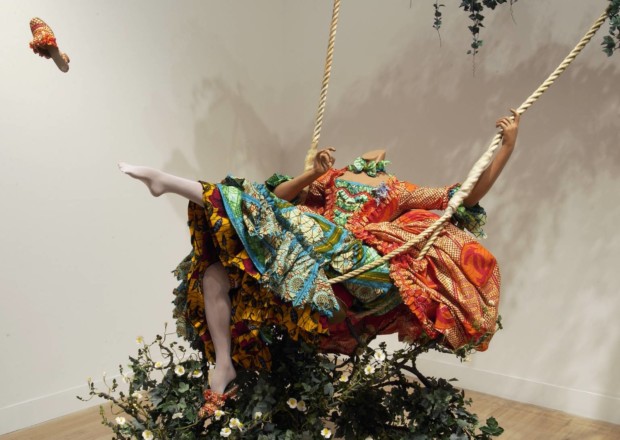 Yinka Shonibare, MBE, The Swing (after Fragonard), 2001[/caption] That's a more serious re-interpretation which you can see in the Tate in London. Shonibare depicts the lady wearing an African fabric, which is Shonibare's signature as he uses it a lot in his works, instead of pink lace. This way he refers to the involvement of France in the slave trade. She is also headless which implies the bloody history of the French revolution and the invention of the guillotine. Moreover, he shows the lady without two men, which makes us, the visitors, the new voyeurs, peeping at her and watching her moves. Shonibare wants us to reflect on the role of Rococo art and its approach to women and history. He seems to be saying: "Take off your pink glasses. Not everything was so ideal as you thought". Don't forget to visit DailyArt, our free mobile app (download it for iOS/Android) where you will find and info about another great Rococo artist - Boucher.