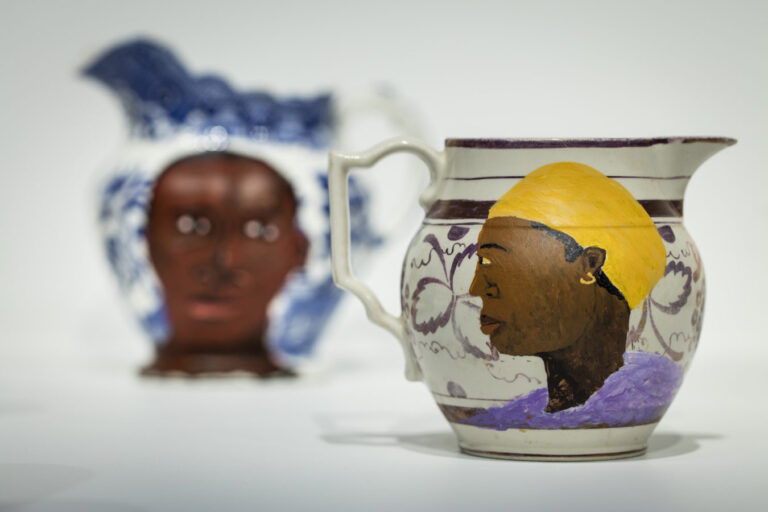 In 2017, Lubaina Himid won the Turner Prize (and she was the oldest winner ever, aged 63!). Ten years before she presented her work Swallow Hard: The Lancaster Dinner Service at the Judges' Lodgings in Lancaster, which from the 18th of May will be available to see at the latest exhibition in the V&A in London: FOOD: Bigger than the Plate. 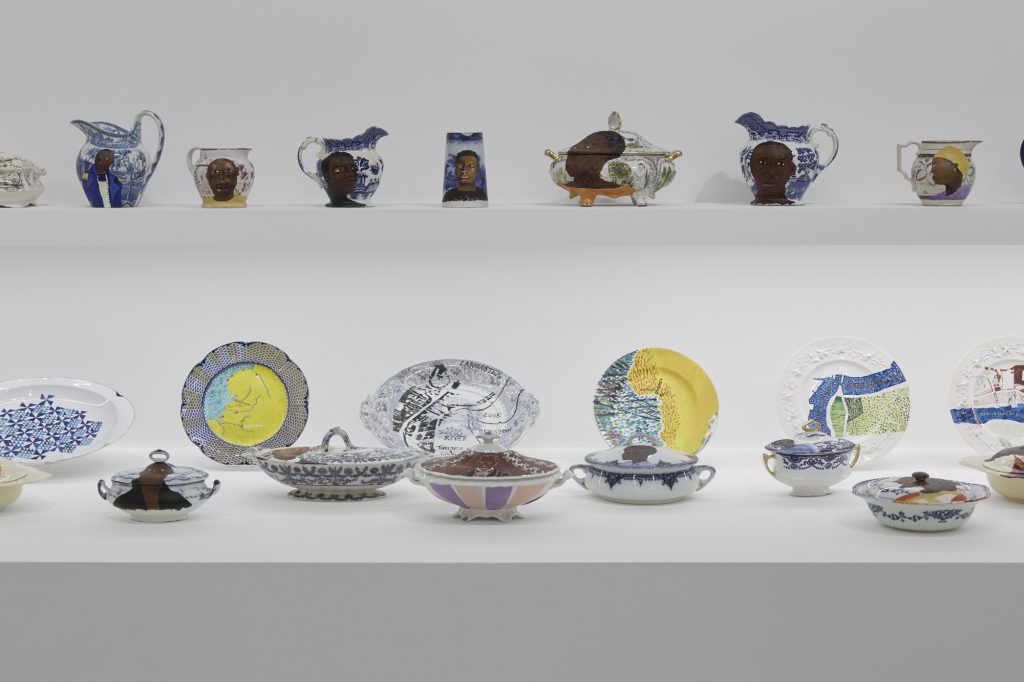 Lubaina Himid, Swallow Hard: The Lancaster Dinner Service, 2007, photography by Hollybush Gardens Gallery.[/caption] Her artwork-installation was a response to the city's involvement in the slave trade and the legacy that it has left. She was commissioned by the Lancashire Museums to adorn the Gillow’s mahogany dining table in the Judges’ Lodgings. She came up with an idea to take found objects of crockery from the area of Lancaster and Whitehaven and imprint on their stories a new story of enslavement. Over 100 pieces of dinner service (plates, dishes, jugs) became covered with decorations iconographically invoking the establishment and the eventual abolition of the slave trade. So one can find images of maps, traded goods (such as mahogany from which the table was made), families of traders, ships, slaves, or buildings. [caption id="attachment_21100" align="aligncenter" width="1199"] 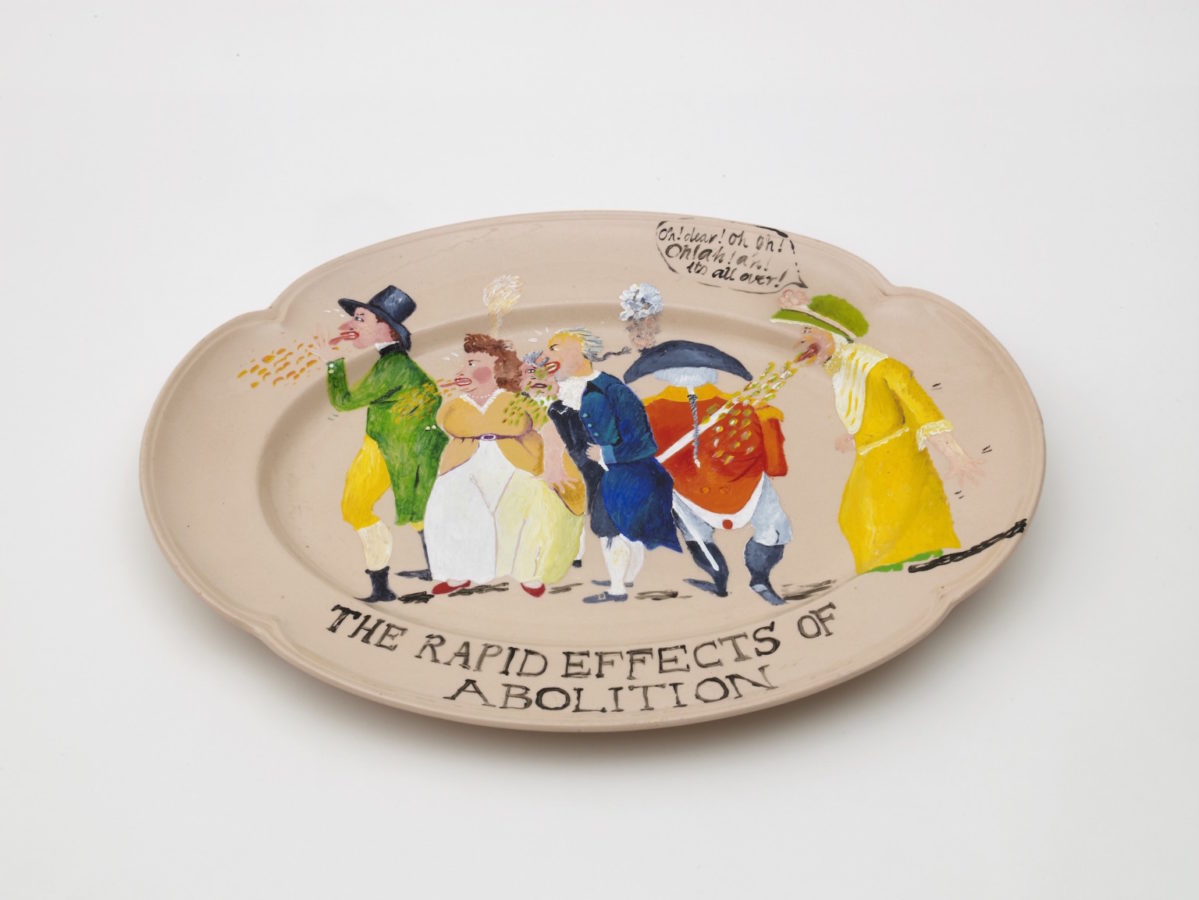 Lubaina Himid, Swallow Hard: The Lancaster Dinner Service, 2007, Hollybush Gardens Gallery. Photo: Andy Keate[/caption] Himid is personally linked with the city since she teaches as Professor of Contemporary Art at the University of Central Lancashire. Born in Zanzibar, she grew up in London and has exhibited both in Britain and abroad during the past 30 years, while her work can be found in Tate, the Victoria & Albert Museum, The International Slavery Museum Liverpool, and many other museums and galleries. [caption id="attachment_21103" align="aligncenter" width="1350"] 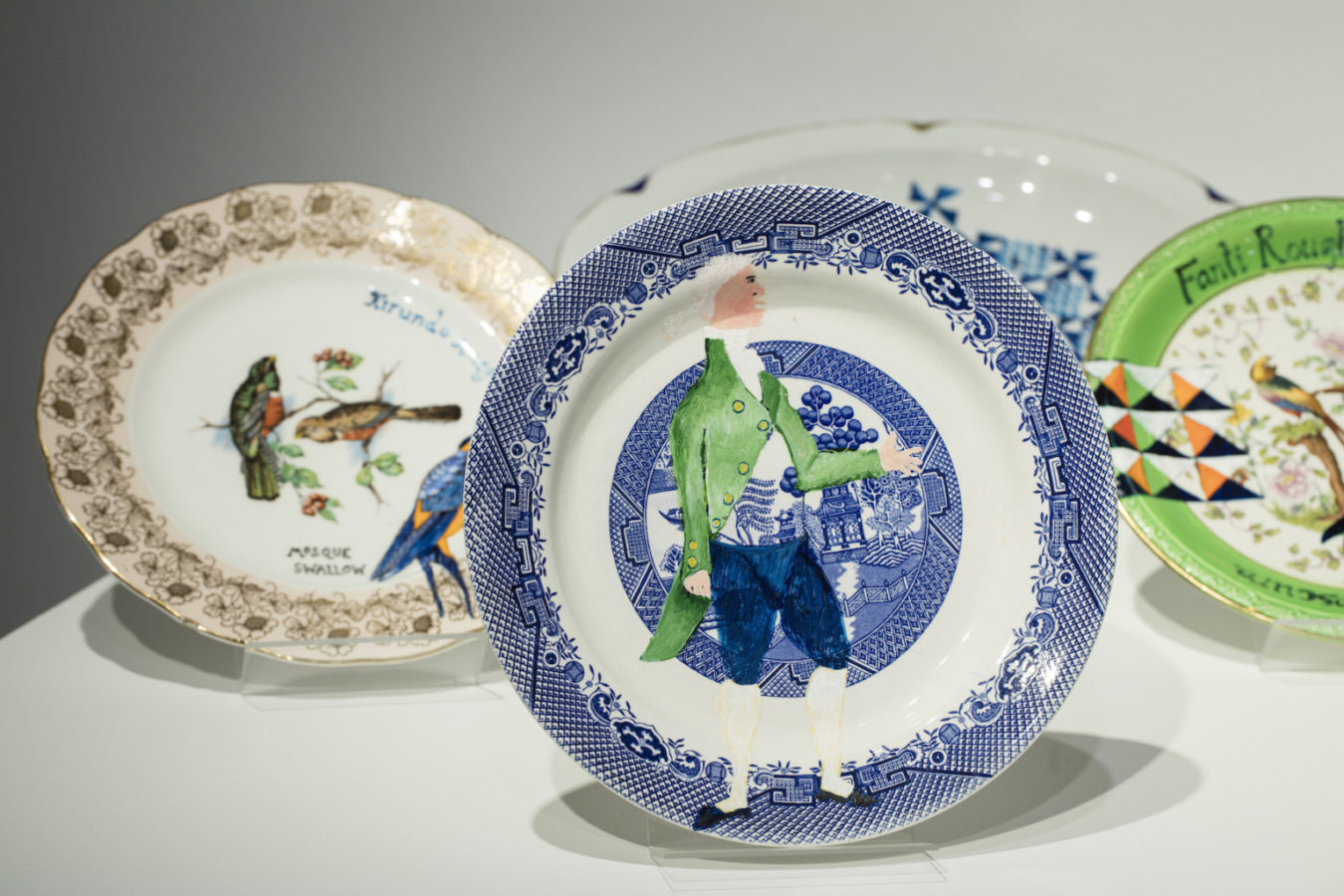 Lubaina Himid, Swallow Hard: The Lancaster Dinner Service, 2007, Ferens Art Gallery. Hull, photograph by David Levene[/caption] Himid's work is centralized on themes of human exploitation, latent prejudices, and interrogation of history and dominant narratives, she makes art to inspire debate, and above all, educate. Her thought-provoking work is not the only one to see at the exhibition in the V&A which features over 70 contemporary projects, new commissions and creative collaborations between artists and the food industry (from chefs, to farmers, to scientists). The projects will present the future of food (alternative and not), with 30 objects from the V&A collections and several exhibits physically being grown in the gallery, like e.g. cheese made from bacteria living on people...