Edward Hopper And The Scent Of Loneliness 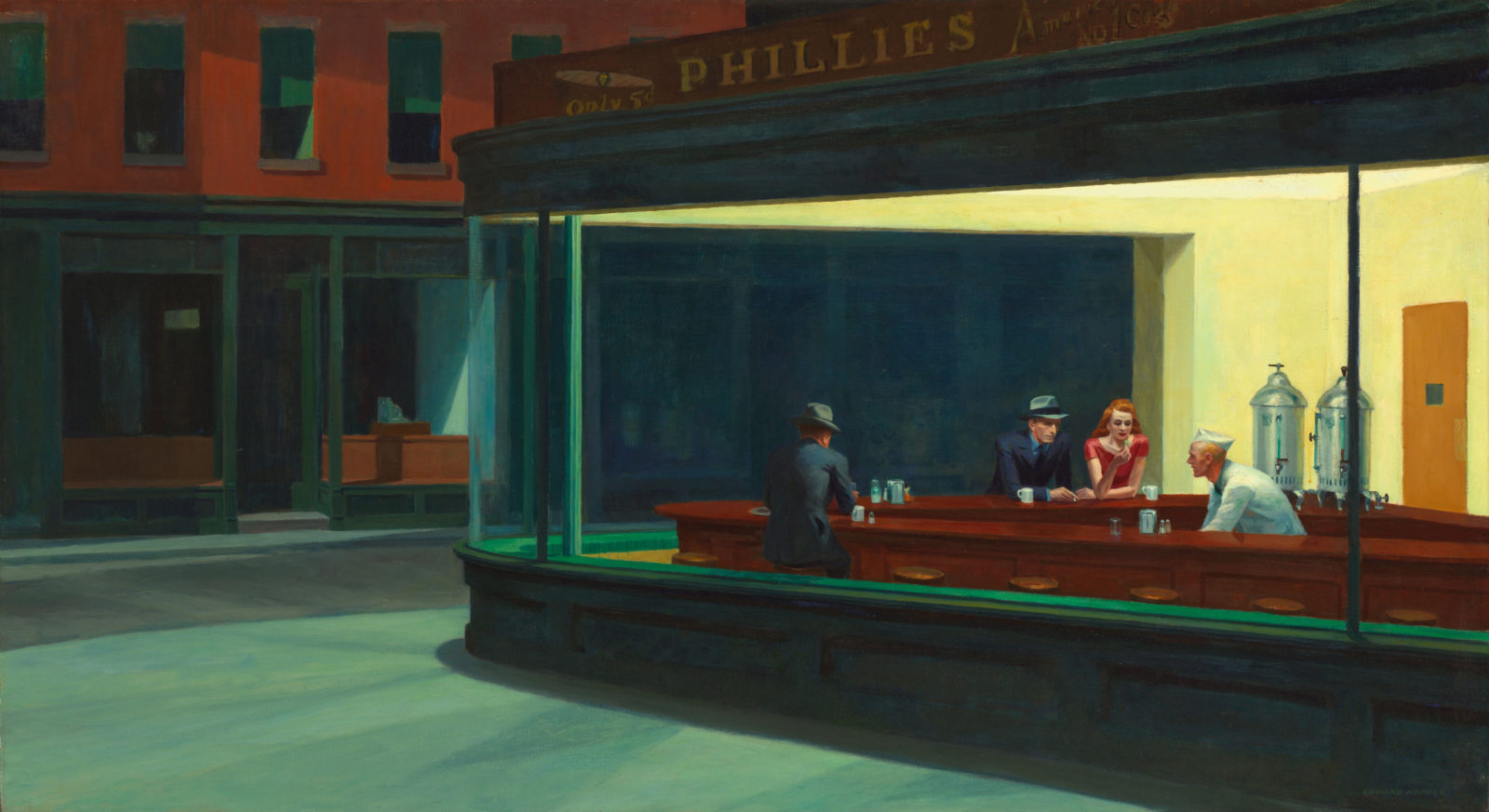 I remember watching Edward Hopper’s piece for the first time. Of course it was his famous Nighthawks – you know this painting – it’s late night, people are sitting in a cheap restaurant, a couple is waiting for their order. If you’ve ever been a “nighthawk” yourself you know that feeling of fatigue, smell of cigarettes and digested alcohol. Tiredness and lost illusions. 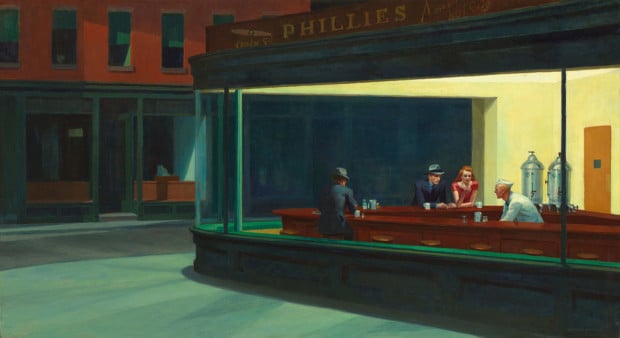 Hopper was a master of loneliness. Only he painted melancholy in such a way, that when you look at these people you can sense their secrets. Because sometimes your secrets are quite similar to theirs.

In Automat 1927, a woman sits alone drinking a cup of coffee. It is late and cold outside. The room seems large, brightly lit and empty. The woman looks self-conscious and slightly afraid, unused to being alone in a public place. Something appears to have gone wrong. 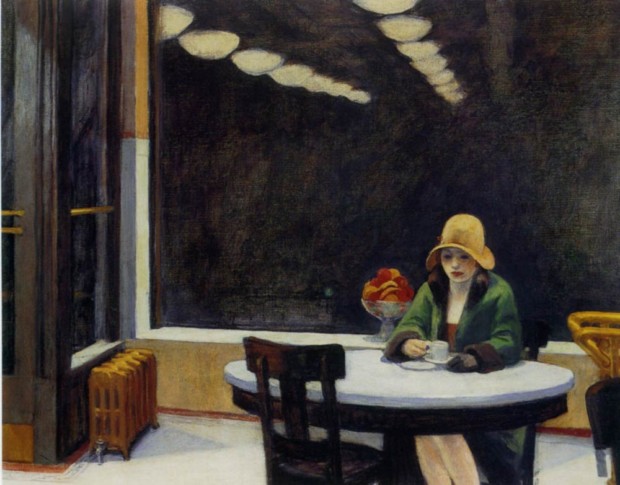 In A Woman in the Sun a woman is standing nakeda shaft of raking light from a nearby window with a cigarette.in her hand. She forgot to lit it. She seems to have forgotten herself. She even forget to lit a cigarette. Detached from the outside world she is waiting for the things to happen. 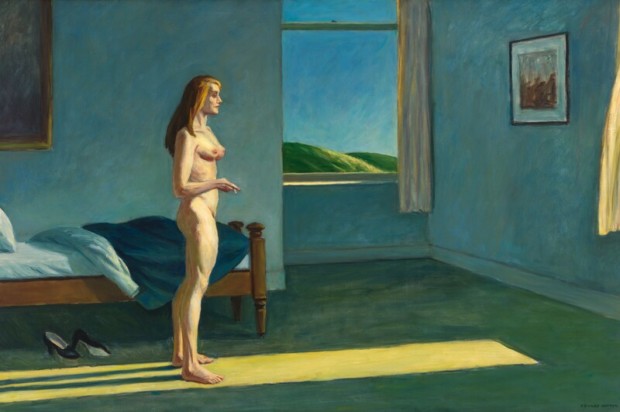 Edward Hopper, A Woman in the Sun, 1961, Whitney Museum of Art

I can’t think of any other artist who was so perfect in catching loneliness, resignation and despair of modern people.