Death by Art: the Untimely Death of Luis Jimenez 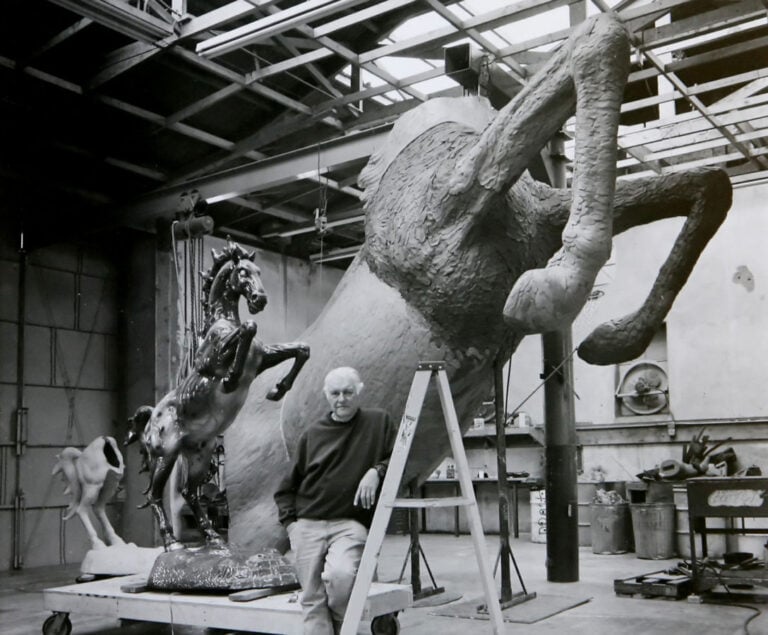 Creating art is not usually a very dangerous endeavor, but for Luis Jimenez it unfortunately was. This is the story of a misunderstood piece of art and the untimely death of its creator. Luis Jimenez was born in El Paso, Texas in 1940. His family was originally from Mexico and his art focuses on Hispanic themes. He grew up working in his father's electric sign shop which taught Jimenez to use neon lights, spray paint, and welding. He was also influenced by the low rider culture of brightly painted fiberglass bodywork. Jimenez moved to New Mexico were he sculpted outdoor art. He received both positive and negative reactions to his art. Some critics said it was too garish and outlandish, while others said his art championed Chicano culture and the working class. [caption id="attachment_6766" align="aligncenter" width="620"] 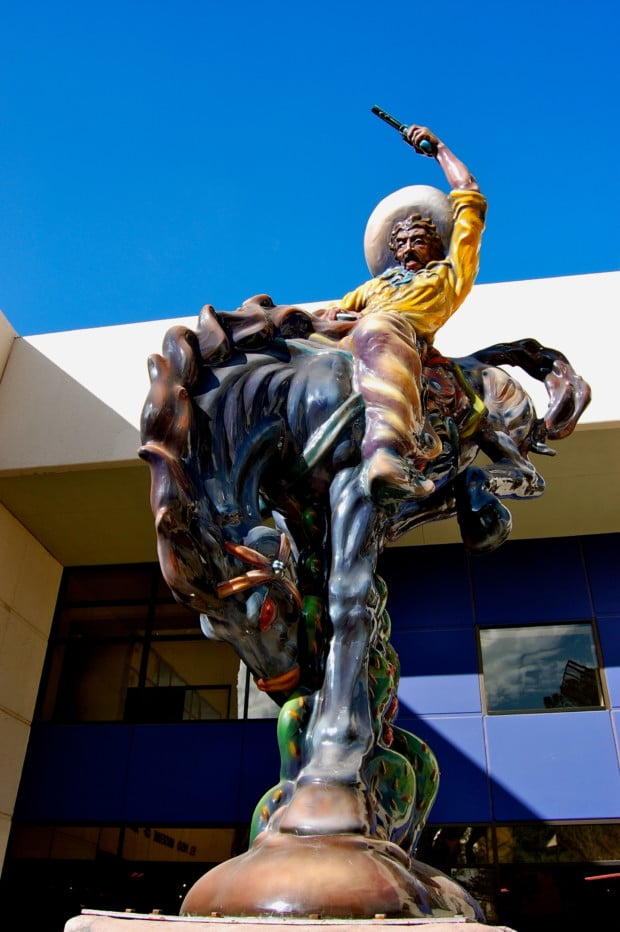 Luis Jimenez, Vaquero, 1990[/caption] The city of Denver commissioned Jimenez to create an outdoor sculpture for their new airport. Jimenez worked on it for almost a decade. He decided to create a 32 feet tall horse out of his signature polychromed fiberglass. This sculpture was to portray the wild spirit of the West. It was blue, standing on hind legs and with glowing red eyes. The neon red eyes were a tribute to his father's electric sign shop. Tragically in 2006, a heavy portion of the statue fell on Jimenez and severed his artery. He died an untimely death and the work of art was left unfinished. Fortunately, his sons finished it for him and Blue Mustang was installed at the Denver International Airport in 2008. [caption id="attachment_6767" align="aligncenter" width="600"] 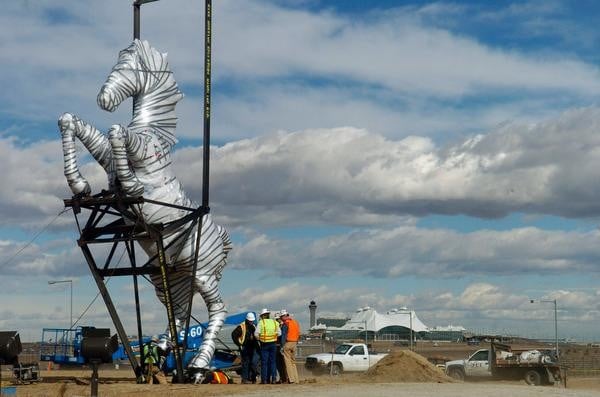 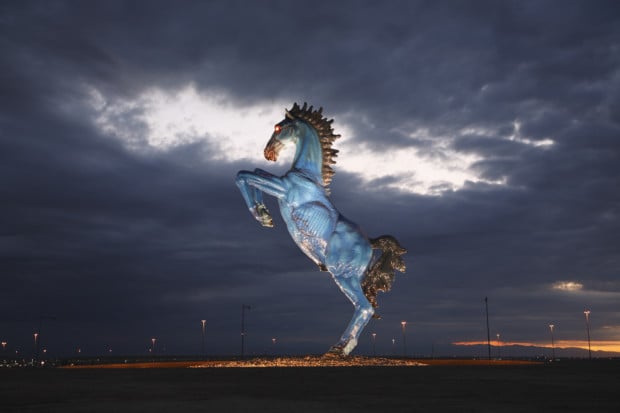 Luis Jimenez, Blue Mustang, 2008, Denver International Airport[/caption] While the original plans allowed for people to park and admire the sculpture up close, the terrorist attacks of September 11 causes a rethinking of this idea. Instead the sculpture is quickly driven by without context or explanation. I was living in Denver when this sculpture was installed and found myself unnerved by the bucking blue horse with glowing red eyes. It quickly became renamed Blucifer and most residents wanted it taken down. Denver has a 5 year waiting period before the city's Commission on Cultural Affairs would even consider removing a piece of public art. This five year period was effective because it still stands pawing and angrily snorting at cars quickly driving past. Over time Blue Mustang became an endearing sight as I wearily passed it on my way home after a long flight. Knowing that the artist died while creating this piece of art as makes it more poignant. [caption id="attachment_6770" align="aligncenter" width="620"] 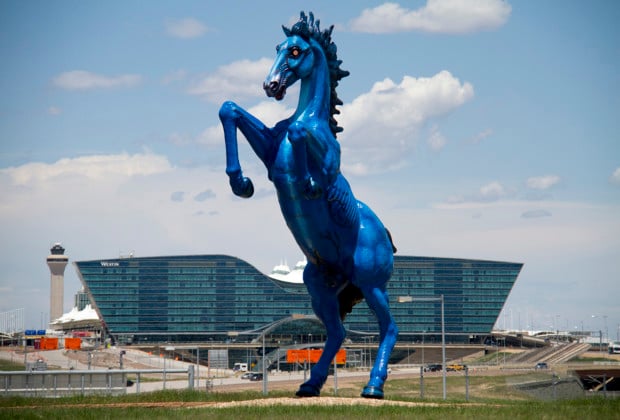