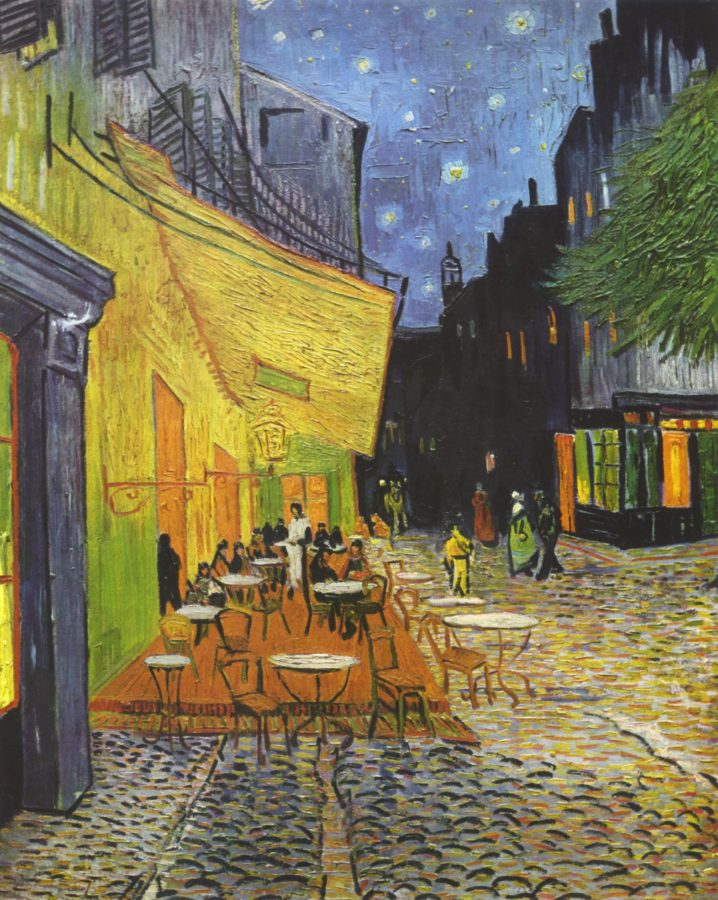 Today is a special date for us. Exactly 4 years ago, in 2012, we launched the first version of our first product – DailyArt mobile app. A lot has changed since then – we have an army of loyal users, many of whom became our friends and supporters. Our team grew to 8 people. A month and a half ago we started this website, where we publish even more information about art history every day. For October we plan to launch a new DailyArt iOS app. Great times are ahead, because we have even more plans to spread art all around the world. Thank you for being there with us all this time and for all your love. Thank you!

On this occasion we want to share with you our 5 most shareable dailyarts published in the app this year. The top of the tops 🙂 Have fun!

PS. We are collecting the money for the new version of DailyArt mobile app and sustaining this website – if you would like to help us, this is the proper address: https://support.getdailyart.com. Thank you!

Pauline in the Yellow Dress was painted by Sir James Gunn and exhibited at the Royal Academy in 1944. It caused a true sensation. Gunn was Britain’s foremost portrait painter of his time. Amongst his subjects were two kings and three prime ministers, but he painted Pauline many times, too.

The painting features the artist’s second wife as the subject, and the bright mustard yellow dress worn by her remained with the Gunn family until their recent generous donation to the Harris Museum and Art Gallery.

The painting, known locally as Preston’s Mona Lisa, was originally a controversial purchase as it depicted an elegant, wealthy woman wearing makeup and an elaborate dress during a wartime period of austerity during which clothing was rationed and women found it difficult to acquire cosmetics.

4. C.W. Eckersberg, A Nude Woman Doing Her Hair Before a Mirror

This painting was featured in DailyArt thanks to Europeana. If you don’t know what Europeana is, find out immediately! 🙂

Formerly, young Danish artists had been unable to receive instruction in painting at the Academy which only offered courses in drawing. However, with inspiration from France, in 1822 a school of painting was established which made up for these shortcomings. Since 1833 the students were even given the opportunity to paint studies of female models. Eckersberg positioned the model and often joined his students in painting the model. Usually, he would finish his work by placing the model in an intimate scenery so that the study was transformed into a small depiction of an everyday situation. The model is Florentine and she was Eckersberg’s favourite model at the time, and she can be recognized in several of his nude studies.

3. Charles Allan Gilbert, All is Vanity

Charles Allan Gilbert drew this optical illusion picture in 1892 when he was 18 years old. After he had sold it to Life Magazine and they reproduced it as a print, it became famous.

This is an ambiguous optical illusion, where we see more than one thing in the picture. If we view the overall image, we see a human skull. When we focus on the details of the picture, we see a woman looking in her vanity mirror.

The phrase “All is vanity” comes from the book of Ecclesiastes in the Christian Bible. It refers to the vanity and pride of man. In art vanity has long been represented as a woman preoccupied with her beauty. And art that contains a human skull as a focal point is called a memento mori (Latin for “remember you will die”), a work that reminds people of their mortality.

If we look at a close-up, cropped image of “All is Vanity”, we don’t see the skull, we just see details of a woman sitting at her dressing table. But if we expand our view, even without seeing the entire image, once we know we’re going to see a skull, we can’t help but see it.

This masterpiece was featured in DailyArt thanks to one of our favorite museums – Kröller-Müller Museum in Otterlo, Netherlands.

Van Gogh had intended to make a nocturnal painting for some time. And not one in the conventional manner, in shades of black and grey, but actually with an abundance of colours. Equally unconventional is that he paints this gas-lit terrace of a café in Arles in situ and in the dark, because colours have a different appearance during the day than by night.

The most eye-catching aspect is the sharp contrast between the warm yellow, green and orange colours under the marquise and the deep blue of the starry sky, which is reinforced by the dark blue of the houses in the background. Van Gogh was pleased with the effect: ‘I believe that an abundance of gaslight, which, after all, is yellow and orange, intensifies blue.’

He writes to his sister Wil: ‘I enormously enjoy painting on the spot at night.’ The fact that he observes keenly is borne out by later astronomical research. He painted the constellations precisely as they appeared on the night of 16 or 17 September 1888.

1. Félicien Rops, Pornokrates (or The Lady with the Pig)

“My Pornocratie is complete. This drawing delights me. I would like to show you this beautiful naked girl, clad only in black shoes and gloves in silk, leather, and velvet, her hair styled. Wearing a blindfold she walks on a marble stage, guided by a pig with a “golden tail” across a blue sky. Three loves – ancient loves – vanish in tears (…) I did this in four days in a room of blue satin, in an overheated apartment, full of different smells, where the opopanax and cyclamen gave me a slight fever conducive towards production or even towards reproduction”.

Letter from Rops to his friend, Belgian writer Henry Liesse, 1879.

“Pornokrates” is the most famous work of Félicien Rops. The Greek ‘pornocrates’ and the neologism ‘pornocracy ‘ refer to a social situation, where the courtesans, through an influence on policy makers, had an impact on politics. Rops tied to this historical tradition and gave the Pornokrates appearance of a modern woman reigning with her sex-appeal.

The painting depicts a blindfolded woman wearing only mittens, panties and a blue ribbon. She’s being led by a pig suggesting that she’s guided by sexual passion and her instincts, and walks above the three old Arts. The pig with the golden tail might be interpreted as the image of luxury and lucre steering the woman or it might be seen as a depiction of a man, bestial and stupid, kept in check by the woman.

If you find any joy and inspiration in our stories, PLEASE SUPPORT
DailyArt Magazine with modest donation. We love art history and we want to keep going with writing about it.
$5 $10 $25 $50 $100 MONTHLY
Related Topics:dailyart