Celia Paul and Her Art in the Shadow of Lucian Freud 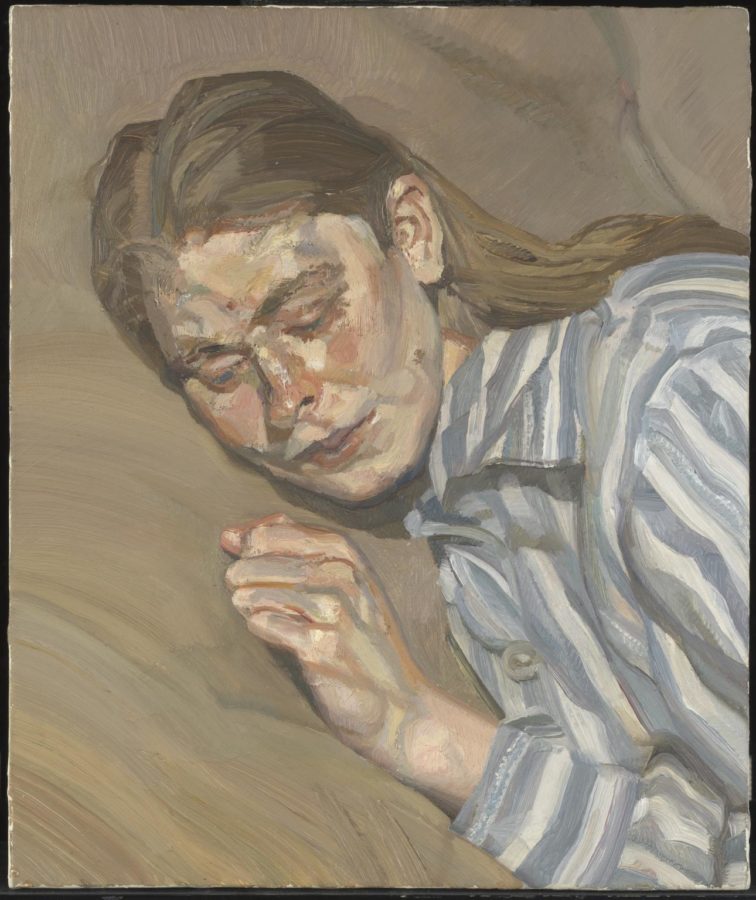 I arrived to Celia Paul via Lucian Freud’s portraits. In one of them her face is difficult to define: is it an expression of pain and distress, or is it more serenity of a sleeping person? I think genius of Freud’s portrait lies in this ambiguity. Yet this time I don’t want to study Freud’s work, but I want to reveal Celia Paul and her art which stayed in the shadow for over 40 years…

Celia and Lucian met at the Slade School of Fine Art in London in the late 1970s when she was an 18-year-old student (she was admitted to Slade when she was 16!) and he a 55-year-old visiting tutor returning to school. Celia became his lover and a year before this painting was painted, she’d had a son by him. Three years earlier, in 1982, Freud bought a small top-floor apartment in London, overlooking the columned facade of the British Museum, which became Paul’s studio. The portrait below shows Celia at work:

Paul was born in 1959 to missionary parents who at that time stationed in Thiruvananthapuram (formerly Trivandrum), South India. When she was still a child, her family returned to their native England and they subsequently lived in southwest England and Yorkshire. First Celia was fascinated with poetry, but then she turned her attention to painiting and she always painted from life. Her first subjects were elderly women in care homes, and of course her family, especially her mother and four sisters.

Many people compared Paul’s work to the calm portraits of Gwen John. The artist commented that it’s probably “something to do with the feeling of interiority and stillness, and that we work again and again from the same subjects. In a way we’re quite different from a lot of women artists.” Paul really works on the same subject over and over, first it was her mother and sisters, but after her mother’s death in 2015, Paul turned to painting water.

She also created a series of intimate self-portraits. This one is a direct reference to Freud’s portrait we showed you above. Paul described it: “In Lucian’s Painter and Model I’ve got my bare foot standing on an oozing paint tube, and in this painting of mine, with the same title, there are scattered paint tubes near my bare feet. But I’m also sitting in this painting, so it also refers to me sitting in a passive pose as model, but I’m also the painter because it’s a self-portrait. So it’s a slight reference to women’s position in portraiture as being, usually, models. But here I am in the more powerful position as the painter as well.”

Dr Rowan Williams describes Paul as who “allows the traces of something unfinished to mark her canvases, trails of paint, untenanted space, a certain rawness of isolation or vulnerability.” Although with time Celia found out what a womanizer Freud was (“The day we met he took me back to his studio, and showed me the early stages of Two Plants, which is now in Tate. I think he would have liked to have seduced me there and then, but that didn’t happen. I’d been brought up in a religious family, I’d never had a sexual thing with a boy at all”), Paul was very attached to him. In 2011, the year of his death, she began a series of 14 paintings which were an expression of her grief. She recalled that “Lucian was a really good sitter. He was really quite lovely about it and bought himself this wonderful slate-grey boiler suit with Velcro down the front. He looked really beautiful in it”.