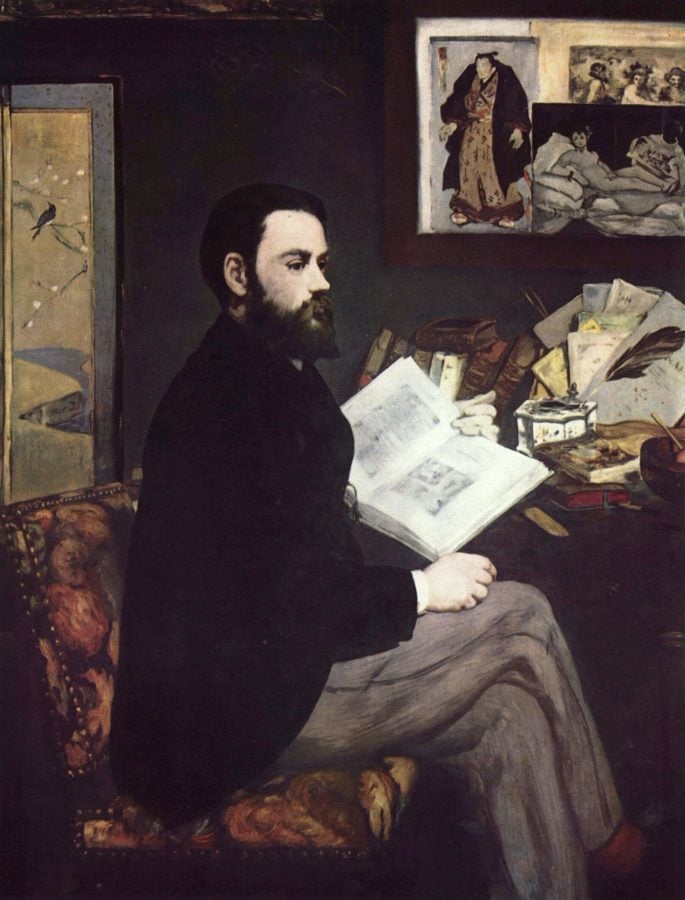 Boxing Day, Boxing Day! I hope you have found/ are going to find many lovely gifts today! Imagine though, finding a real painting under the Christmas tree…  and, for example, by Manet’s hand! Woohooo!
Today some of the paintings which were given as presents. Imagine you’re the recipient in case you get yet another pair of fluffy socks.

The families of Marie de’ Medici and Henry IV, the king of France, were negotiating their marriage. A natural element of the process was the exchange of portraits between the two. This painting by Rubens, who was commissioned years after their marriage to paint a 24-piece cycle on the life of Marie, depicted the moment in which Henry received the portrait of Marie. It is said that Henry was very pleased with the portrait and even more impressed with Marie when they met in real life.

When Manet’s Olympia from 1865 was severely criticized by art critics, Emile Zola, a writer and intellectual, defended Manet in his 1866 article on the pages of La Revue du XXe siècle, in which he said that Manet was an artist of the future, misunderstood by the traditionalists of the Salon (Manet depicted it as a blue pamphlet). Manet decided to paint Zola’s portrait to thank him and he depicted him with his favourite objects:  Japanese prints and a Japanese screen, as Zola was a real fan of Japonaiseries, most probably he’s holding Charles Blanc’s book L’Histoire des peintres while the inkwell and pen suggest Zola’s passion of writing.

When his first love Fernande Olivier left him in 1912 after 7 years of their love affair, he took interest in a young Marcelle Humbert, known as Eva Gouel. He professed his love to her with this painting, which he made in the same year they met. Sadly, their love lasted only three years as Eva died of tuberculosis, or cancer, we don’t know precisely, in 1915, which left Picasso devastated and shaken.