Titian’s Women Who Are In Fact The Same Woman 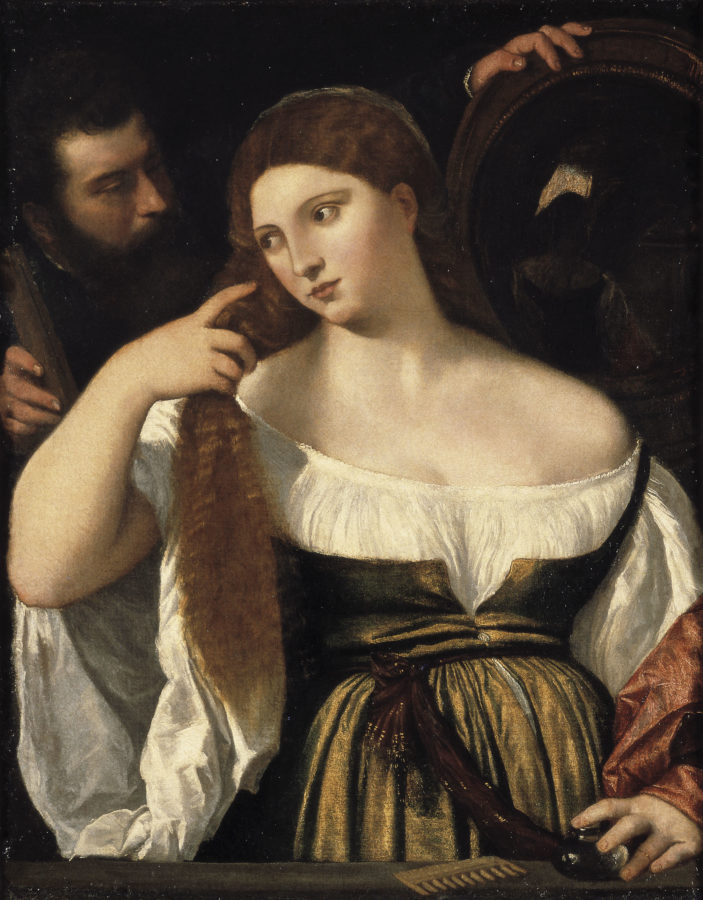 Titian had it all. He was so talented that people called him after Dante’s Paradiso “The sun amidst small stars”. He knew how to paint landscapes, still lifes, human figures, animals. He was also a master of portraits as he perfectly rendered the deepest worries and traits of personality of his sitters. Today I want to show you a few of such portraits, all of which will be female ones. To be precise, they all will show the same woman…

Art historians have been wondering for years who exactly posed for Titian to his early female portraits. Was it his own mistress or a mistress of Federico Gonzaga, or maybe a lover of Alfonso d’Este? Well, I guess that nowadays it doesn’t really matter as long as we know that it was somebody’s mistress. Here she represents vanity and this is why she is holding a mirror reflecting jewels and a rich person. Her angry look makes everything clear: don’t brag bro, beauty or riches won’t make you happy at all in the long run.

Woman no 1 with a different mirror

Can you see it’s her again? The same long and curly hair, same lovely lips and focused eyes. This time she’s not alone. Is this guy her hairdresser who’s showing her how the new haircut looks from the back? Or is he trying to sell her one of the mirrors? I don’t know, but what leaves me puzzled is the glass object she’s holding in her left hand. What is it?!

Woman no.1 in a new dress 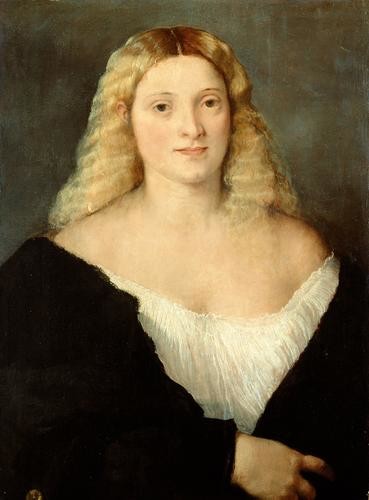 I really like this portrait because it’s so simple. Or maybe because of the generous cleavage which exposes so much of her porcelain white skin and makes her appear as if she has just woken up and is still wearing her pajamas. She’s looking so intently at the viewer and/or Titian, probably thinking: “Instead of staring you’d better bring me eggs and some fresh ricotta for breakfast!”.

Woman no 1 in a Halloween Edition 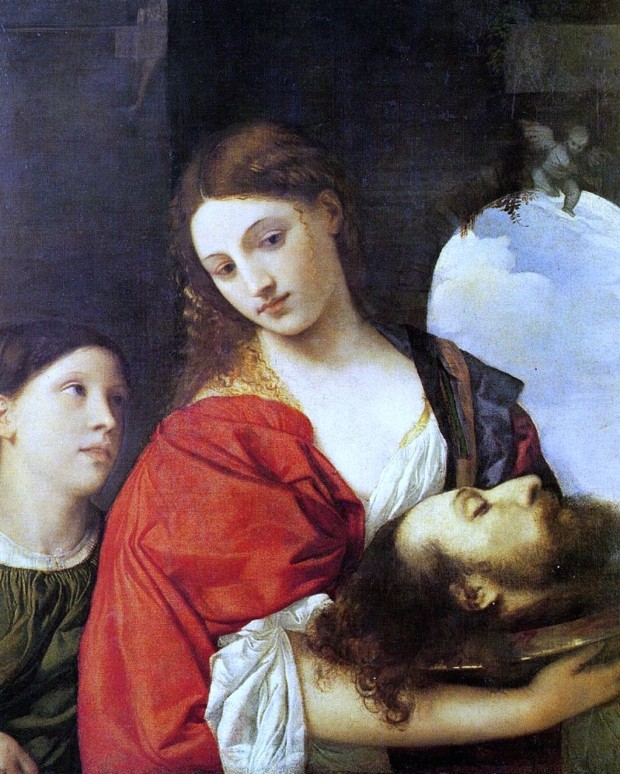 It’s difficult to decide whether she’s smiling a little (“Ha! I got his head, mummy will be proud!”) or she’s wincing with disgust (“Am I really holding a severed HEAD?!”). Either way, she’s still the same girl, although her hair looks more reddish here. But women have a right to change hair colour from time to time, don’t they?

If you find any joy and inspiration in our stories, PLEASE SUPPORT
DailyArt Magazine with modest donation. We love art history and we want to keep going with writing about it.
$5 $10 $25 $50 $100 MONTHLY
Related Topics:women