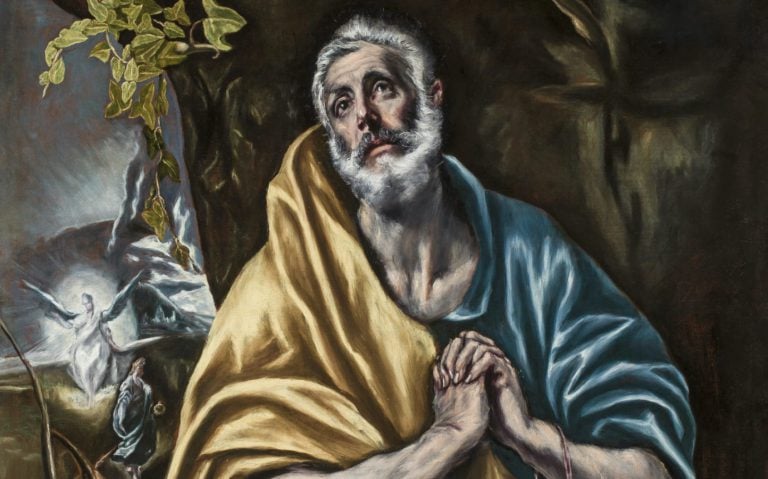 The San Diego Museum of Art is located in the historic Balboa Park and owns an impressive collection of art. It was opened to the public almost a hundred years ago and is the region’s oldest and largest art museum, housing masterpieces from all over the world. How to know what you absolutely must see there? Don’t worry, we have asked the staff!

The number of artifacts owned by the San Diego Museum of Art might make you a bit dizzy. There are pieces ranging in date from 5000 BCE to 2012 CE coming from many different regions and cultures. In the permanent collection you will find Spanish and Italian old masters, South Asian paintings, and 19th- and 20th-century American paintings and sculptures, for example, the mysterious still life by Juan Sánchez Cotán. And for dessert, a little feminist twist – many among the most prominent masterpieces from SDMA were donated by three women sisters, Anne, Amy, and Irene Putnam!

Bianca Simms is a sales associate at the San Diego Museum of Art’s gift shops. She earned a B.A. in European Humanities and has been working at the museum for 4 years.

Being able to explore the museum daily has allowed me to expand my knowledge of art. Seeing the unique texture of a painting in person is the best way to experience its essence. Recently I fell in love with an Emil Carlsen still life titled Blue, White and Gold. What attracted my attention was the softness of the textured golden background enhanced by the radiance of its gold frame.

It has a modest composition that’s beautifully balanced. The elegant arrangement of oriental style ceramics in complementary colors of blue and white which engage each other in such a delicate way. A fragile cream vase holds withering flowers, juxtaposed by a shorter blue vessel positioned just before it, both balanced by a small porcelain bowl to the left. This painting is located in our American Art exhibition and I highly recommend viewing it in our digital archives.

I know at least three people who look like El Greco’s Penitent St. Peter. Unlike so many faces painted throughout art history which seem antique and unfamiliar, El Greco has managed–through his masterfully decisive precision brushwork–to depict someone modern, someone relatable. To be honest, I think the painting is unattractive (it’s the colors), but how else could we appreciate the dark gravity of St. Peter’s tearful remorse after denying Christ for the third time? If you look closely, El Greco left the black underpainting exposed around the Saint’s arms, neck and head which intensifies the luminosity of his skin–modeled with a few hastily smudged layers of gossamer flesh-tone paint. So acute was El Greco’s understanding of how humans look at paintings, that these abbreviated optical illusions have an empathetic vitality that call to you across a room.

One of my favorite works of art is Pedro de Mena’s San Diego de Alcalá. He was a Spanish Baroque sculptor during the 17th century. His artistic work style was wood sculpting in religious imagery but a realistic form. I like this particular work of art because of the attention to detail the artist builds on this specific sculpture. The attention to detail he places from the facial expression, features in the hands and feet, to his robe, creating an illusion of movement around it. You can see this movement by his hands as if he’s holding up his robe to take a step. It always amazes me every time I look at it.

I first encountered the work of Ben Shahn in 2016 and my appreciation developed for his political and socially critical work. This composition, from the jagged line work and gawky, melancholic figure to the cascading abstract shapes marked by letters akin to a chemical formula, have led the piece to be critically interpreted as a reference to Shahn’s anxiety about nuclear arms during the Cold War period.

It’s interesting to see how this anxiety is portrayed through a visual connection between abstract forms and a portrayal of threat and vulnerability. The angular shapes that both come from the figure and return to the figure’s neck with a threatening point set up a parallel anxiety of the forms themselves and the figure’s role in their creation. This paired with the weathered figure’s folded hands and a bowed head elicits a feeling of gravity and repentance in the work, possibly referencing a feeling of responsibility for their own suffering. I appreciate the imperative in Shahn’s critical, nuanced lens to transform my understanding from the initial viewing to a concentrated reflection.

Enjoyed this selection of the San Diego Museum of Art staff highlights? Check what the employees of other museums have chosen!