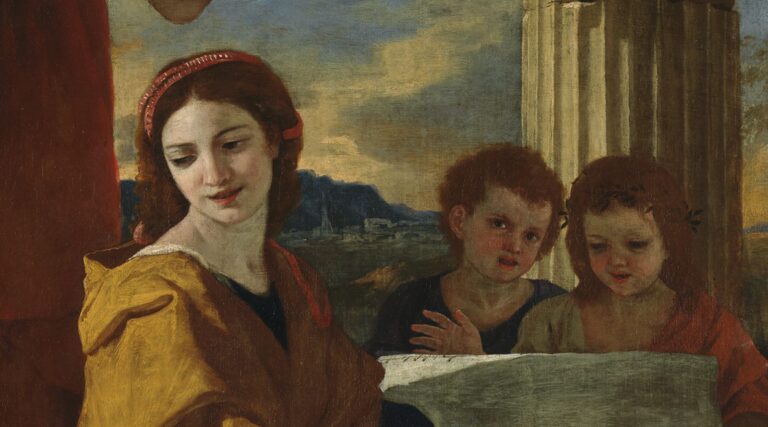 How well do you know your Christian iconography? All Saints is over but it’s never too late for a little quiz! Are you able to recognize saints by their attributes? The answers are below the paintings, so don’t scroll too fast!

Saint Catherine was a convincing lady: according to her hagiography, she converted hundreds of people to Christianity and won a debate with the greatest minds of the Roman empire for what emperor Maxentius sentenced her to death on a spiked breaking wheel, but, at her touch, it shattered. So he had her beheaded instead. She was only 18!

Arrows and a column

St Sebastian is always represented as a young male tied to a column and pierced by arrows. Surprise, surprise, that was not the way he was martyred: having been healed by St Irene, he was later clubbed to death. He recurs extremely often in the Christian iconography. Why? Maybe because he was used as one of the symbols for male homosexuality? Read here about Why Is St Sebastian A Gay Icon?.

Finally something less grim. If you see a young lady with a violin, a piano, or a harp, it’s St Cecilia who’s a patron saint of musicians. However, she was a martyr, too: after being struck three times on the neck with a sword, she lived for three days and asked the pope to convert her home into a church.

A staff, a lamb, and a leather ‘jacket’

John the Baptist was the one to announce the arrival of Jesus, who is represented by the white lamb. He is known for living an ascetic life in a desert, wearing only a camel-skin and eating honey. He often is presented dead, too. If you see a head on a plate, that’s him. If you want to find out why, click here: Painting Of The Week: Caravaggio, Saint John the Baptist

A book, a lion, and a desert

St Jerome was a solitary man. He was a studious type and he needed some peace and quiet to make commentaries on the Gospels and translate the Bible into Latin (the translation that became known as the Vulgate). So he chose to live in the desert where nobody would disturb him. He’s shown either in a desert, or in a study room, always surrounded by books, sometimes by skulls for a gentle memento mori. Often a lion appears, as the legend has it that St Jerome once removed a thorn from a lion’s pawn and since then they were best pals.

A baby on the back

If you see a man with a baby on his back, that’s St Christopher. He is a protagonist of a story in which he carries a baby Christ across a river. Can you recognize the other two saints? They are St Jerome and St Augustine. The latter was also a studious type and he is always represented with a book.

A human skin/ No skin at all

St Bartholomew preached in India and Greater Armenia, where he was flayed and later beheaded by King Astyages (as if skinning alive was not enough!). His iconography developed over the centuries, from the man depicted holding the knife, which symbolized his martyrdom, to a man holding his own skin. The latter representations inspired anatomical drawings from the 16th century onward, in which the flayed man was just a pretext for a study of muscles.

It’s not a joke! St Lawrence is usually presented with a metal construction which is meant to look like a grill. Fra Angelico’s fresco shows why: St Lawrence was martyred by being roasted alive. Yet, legend has it that he was so passionate about God that he managed to joke, as he said to the judge “Turn me over, I’m done on this side!” And just before he died, he said, “It’s cooked enough now.”