A Queen Within: Meet The Seven Fashionable Personalities 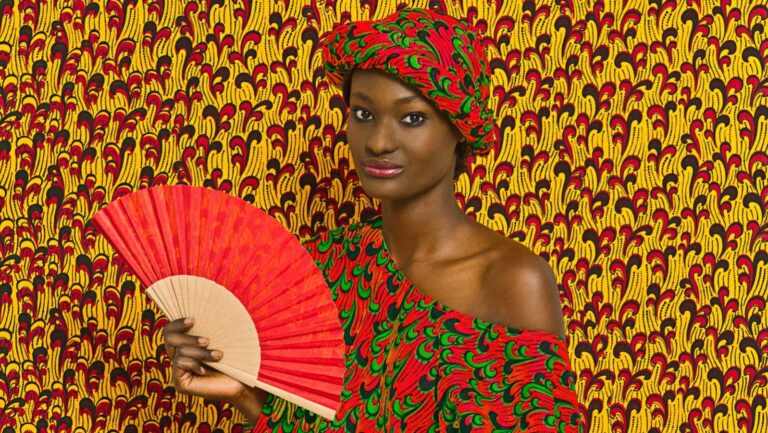 What do Alexander McQueen, Gucci and Iris van Herpen have in common? Well, they are three of the best-known contemporary fashion brands, and their founders either were or still are great designers. There is an exhibition on now at the New Orleans Museum of Art called“A Queen Within: Adorned Archetypes” that features pieces by these three fashion icons all from a private collection.

“A Queen Within: Adorned Archetypes” takes us on a journey through more than a 100 designer pieces and seven distinct personality archetypes: Mother Earth, Sage, Magician, Enchantress, Explorer, Heroine and Thespian. The first dress to see at the exhibition is a colorful, rainbow dress dedicated to the Thespian Queen who is responsible for entertaining. Other than creations by the three great designers, we also get to see pieces from other significant artists and world-famous designers such as: Gucci, Vivienne Westwood, Viktor & Rolf, Chanel, Prada, Comme des Garçons and many, many more.

Lee Alexander McQueen, who tragically hanged himself in 2010 using a belt, doesn’t need to be introduced to most people. Not only did his name steal the hearts of many fashion lovers, but his legacy will always remain that of a significant, controversial and shocking designer who founded the Alexander McQueen brand and later became its Creative Director. The display at the New Orleans Museum includes a number of gowns, jewelry and other glamorous, avant-garde headpieces that used to belong to the visionary designer as well as his own pieces.

The other artist mentioned above is Iris van Herpen – a young Dutch designer. She interned at McQueen’s fashion house and caught the eye of audiences right away. Her unconventional and original pieces soon brought her attention from around the world. Her pieces were appreciated by such artists like Lady Gaga, Tilda Swinton or Beyonce. In “A Queen Within: Adorned Archetypes” her designs are categorized under the Heroine archetype.

And last but not least – Gucci – the Italian luxury brand’s designs will also be visible at this event. One of the largest fashion companies was found in 1921 in Florence, Italy by Guccio Gucci and is now rated the 38th most valuable brand. The exhibition showcases some of their great pieces too.

This exhibition is a must-see. Not only is it the first fashion-themed exhibition ever held at NOMA, but also a spectacular fashion and art event in its own right. Developed by Barrett Barrera Projects and MUSEEA, it starts on February 21st and ends on May 28th 2018. Don’t miss this rare opportunity to see so many of the contemporary symbols of femininity in one place! Read more about it here.