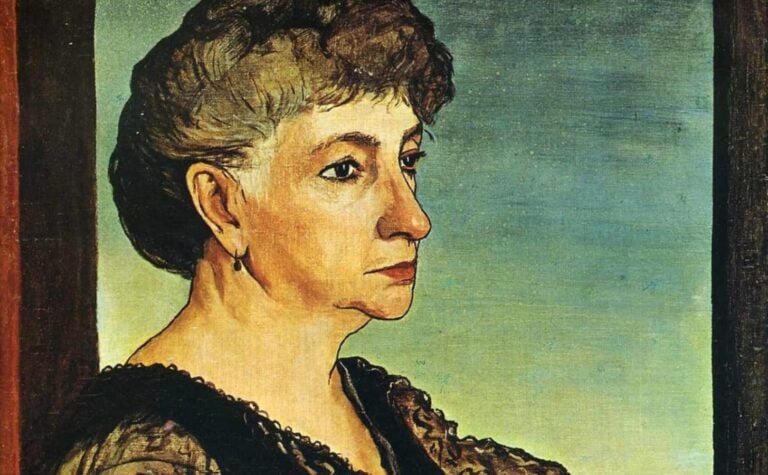 Mummy, Mama, Mom, Mum, Mami… So many names for these wonderful women who care for us and love us more than anything else in the world. To honour their holiday, Mother’s Day, we want to present to you women who stood behind the greatest artists from history, so often neglected and forgotten despite the fact that they are semi-divine figures, as the Persian saying goes: God couldn’t be everywhere, so he created mothers.

Anna McNeill Whistler was born in Wilmington, North Carolina and married George Washington Whistler, who was by then a widower with three children. He was an engineer and was sent to Russia, to work on a railway between Moscow and St Petersburg. He took his family along, and this is where Anna enrolled small James to an art school, which was, nota bene, the Imperial Academy of Arts. After her husband’s death from cholera, she returned to United States and lived in relative poverty. Following the advice of her step daughter, she moved to London and lived with James, having to tolerate, as she described it, a “flamboyant Bohemian lifestyle” of her son.

Vincent was introduced to art by his mother, Anna Carbentus Van Gogh, who was herself an amateur artist. She came from a prosperous family in The Hague and always pressed her children to uphold their higher social position. As the wife of a minister, she was very religious and family-oriented, but also a strict and rigid mother.

Giorgio de Chirico’s mother, Gemma Cervetto, was a baroness from Genova who married Evaristo, a Sicilian of noble origins. They met in Volo, Greece and this is where Giorgio and his sister and brother were born. After the death of her husband, she decided to return to Italy with her kids. She travelled between Florence, Milan, Munich. Adult Giorgio was close to her, in between his travels and studies he often decided to stay with her and paint her portraits. She died in 1937, when Giorgio was abroad in New York.

Paul Cezanne’s mother, Anne Elisabeth Honorine Aubert, was a very influential figure in Paul’s life, a “vivacious and romantic, but quick to take offence” lady who shaped his outlook on life. She was closely involved in Paul’s romantic affairs, she knew of his mistress Hortense, although their relationship must have deteriorated over time, as Hortense is said to have burnt Anne’s mementos after she had died.

Egon Schiele‘s mother Marie, née Soukup, was born to a Czech father and a German Bohemian mother in Český Krumlov (Krumau). She had a sad life: her daughter, Egon’s elder sister, died when Egon was 3 years old. She had also lost a child at birth and also had a stillborn. Moreover, her husband died when Egon was only 14 and she decided to remarry. When Egon entered the Viennese Academy of Arts, their relationship deteriorated, Marie felt abandoned emotionally and financially.

Julia Warhola might have been the most influential person for Andy Warhol’s artistic development. She was born in today’s Slovakia but moved to the United States with her husband when she was 29. Se was a very talented person, she loved to draw, especially angels and cats, she decorated the house with embroidery, she composed bouquets and sang traditional folk songs that she grew up knowing. Andy admired her and her drawings, often choosing her work or decorative handwriting to accompany his illustrations. In 1966 he produced a film “Mrs. Warhola” in which Julia stars, going about her daily businesses.