The noteworthy painting Portrait of Juan Antonio Melendez Valdes – created in 1797 by Francisco de Goya – is currently on display as part of an exhibition entitled El Greco to Goya – Spanish Masterpieces from The Bowes Museum at the Wallace Collection, London. The exceptional exhibition, showcasing some of the most remarkable pieces from the Spanish Masterpieces that normally have their home at the Bowes Museum in northeastern England, opened in London on September 27th and will continue until January 7th, 2018.

Francisco de Goya, born in 1746, was a Romantic Spanish painter known for being one of the last of the “Old Masters” and one of the first Modernists. He began his studies in painting at the age of 14, and his considerable talents led him to a very successful life as an artist. Goya died in 1828 in Bordeaux, France.

What immediately catches the eye when looking at the Portrait of Juan Antonio Melendez Valdes, is that the man in the painting looks very real. This piece is undeniably telling, not only due to Goya’s deep friendship with the depicted character, but also because both of them were surrounded by the same circle of enlightened people. The exhibit of the Spanish Masterpieces allows us to become intimately acquainted with this and many other profound examples of art from the Romance period in Spain. 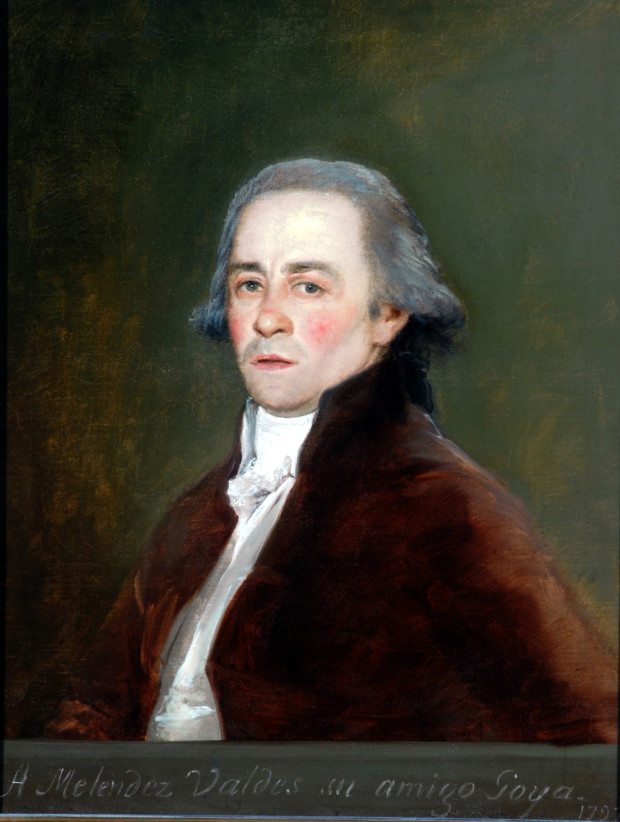 El Greco to Goya – Spanish Masterpieces from the Bowes Museum also gives us the opportunity to see the famous Interior of a Prison by Goya. The piece is different than the one described above, and so is its topic. It is dark, mysterious and cold-lighted, yet with a connection to realism, a painting in which we see several prisoners lingering in a cavernous jail. It is part of a series of small images painted by Goya at the end of the 18th century. 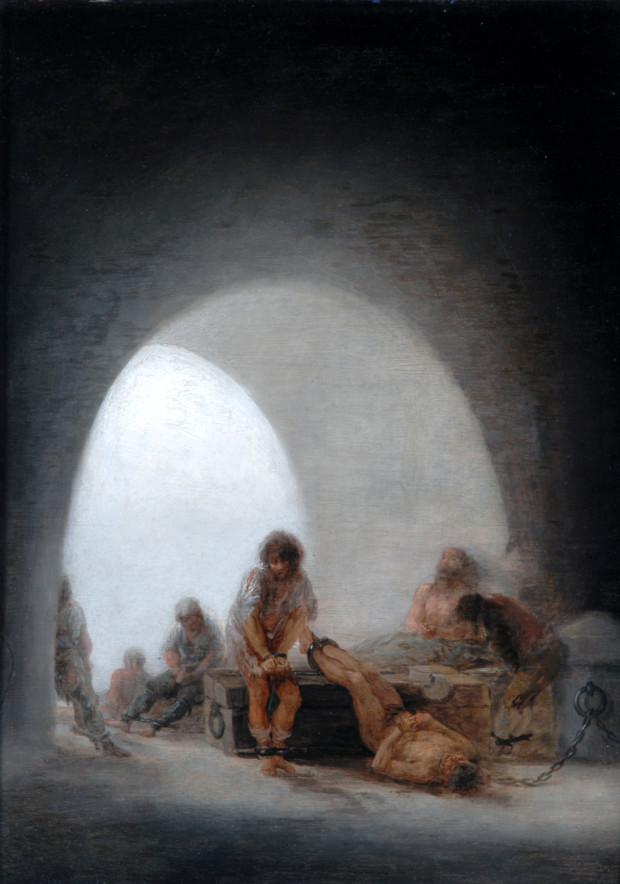 Going a little bit back in time, let’s look at El Greco’s famous painting – The Tears of St Peter. The great reresentitive of mannerism has depicted the saint with tears and guilt in his eyes. 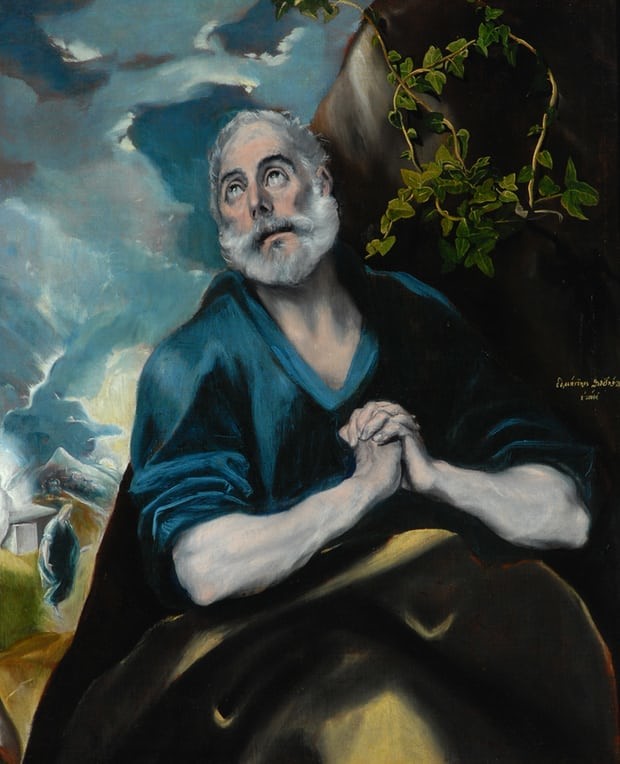 Amongst many great paintings of the period, the admiration of art at this exhibition can go beyond the works of the big-name artists. The collection also contains pieces from less famous painters, such as Tobias Restoring His Father’s Sigh by Antonio de Pereda. 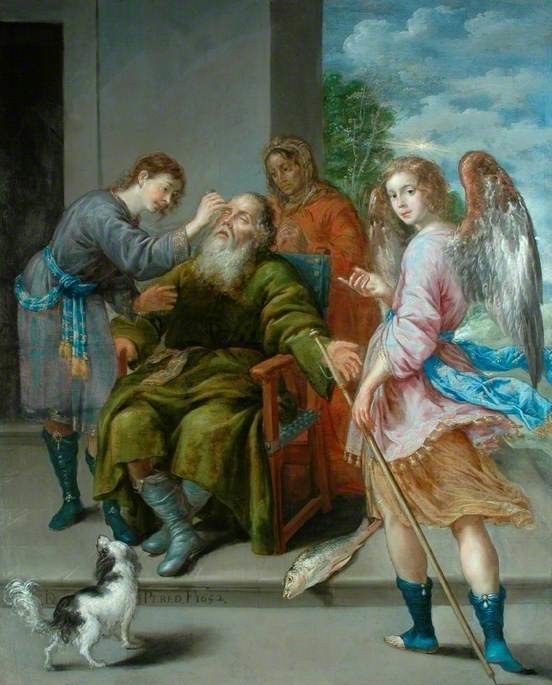 The Bowes Museum is called “the best place to see Spanish art,” and now these pieces are on display to the Wallace Collection in London. It’s a true must-see for every art lover! 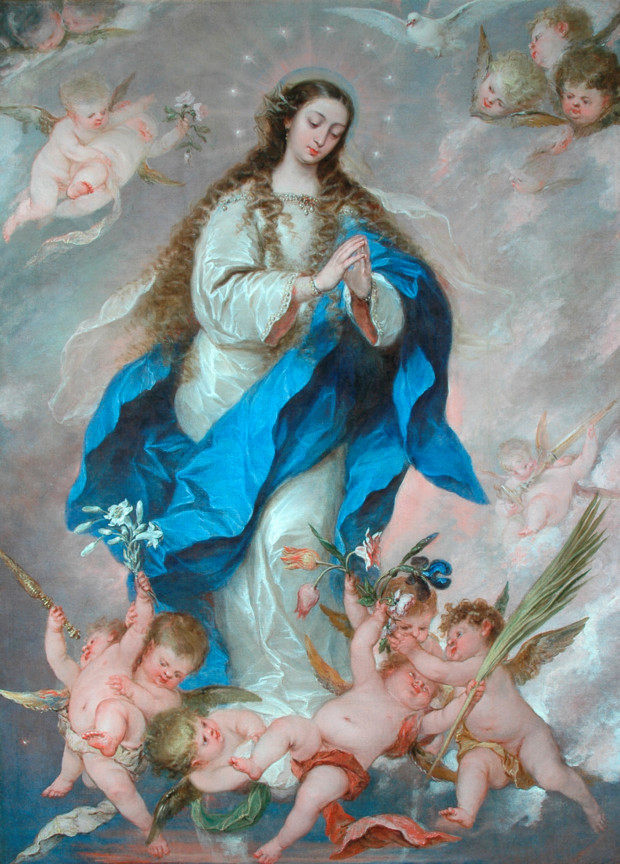