7 Surprising Masterpieces From J. Paul Getty Museum That Will Blow Your Mind 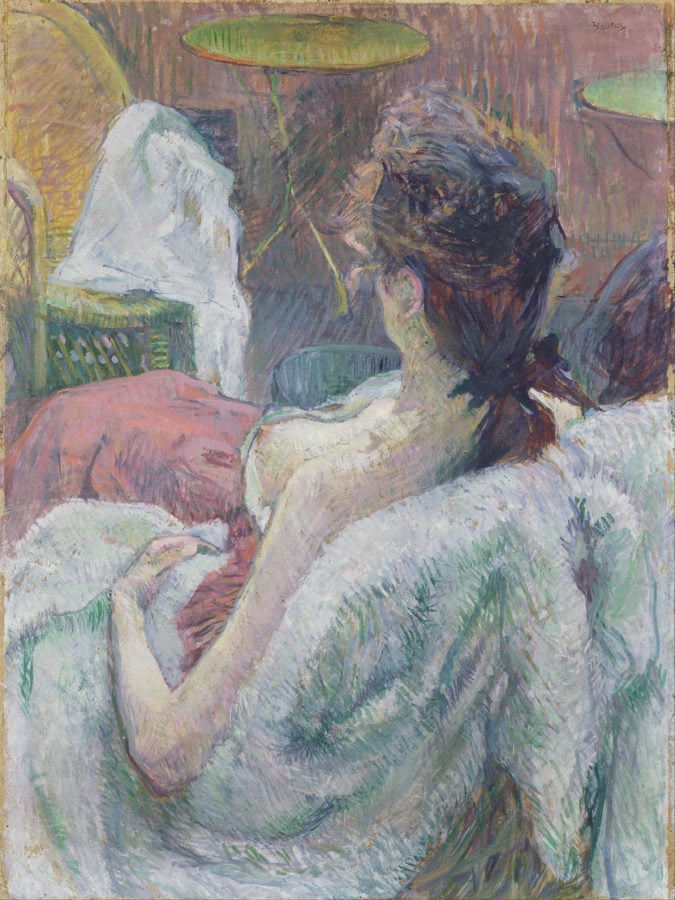 For the past month, every Sunday in our mobile app DailyArt (download it for free for iOS/Android) we have presented masterpieces from J. Paul Getty Museum collection that features Western art from the Middle Ages to the present. Today on DailyArtDaily we want to share with you seven masterpieces from Getty that will blow your mind… for various reasons. Enjoy!

Joseph-Etienne Roulin, a postal worker in Arles, was van Gogh’s friend. The artist drew and painted many portraits of Roulin, and apparently fascinated by him he considered him to be both a man of the people and a sage. Van Gogh was a magnificent draftsman what  is often forgotten. He believed that drawing was “the root of everything” and this medium played a very important role in his artistic life. Just look at Roulin’s hypnotizing gaze which confirms that!

This scene is probably painted from life, in a cafe or brothel. Henri de Toulouse-Lautrec explored “the pleasures of Parisian life” – the worlds of the theater, the cabaret, and the brothel. This viewpoint – with the woman observed from above and behind – emphasizes her submissiveness and the spectator’s control.

3. Edgar Degas, After the Bath

You must admit it, here Edgar Degas presented his model in a very awkward and inelegant pose. Devoted to Realism, Degas captured women engaged in mundane tasks, like laundresses ironing, prostitutes waiting for clients, and, most frequently, women bathing. Here, such an unnatural pose perplexed critics of Degas’ time who considered the lack of idealized forms and the ordinary subjects as misogynistic. And Degas was aware of that – he once said: “Women can never forgive me; they hate me, they feel that I am disarming them. I show them without their coquetry.”

4. Master of the Chronique scandaleuse, Denise Poncher before a Vision of Death

Who doesn’t love Middle-Age skeletons? Denise Poncher is depicted kneeling with her prayer book before terrifying Death, covered in rotting flesh and holding numerous sickles. The jarring contrast between her innocent loveliness and the horrific specter looming above her is heightened by the presence of three victims lying on the ground nearby, who Death has already taken. What a courageous woman she was! This image was all about memento mori – the symbolic reminders of mortality.

This painting shows a decapitated human head. Gauguin was lucky – just after his arrival to Polynesia the Tahitian King Pomare V’s died, however, this scene doesn’t correspond to actual accounts of Pomare V’s funeral because the body wasn’t decapitated. The title means literally “noble sleeping eyes,” when “sleeping eyes” is a phrase that implies “death.”  Why did Gauguin decide to show Pomare’s head decapitated? The artist thought of Pomare’s death as a metaphor for the loss of native culture due to European colonization. Also, Gauguin thought of himself as a martyr victimized by modern society, which compelled him to escape to a “primitive” culture.

A wiry-haired animal, perhaps a sloth, munches on a twig. A Latin text based on Jesus’ Sermon on the Mount appears above. Although thefont and image seem to correspond in style, the different elements on the page were made thirty years apart. The elegant Roman-style lettering was written by Georg Bocskay to display his mastery of calligraphy while the illustration was added later by Joris Hoefnagel, who saw in the diminishing script the suggestion of recession into space, an illusion defied by the two-dimensionality of the text.

Paul Cézanne rarely used nude models. As he said once to Renoir: “Women models frighten me.” Cêzanne contented instead with studying earlier artists and using the drawings after nude models that he had made in art school in Paris. The meaning of this painting is very unclear. The woman is confronted by devotees from different arts and occupations, among them you can find even a bishop, whose admiration seems to be quite aggressive. Like many of Cézanne’s nudes, the woman’s face is nearly blank, except for her red eye sockets.