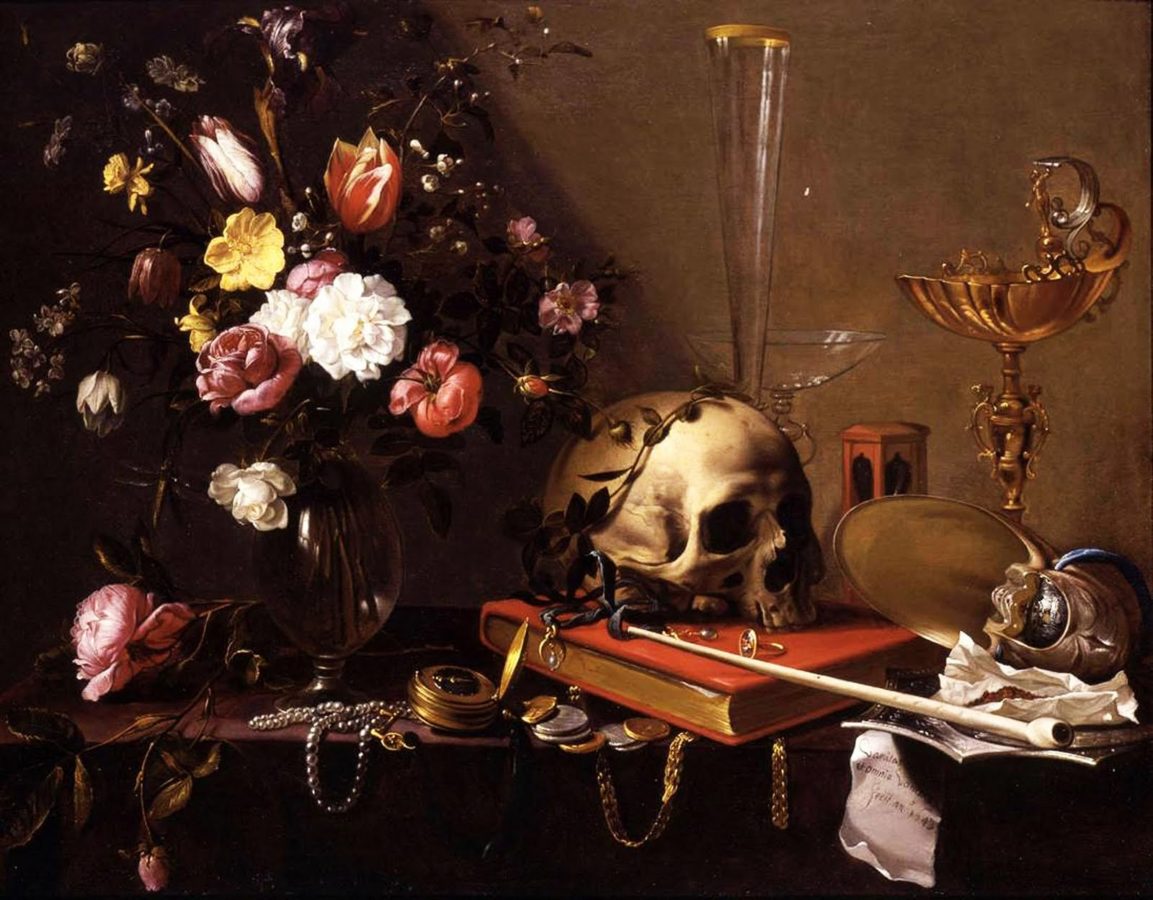 This is the second part of our article about the symbols in 16th and 17th century still lifes from the Netherlands. Read the first part here.

So, we are back with our small guide to still life symbols. Let’s continue! 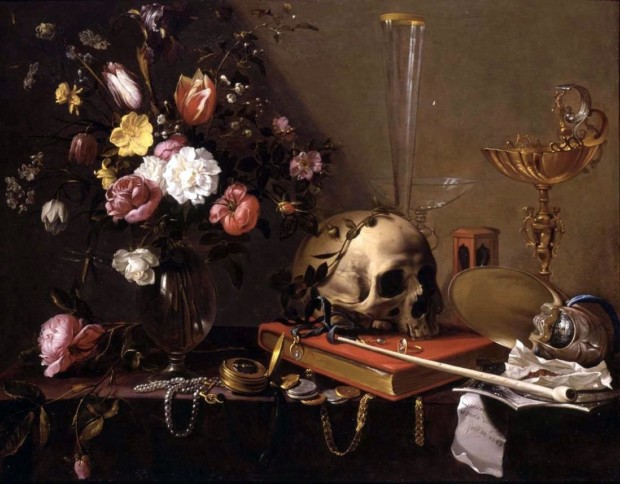 Lemons were very expensive back them. Therefore, it was a very popular item to depict, especially peeled. Lemons are so sour and bitter so they symbolizes the deceptive allure or attraction of earthly beauty.

The Lute with broken strings means death or discord.

Mirror: stands for truth or vanity.  By showing an image of a subject that reflect what others see.  This self awareness allows fruitful introspection and the viewers attempt to find the truth, or lead to simple vanity.

The mouse, being a very fertile animal, became a symbol of lechery and destruction.

The peach symbolizes truth and salvation, and is used as a replacement to the maligned apple

Shells, in a religious work, represent pilgrimages, or saints (It is a symbol of st. James, the patron of pilgrims).  The clam symbolizes the Virgin Mary.

Skulls or bones, when in the painting, obviously symbolize mortality. Memento Mori! The skull also represents inner contemplation, and eternity.

The sword symbolizes power, protection, authority, strength, courage.  It is phallic, (with the sheath representing the female reproductive parts) and many paintings with soldiers, swords and women in the painting had the sexual overtones within their meaning.

Artists during the Renaissance era also used things like monkeys, parrots and other birds, and cats.  The parrot, the birds, and the cat – like the monkey – personify specifically human failings.  The monkey represents chaos.  They also symbolize man entrapped by earthly and sensual desires.  Fun Fact: when the monkey is depicted holding an apple, it represented the fall of man.

If you find any joy and inspiration in our stories, PLEASE SUPPORT
DailyArt Magazine with modest donation. We love art history and we want to keep going with writing about it.
$5 $10 $25 $50 $100 MONTHLY
Related Topics:symbols