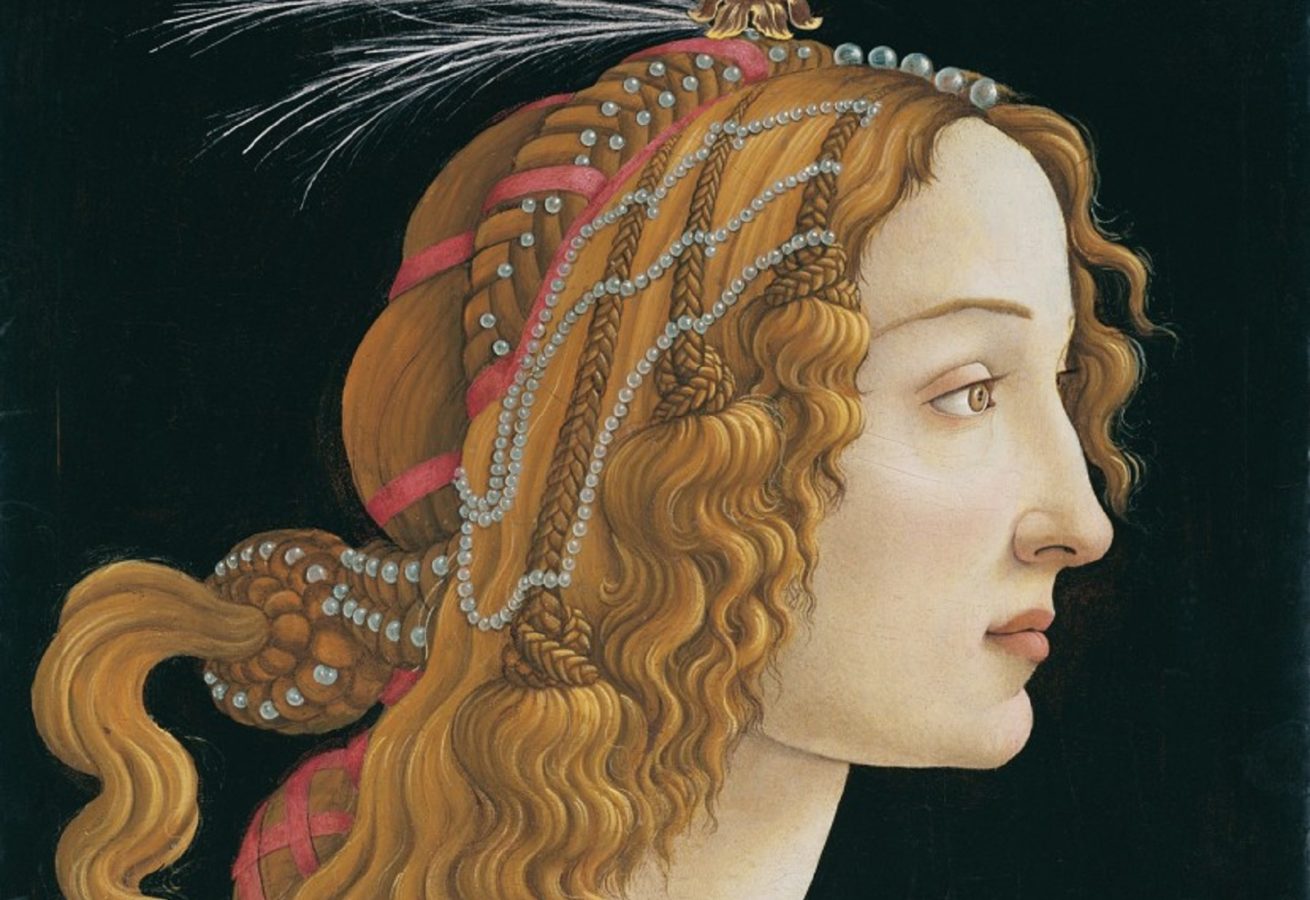 If you would like to spot one woman in Renaissance that could be called a Top Model – it would be Simonetta. Nicknamed La Bella, Simonetta was an Italian noblewoman from Genoa, the wife of Marco Vespucci of Florence and the cousin-in-law of Amerigo Vespucci (the one who came with an idea that what Columbus found is not Asia – but America). She was very beautiful. And famous Renaissance artists painted her a lot. 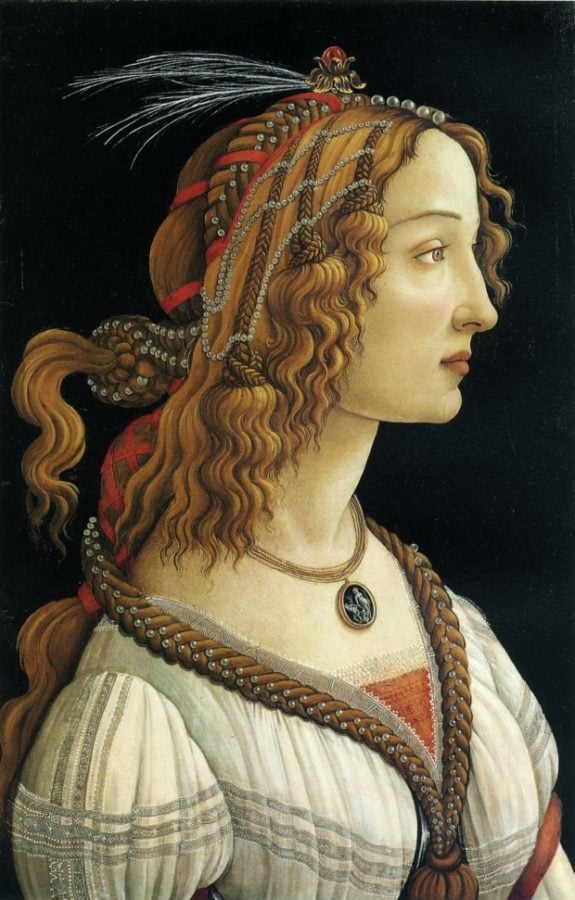 Simonetta at age fifteen married Marco Vespucci. They met in April 1469; she was with her parents at the church when she met Marco, who had been sent to Genoa by his father to study at the Banco di San Giorgio. Marco was accepted by Simonetta’s father immediately. He was very much in love with her, so the marriage was logical. It was also logical because Marco’s family was well connected in Florence, especially to the famous Medici family.

Simonetta and Marco were married in Florence and the beautiful girl became instantly popular at the Florentine court. She was discovered by Sandro Botticelli and other prominent painters. The legend says that every nobleman in the city was besotted with her, including the brothers Lorenzo and Giuliano of the ruling Medici family. Lorenzo was pretty busy with affairs of state, but his younger brother was free to pursue her. 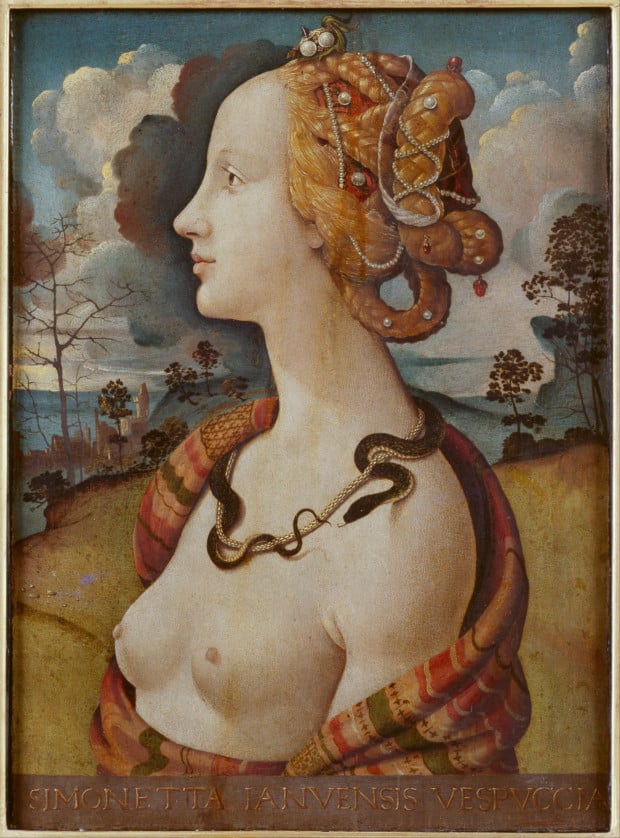 At La Giostra (a jousting tournament) in 1475, held at the Piazza Santa Croce, Giuliano entered the lists bearing a banner on which was a picture of Simonetta as a helmeted Pallas Athene painted by Botticelli, beneath which was the French inscription La Sans Pareille – it means “The unparalleled one”. From then on Simonetta became known as the most beautiful woman in Florence. 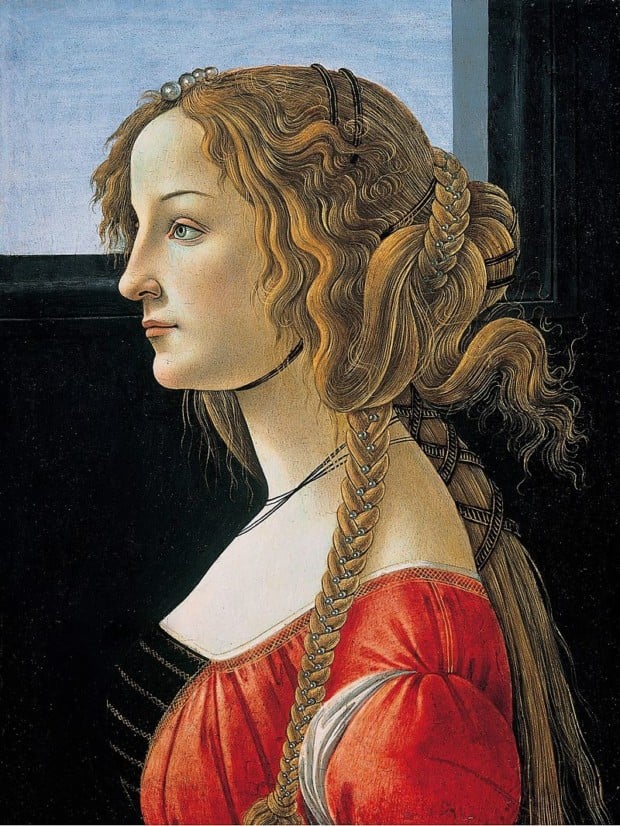 Giuliano won the tournament and the affection of Simonetta, who was nominated “The Queen of Beauty” at that event. It is unknown, however, if they actually became lovers.

Unfortunately, the glorious life of Simonetta ended quickly. A year later she died, presumably of tuberculosis, on the night of 26–27 April 1476. She was twenty-two at the time of her death. 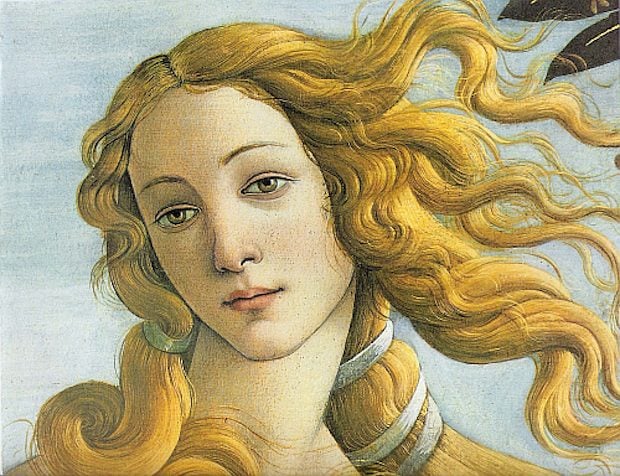 Now we came to the most exciting thing about Simonetta’s story. Botticelli finished his The Birth of Venus in 1485, nine years later after Simonetta’s. Some have claimed that Venus in this painting closely resembles Simonetta. Some art historians say it’s a “romantic nonsense” – to be honest, there are is no evidence that Venus has Simonetta’s face. But why wouldn’t she? On the other hand, another art historian suggests that Botticelli also had fallen in love with her. He requested to be buried at her feet in the Church of Ognissanti – the parish church of the Vespucci – in Florence. His wish was carried out when he died some 34 years later, in 1510.

Botticelli never wed and expressed a strong disliking to the idea of marriage, a prospect he claimed gave him nightmares. But the story of La Bella Simonetta, the great muse of the great artists and the most beautiful woman of Renaissance, remains.