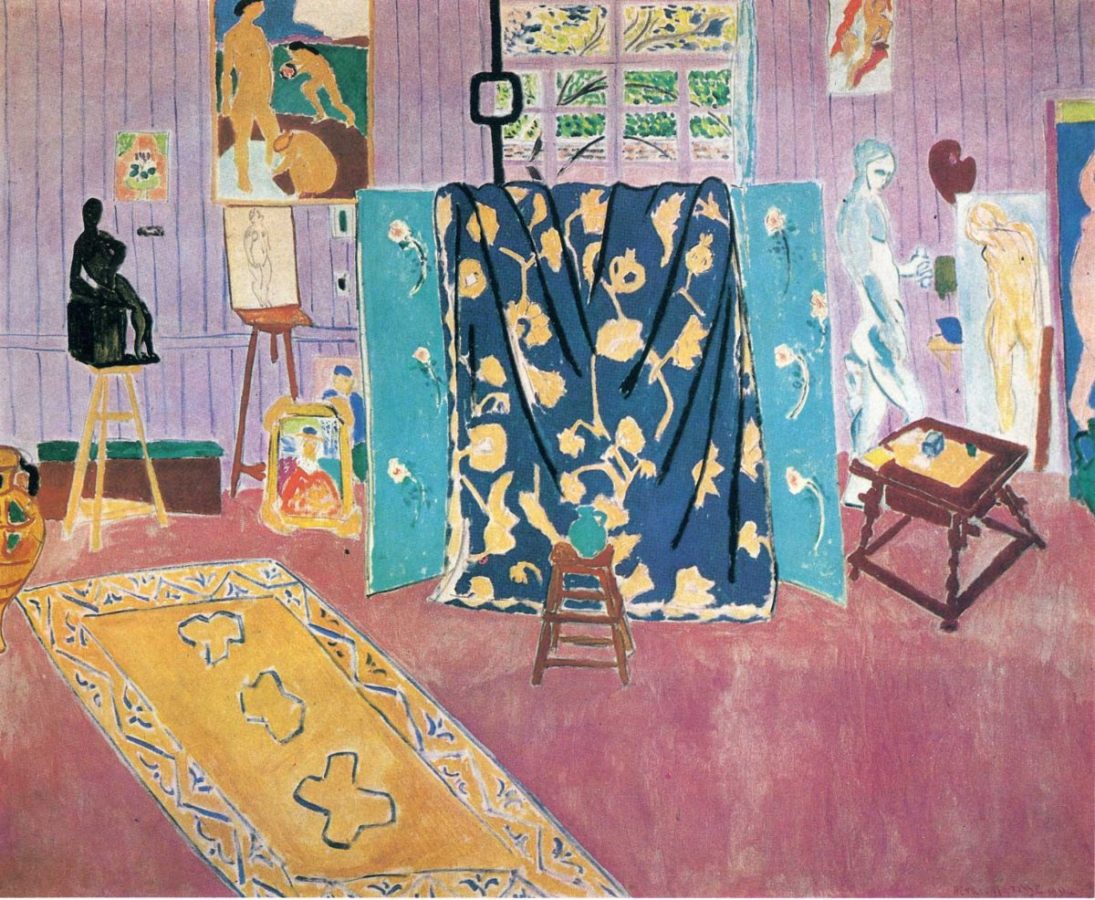 I’m moving house again and today I’m doing the final packing. Although I like my mobile living, I find it always so nostalgic to leave my own piece of the world, my private bedroom.

De Hooch was a master of peering into private spaces of his contemporaries as most of his paintings are glimpses of domestic life. How to recognize a de Hooch interior? He usually painted a room with an open window or door, which depeened the perspective of the painting and added a symbolic message of hospitality and pure life. Such views through an open door/window have even a specific art-historical term doorkijkje from Dutch ‘glimpse’.

When Your Bedroom Becomes Famous

This is probably the most famous painting presenting a private bedroom. Van Gogh painted it because he wanted to capture the sense of tranquillity he felt while being there. His choice of the colour palette was not arbitrary, as he described in a letter to his brother Theo: “I wanted to express absolute repose with these different colours and so he picked the pale, lilac walls, the uneven, faded red of the floor, the chrome-yellow chairs and bed, the pillows and sheet in very pale lime green, the blood-red blanket, the orange-coloured washstand, the blue wash basin, and the green window.”

When Your Room Means Security

In 1899 Felix Vallotton married widowed Gabrielle Rodrigues-Hénriques, daughter of Alexandre Bernheim, who was a successful art dealer and founder of the Galerie Bernheim-Jeune. Not only did it mean that he had to leave the Latin Quarter to set up new home in a spacious apartment on the Right Bank of the Seine near the Gare Saint-Lazare, but he also adopted Gabrielle’s children from her previous marriage. However, Felix had nothing to complain about: this marriage brought him financial security, he could dedicate himself to painting and forget about petty jobs he did to earn his living. Moreover, the link established with the Bernheim family let him prepare a special exhibition devoted the Nabis, which included his works.

When Your Room Is a Meeting Place

Ainmillerstrasse was a street in Munich which at the beginning of the 20th century became a stronhold for the artistic bohéme. Among Rilke, Schonberg, Marc there were also Wassily Kandinsky and Gabriele Münter who moved in together in 1908 (as an unmarried couple, since they married in 1911 after 8 years of engagement). The two had met in 1902 in the art school “Phalanx”, where Kandinsky worked as a teacher.

When Your Bedroom Gives you Pleasure

Gwen lived in this attic room of 87 rue du Cherche-Midi between 1907 and 1909 and she loved it there, as she confessed in her letters: “I must tell you… what a feeling of contentment my room gives me. I take my meals at the table in the window… In the evening my room gives me a quite extraordinary feeling of pleasure.” In this painting, which is one of the series of interiors that John painted during her career, we can sense this feeling of blissful calm that permeates Gwen’s work and shows the influence of 17th-century Dutch interiors.

When You Have to Escape Your Room

Here Freud painted himself with Lady Caroline Hamilton Temple Blackwood, the Guinness ale heiress, lying in bed. They both seem distressed and uneasy, as the painting was painted shortly after the two had eloped after Freud’s divorce from his first wife. However, Lucian and Caroline didn’t last together for long, she left him and Freud never remarried, although he had many relationships.