Ten Most Expensive Paintings Ever 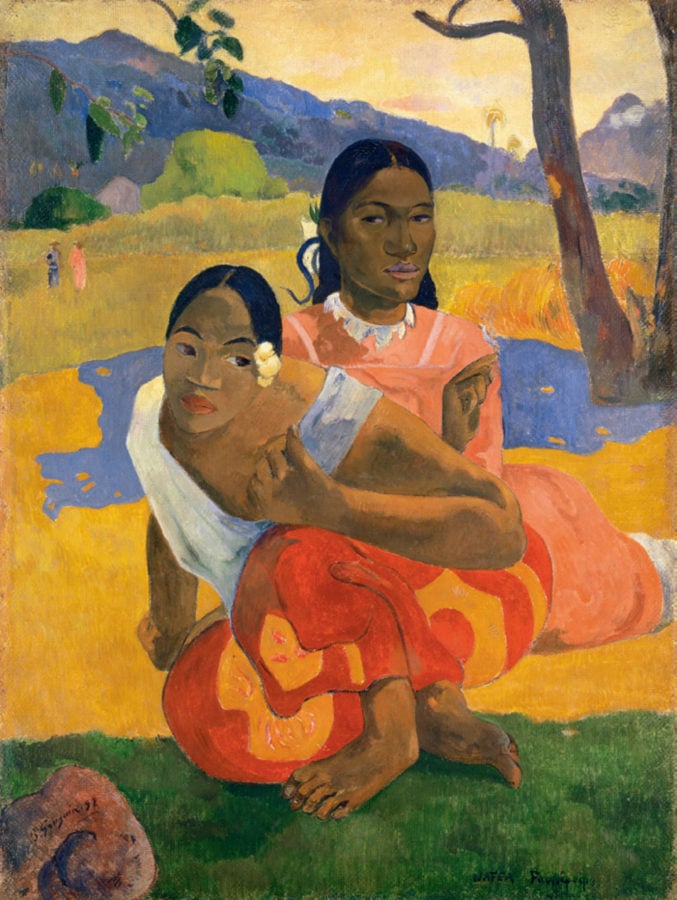 Can you think of a world in which there would be discounts on works of art? It's so unreal that I find it hard to imagine. However, I still can keep dreaming that one day I'll be able to afford an original piece by someone who isn't my an-aspiring-artist-friend. And if I dream, I dream far, choosing among these ten most expensive paintings in the world.

This work by Jackson Pollock was bought by Mexican businessman, David Martínez, in 2006. It's a wonderful painting with a rich history, as it had been damaged before reaching its first owner Alfonso A.Ossorio. Apparently Pollock smudged some paint over the damage saying: "He'll never know."

First time at auction and already kicked the ceiling achieving the second-highest auction price for a painting at the time: $170.4 million. This beautiful nude was bought in 2015 from Laura Mattioli Rossi by Chinese businessman and art collector, Liu Yiqian, who paid for it with his American Express credit card. The painting is part of a series of nudes that Modigliani painted in 1917.

In 2015, Sheikh Hamad bin Jassim bin Jaber bin Mohammed bin Thani Al Thani, an ex-Prime Minister and Foreign Minister of Quatar bought this Picasso inspired by Eugène Delacroix's 1834 painting The Women of Algiers in their Apartment. The painting is part of the fifteen piece rich series, each work carrying its own letter.

This pair of portraits is a curious case. They were not purchased by a billionaire but by the two prominent museums (Louvre and Rijksmuseum) which chipped in half-half to afford the price, which moreover has been a record price for any Rembrandt so far.

Where there is money, there is also deceit. The Water Serpents II features as proof in one of the biggest ongoing lawsuits in the art world. Swiss art dealer Yves Bouvier sold this painting to the Russian billionaire Dmitry Rybolovlev (who will reappear in this ranking as he is one of the largest private art collectors in the world). Before the transaction Bouvier didn't tell Rybolovlev that he was the real owner of the painting having bought it previously for $112 million. Instead he convinced Rybolovlev that the painting was worth much more than $112 million and that it was owned by a third party. In the end, Rybolovlev paid $183.3 million and an additional $3.7 million administrative fee. Quick calculation shows that Bouvier made a profit of $75 million! Eventually, the deceit was uncovered. Now Rybolovlev, along with Bouvier's many other victims, has brought charges and lawsuits against Bouvier. As of 2019, the litigation was still ongoing.

This magic Rothko had been bought by the same Dmitry Yevgenyevich Rybolovlev, this time a year before his ex-wife ordered him to pay over $4.5 billion as a divorce settlement. Not the luckiest guy I must say.

The fourth most expensive painting is another Pollock. This time it was handed to Kenneth C. Griffin, an American hedge fund manager, founder, and CEO of the global investment firm Citadel. Remember this guy, he will appear again…

This purchase was made in the name of the state by the Qatari royal family from the Greek shipping magnate, Geroge Empiricos. Interestingly there are four other versions of it, varying in size and showing different numbers of players. I wonder why this one was preferred. Anyway, you can see one of the other copies at the Musee d'Orsay in Paris.

I've put both paintings at the same second place because their exact prices are unknown and in various rankings they interchange spots. Four years after their purchase of Cezanne, the royal family buys again. In 2015 the state of Qatar paid approximately 300 million dollars for this Gauguin to the family of Rudolf Staechelin who was a Swiss businessman and art collector. We don't  know the exact price because the sale was private.

Kenneth C. Griffin is the owner of the second most expensive painting in the world. He paid slightly more than the Qatari royals, but again we don't exactly know how much more because the transaction between him and David Geffen Foundation was private. However, the painting itself isn't private: you can see it in the Art Institute of Chicago. Why is this de Kooning so precious? Is it because of the fact that this painting marked the change in style that de Kooning had made under the influence of Franz Kline?

On November 15, 2017, Salvator Mundi was sold by its previous owner Russian billionaire, Dmitry Rybolovlev, to Badr bin Abdullah, first and current Minister of Culture in the Kingdom of Saudi Arabia. The sale was groundbreaking as it shattered previous records at Christie’s exceeding all expectations. Allegedly Badr bin Abdullah bought the painting on behalf of the Abu Dhabi Department of Culture & Tourism, yet many reckon that in reality he might have bid for Saudi Arabian crown prince Mohammed bin Salman. Anyway, I hope they don't regret it and strongly believe it's a real Leonardo despite doubts about the attribution which has been questioned for years.

Well, I hope you're going to have successful shopping in your dreams about most expensive paintings.

Read more about the paintings of the rich and famous: